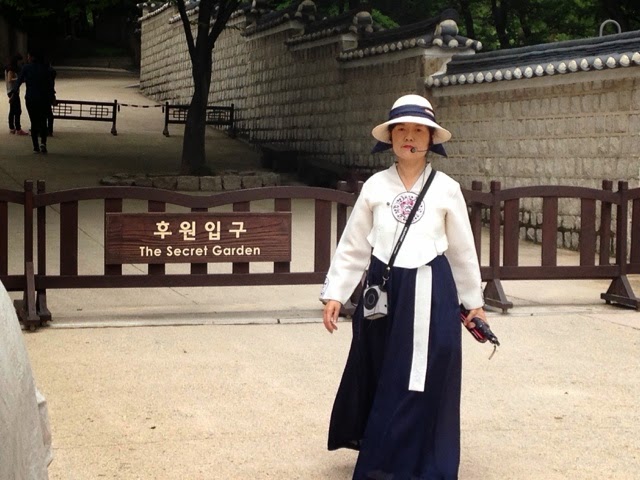 As I said before, the Huwon – the “secret gardens” – are only available by tour.  While tours can be terrific for learning about what you’re seeing; in this case it meant that instead of people being dispersed around the area, we were herded from place to place in one large, messy group.  The guide (pictured above) tried to keep everyone together, but with a good 50+ people there, it just became too obnoxious to handle and Jason and I generally hung back so we could get some pictures without loads of strangers heads inbetween us and the shots we wanted.
The gardens primarily consist of the natural forests of the area.  There are a few cultivated spots and many buidings, but it’s fairly wild as royal getaways go.  Numerous signs warned us of the dangers of the nearby wildlife (racoons apparently?). 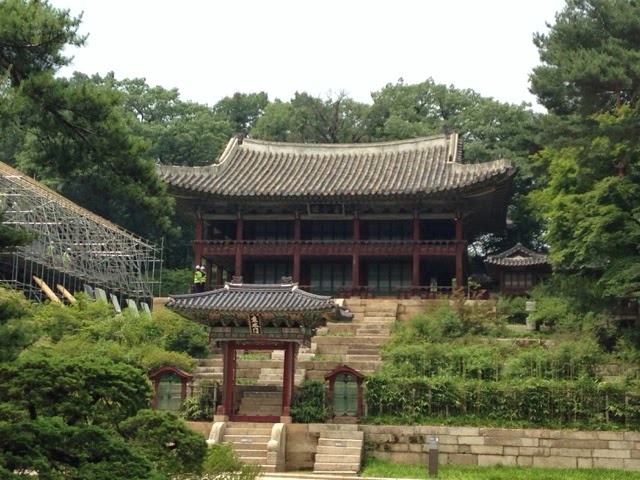 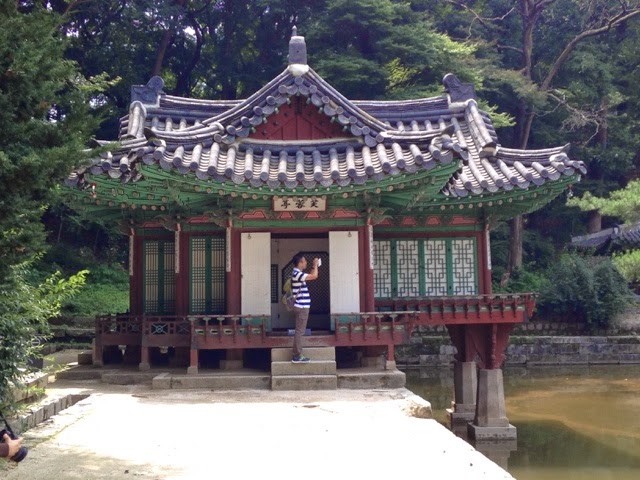 The lotus pavilion. It’s supposed to look like a man sitting with his legs in the water.  I don’t see it. 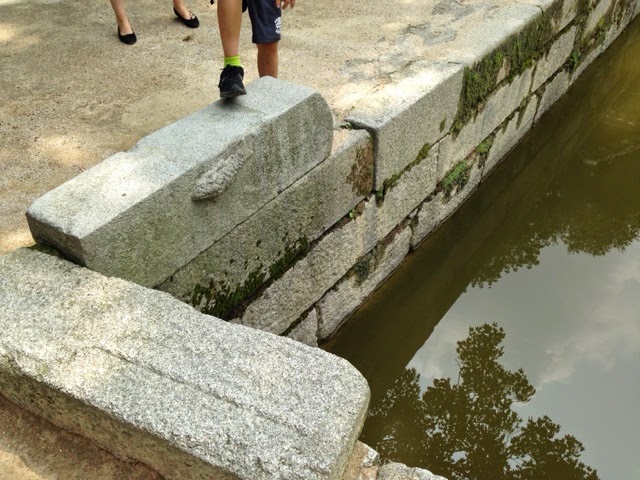 Rock wall at edge of pool with a bas relief of a fish jumping out of the water.  “To become a dragon,” the guide said.  “Like the king.” 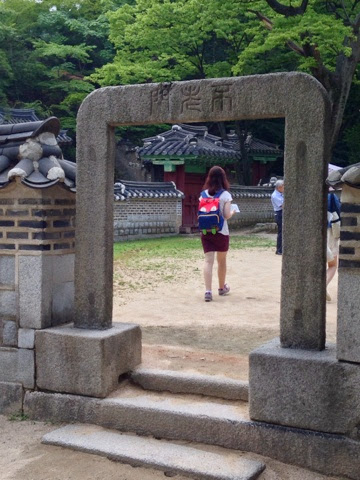 Gate carved from a single stone. 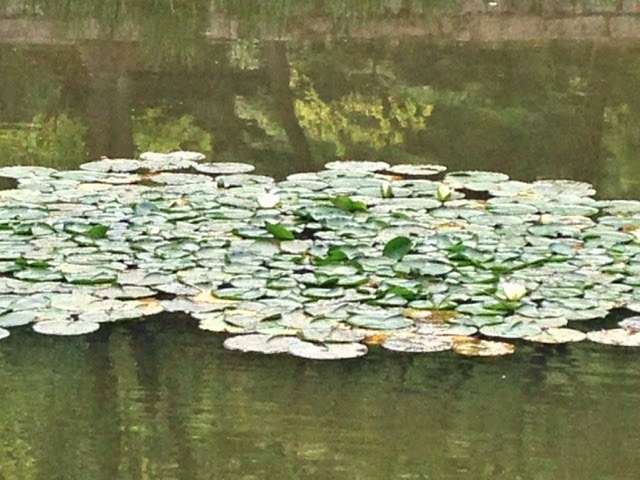 Actual lotuses.  Given the number of buildings that are inspired by this plant (i.e. every dang one of them), I explected there to be more of these about. 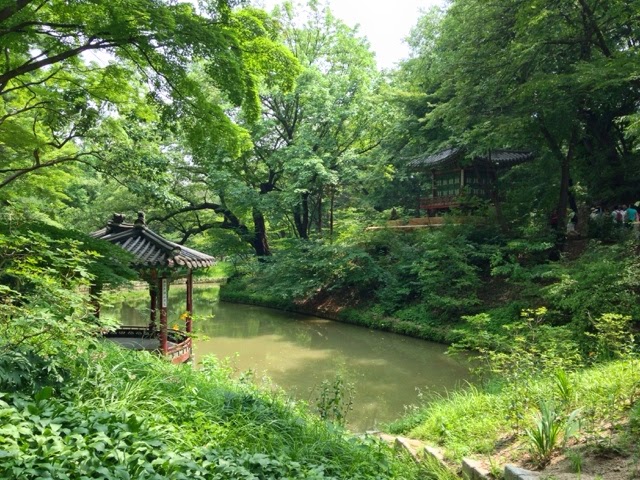 Pavillions, nature, and such. 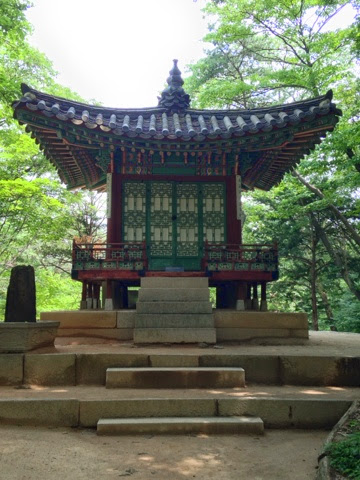 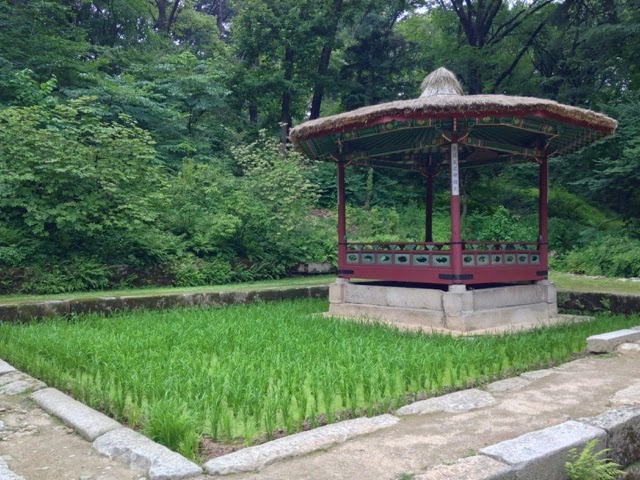 A rice paddy built for the king so he could better empathize with his subects  This felt a bit Marie Antoinette-ish, especially since it’s right next to where the king would host poetry writing parties while he and his guests floated their wine glasses in the nearby stream.
Seams a bit odd to me, but then again, I’ve never been to a poetry wrting party. 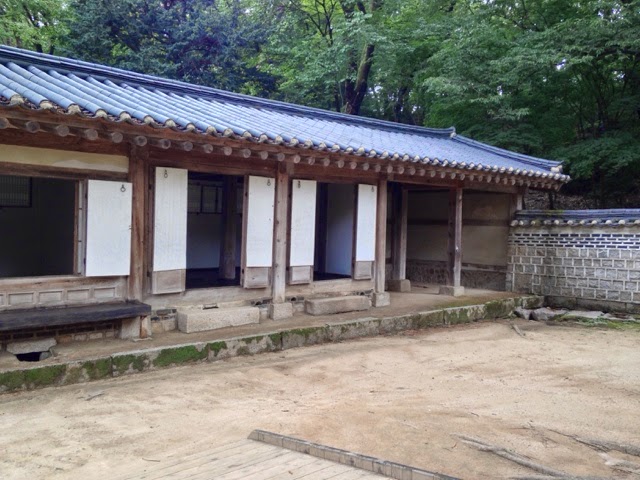 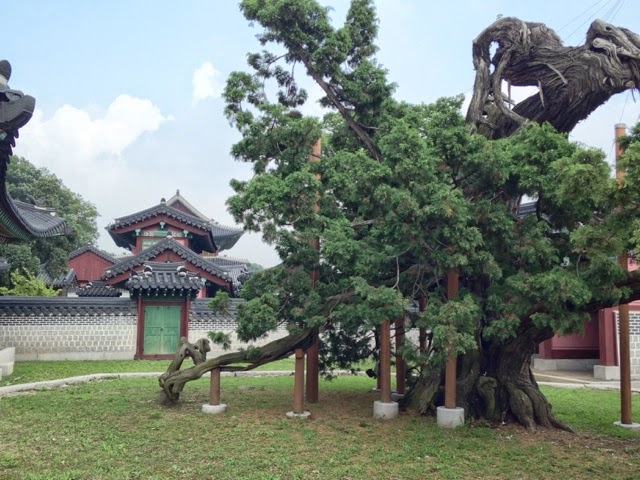 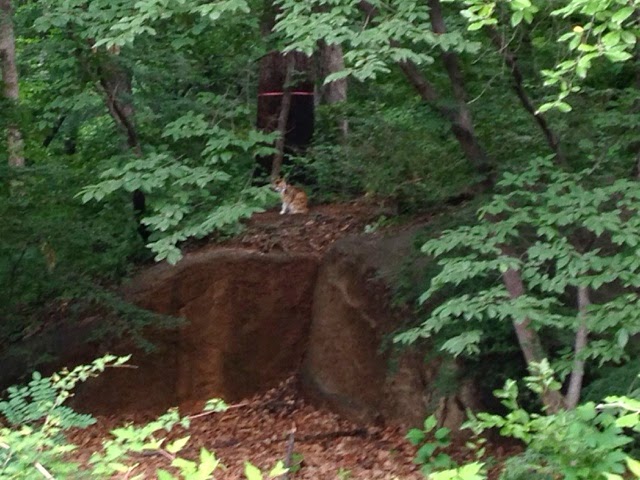 A lot of walking and not a single wildlife in sight.  I did, however, spot a cat. That made it feel much more like a European set of ruins.
We were fairly famished by the end, so we headed towards Anguk station to find some lunch.  We passed a place advertising Korean fried chicken.  That was on our list of foods to try, so we headed in.
The meal took longer than we expected and there wa an odd lack of an array of side dishes, but it did the job. 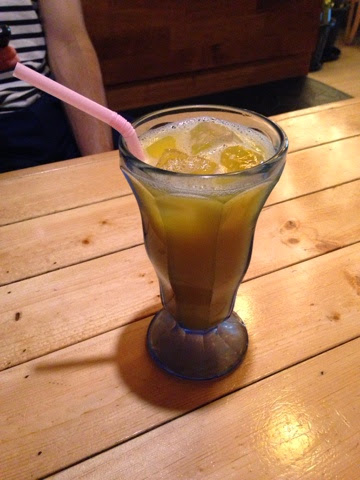 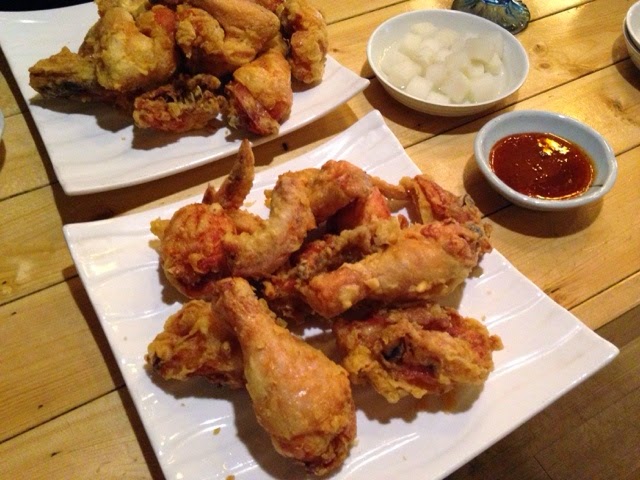