Going to a Korean bathhouse was a high priority on our touristy agenda.  After the phenomenon that was the hamam, I had high expectations for the super foreign awkwardness (and excellent ensuing stories) that public sanctioned nudity could bring.
We did our research, and everywhere pointed to the “foreigner friendly” Dragon Hills Spa.  So Wednesday morning we checked out of our hotel, stored our luggage, and took the metro to the Yansang station to find the promised resort. 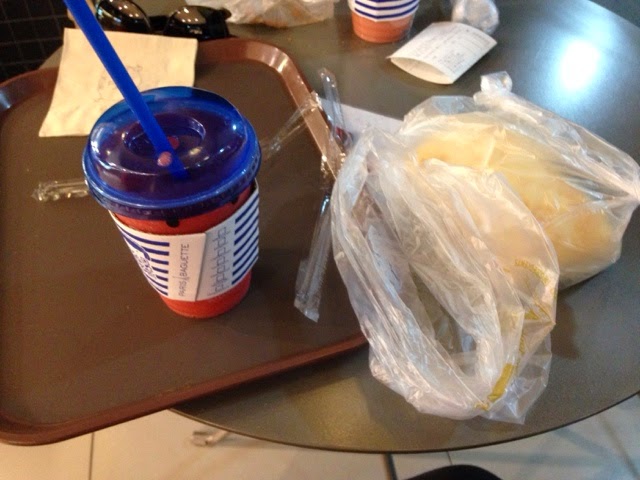 (Pausing at Paris Baguete for a quick breakfast, of course.  Today’s featured fresh stawberry juice, a blueberry bagel (not pictured because I ate it), and another cibatta cheese roll.)
I spotted two golden dragons when we exited the station.  The guidebooks had described this spa as Vegas-like, and those dragons definitely evoked that gaudy oasis. 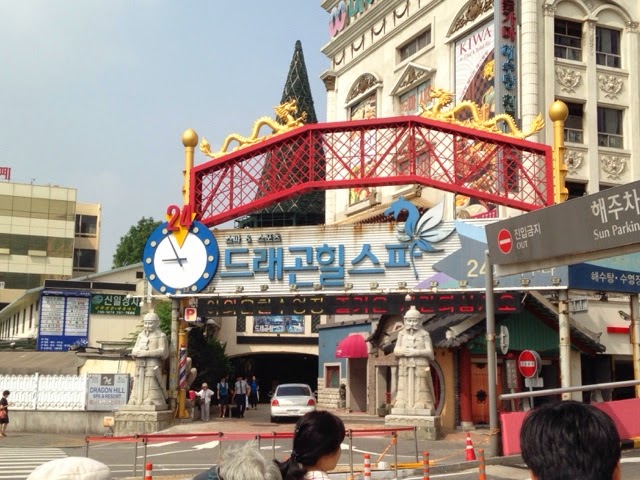 To the right, a massive parking garage.  To the left, a bamboo-lined walkway. 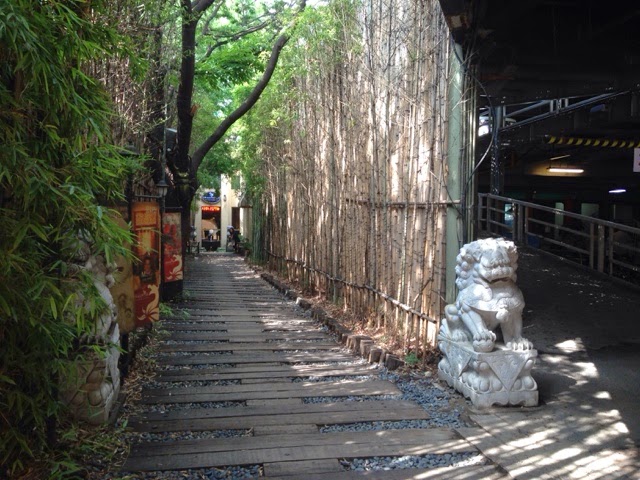 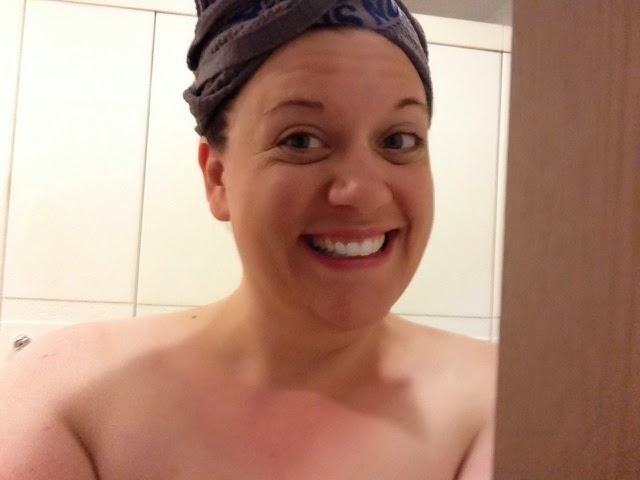 I then dried off, pulled on my normal clothes, and blew dry my hair (which took forever with their weak dryers and the humid air).
Jason was waiting downstairs,  in fact, he had been waiting for quite a while.  He didn’t seem too annoyed, but I felt guilty for missing our rendezvous time.
We gathered our shoes, turned in our wristbands, paid for the extra services, and headed back outside feeling relaxed and squeaky clean.
The metro station we came out of is attached to a mall, so we decided to get some lunch there before going on to our next stop. Before we found food, Jason found clothes.  We’ve both been admiring the fashion of Seoul, and soon Jason had an armful of clothes to try on. 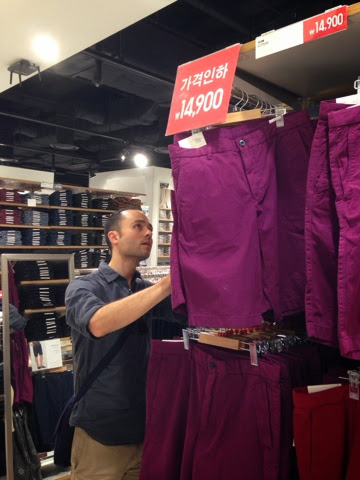 It was about twenty minutes into the men’s section that I stopped feeling guilty about taking a bit too long in the baths.
He did find some terrific outfits (wait until you see the white cropped pants with the navy button-down!), and we also found a food court. We grabbed a table at a Japanese restaurant and enjoyed the best meal so far on the trip.  Our mutual preference for Japanese food over Korean speaks well for the meals to come. 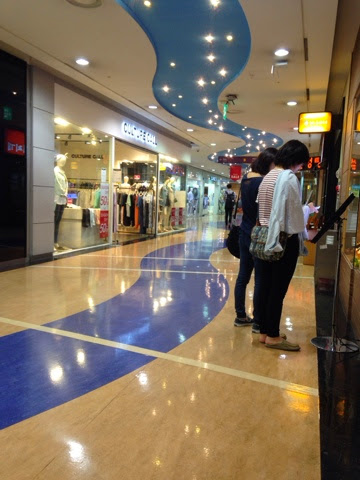 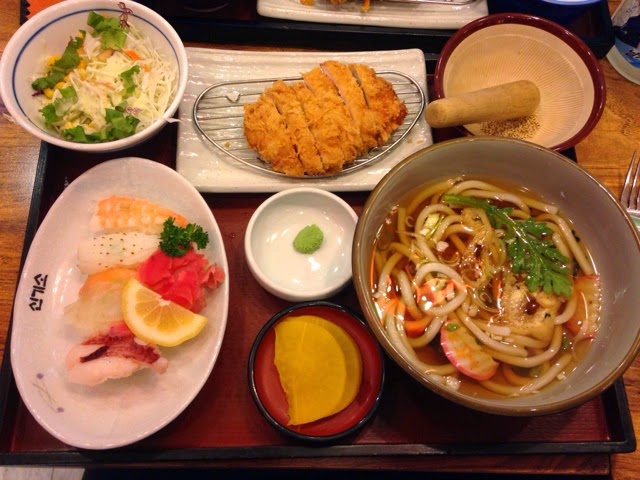 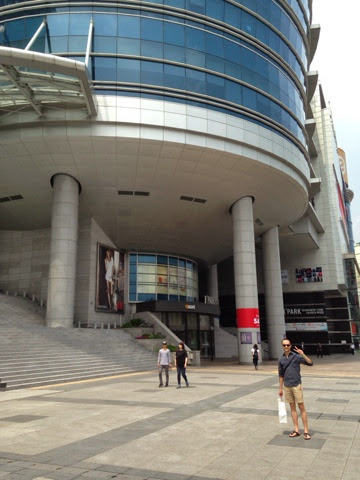 Jason outside the mall with his purchases
A friend of Jason’s recommeneded checking out the Samsung showroom, so we hailed a cab from here and headed to Gangnam (which, yes, immediately firmly wedged the song into my brain).
There were a lot of cool-looking buildings in this posh area: 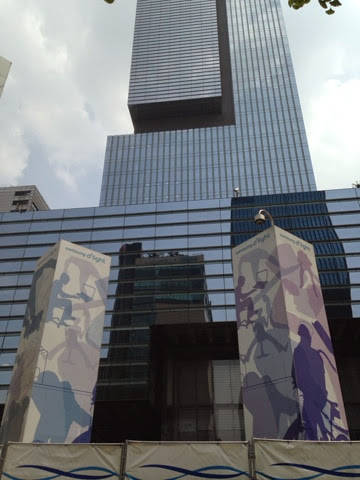 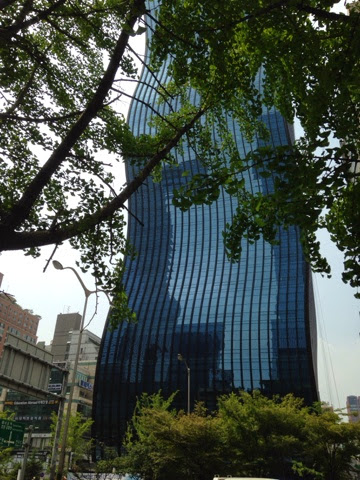 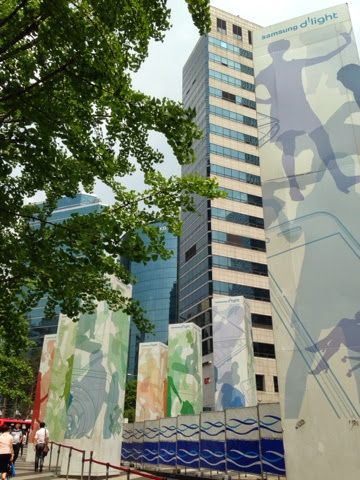 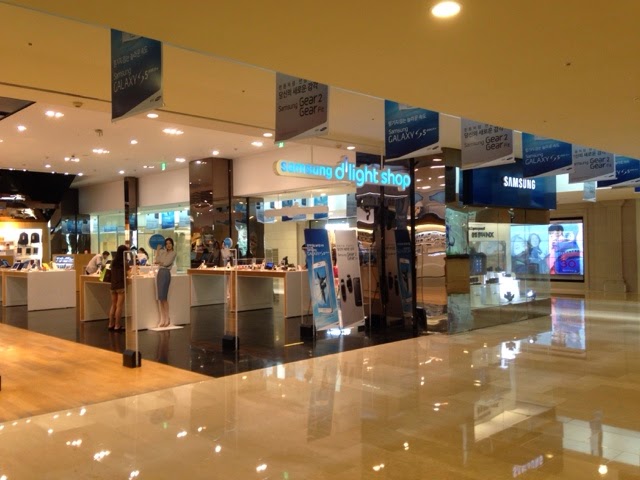 It was actually less impressive than we thought.  In fact, Jason suspects that perhaps his friend was referring to the Samsung Art Museum instead.
In any case, we experienced this “Semiconductor Ride” (not a ride – just a series of cool screen projections in a small mirrored room): 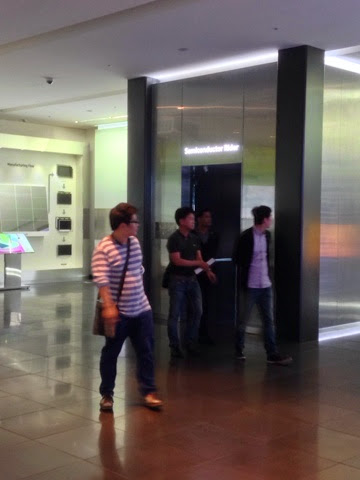 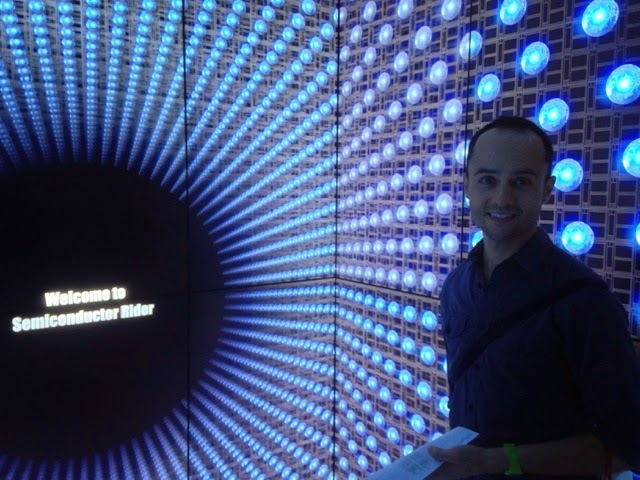 And watched some strange animated slug cartoons in a mini-theater: 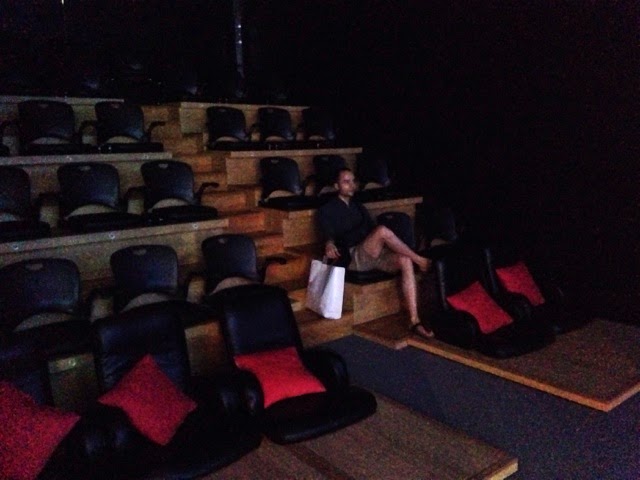 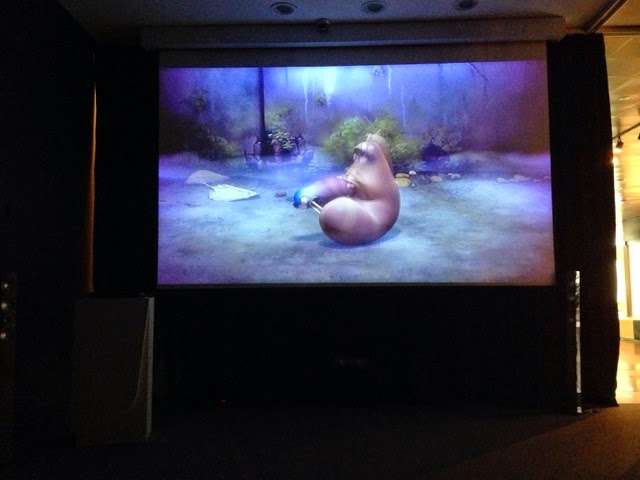 And looked at some showcases of Samsung products: 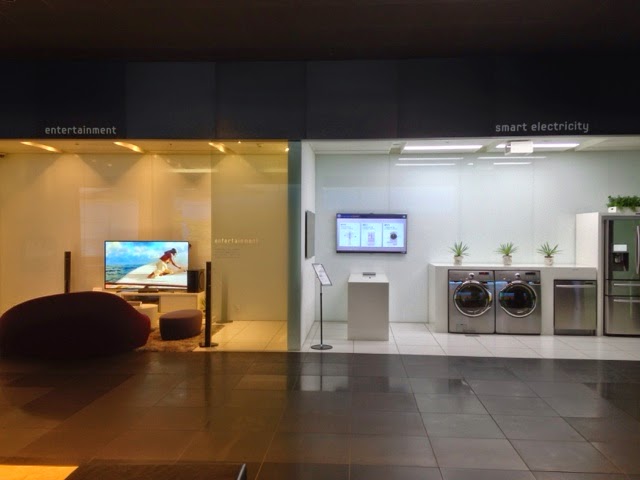 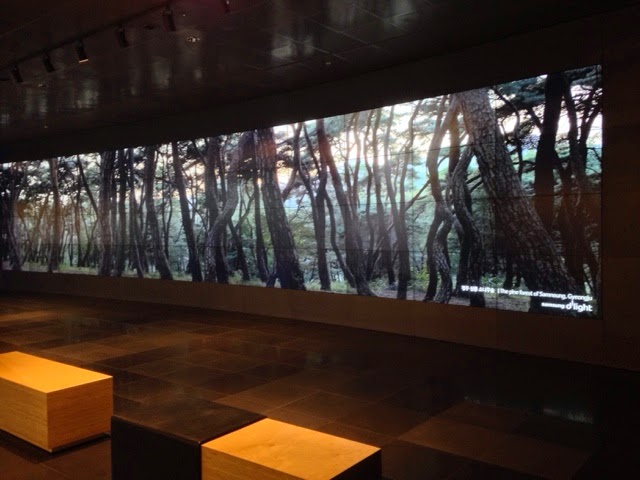 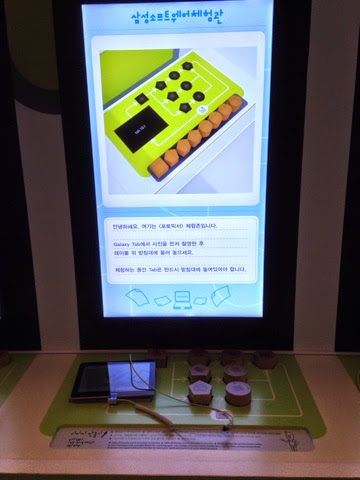 and documented the entire thing on our iPhones.