Carolyn and Dean recommended we hire Boris, a professional tour guide (and member of the stake presidency) in St. Petersburg.  They were quite right!  We had a super-informative day with a city native who speaks marvelous English.  For example, he pointed out this palace: 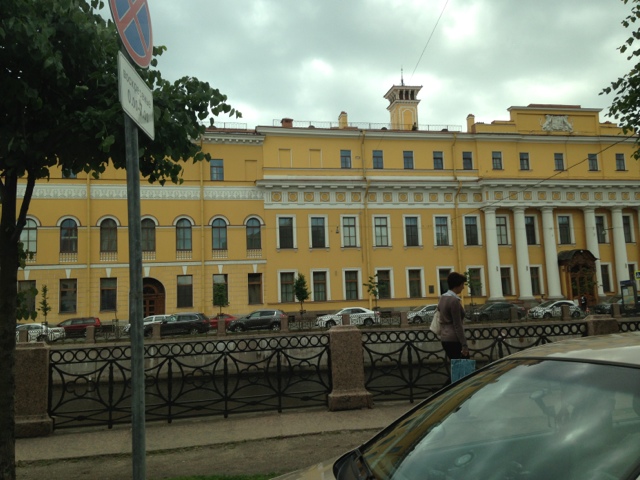 I would dismiss it as one of the dozens and dozens of palaces in the city.  Turns out, the part of the building on the left is where Rasputin was killed.
We learned about the sights of the city, the symbols (the trident, Peter’s keys, the anchor), and a lot about Peter the Great. Here are the photos: 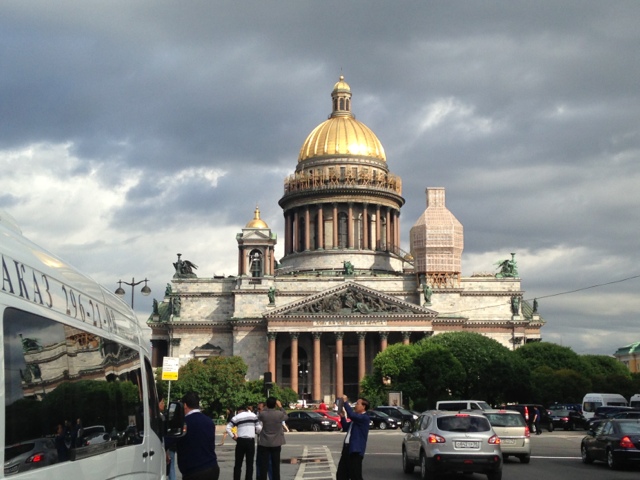 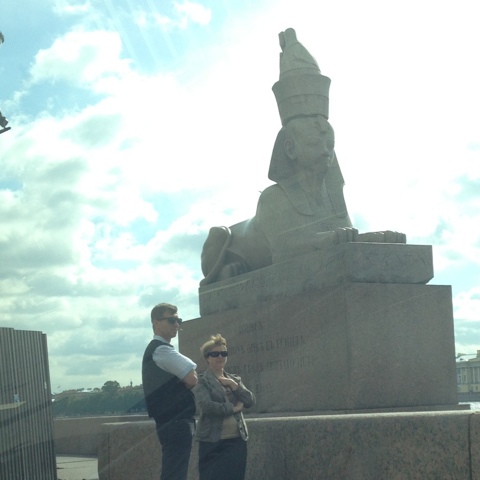 The oldest items in St. Petersburg – a set of sphinxes imported from Egypt. 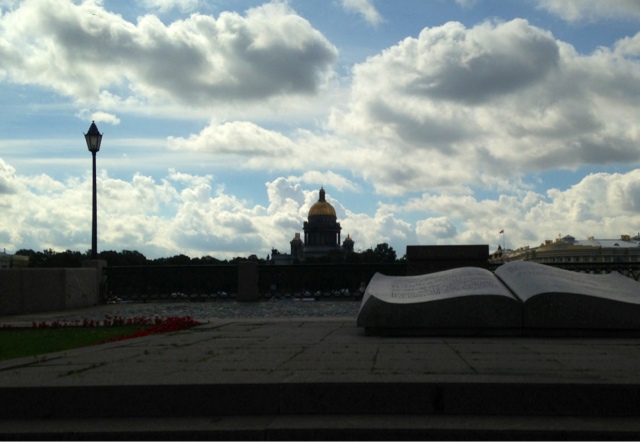 This book sculpture with a quote from Pushkin on it marks the site of the first bridge in St. P. 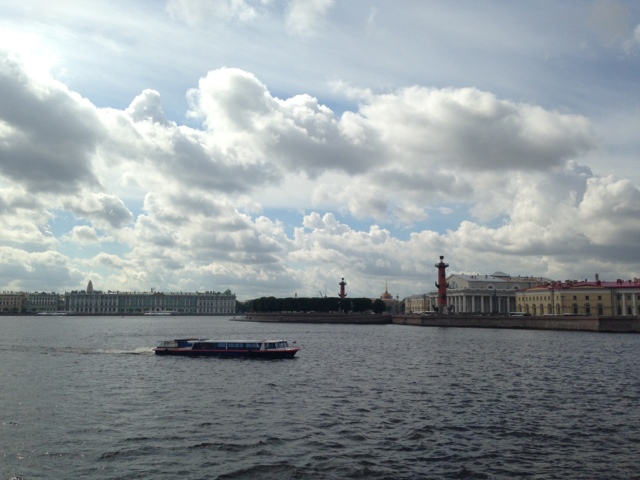 View of the lighthouses (right) and Hermitage (left) from Petrograd 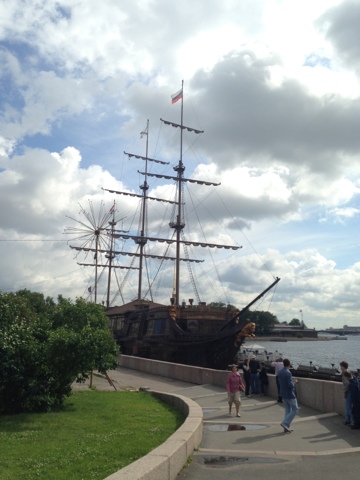 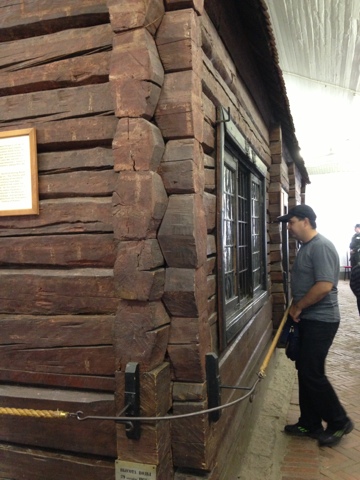 Peter the Great’s first house in St. P.
Shortly after deciding to found a city here, Peter the Great had a modest log cabin (painted to look like it was brick) built for himself.  He only lived there a few weeks, and within 7 years of him vacating it, they built a secondary building around it to convert it into a tourist site. 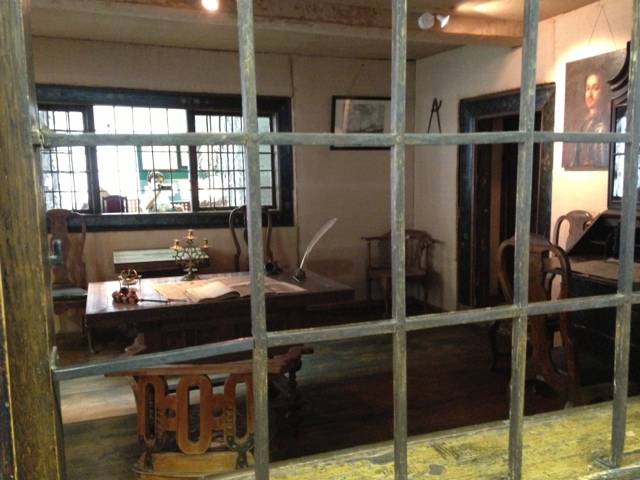 His office, with his portrait to the right and the arm chair he carved himself. 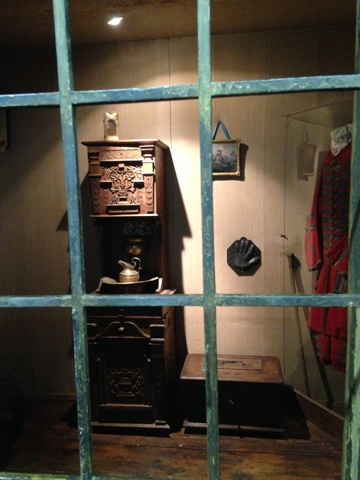 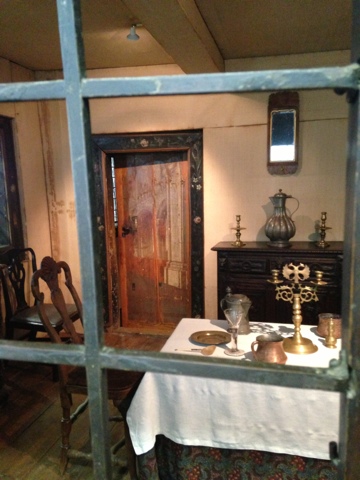 His dining room with some of the first glass produced in Russia (it was always imported beforehand) and a triompe l’oeil painting on the door. 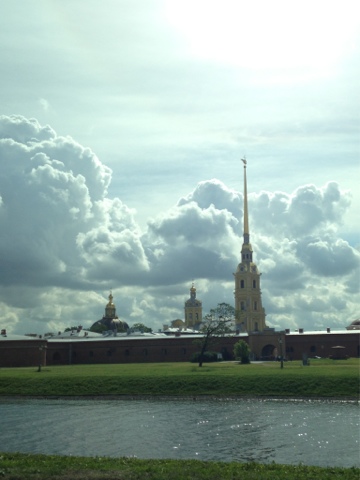 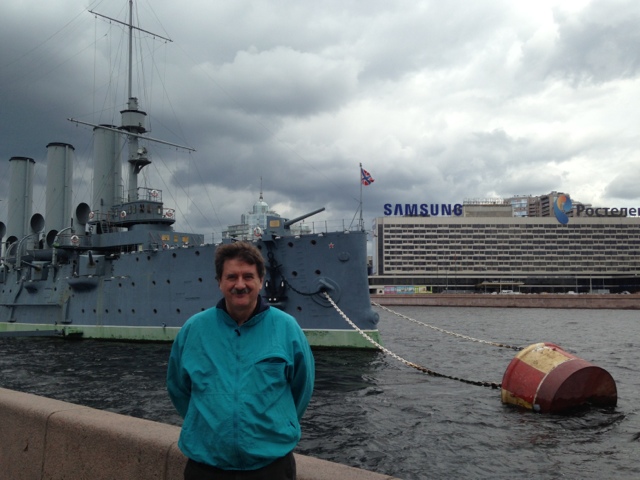 Dad in front of the Aurora.  The cannon over his right shoulder fired the blank shot that started the 1917 Revolution. 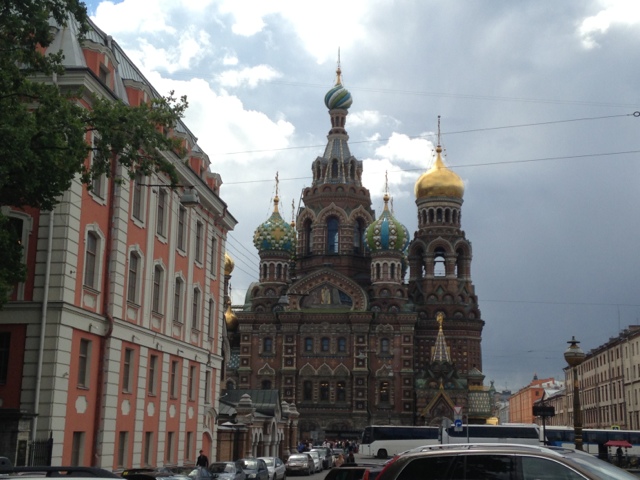 The back view of the Church on Spilled Blood