Jason took Friday off work (hooray!) and we picked up our rental car at St. Pancras Station and got out of town.

It was a relief after the heat. The day before was the hottest yet, hitting 96 degrees. Hot, yes, but so much worse in a humid city that doesn’t do air conditioning because it doesn’t get that hot. Supposedly.

In any case, we were heading upwards and northwards where the forecast was a good 20 degrees lower.

Powis (or Powys) Castle (or Castell) is best known for its terraced gardens. We did a tour of the castle interior first, which included an exhibit about the many purposes of portraits. Nothing outstanding, really, also from a nifty tiny-detailed watercolor of the smoldering Herbert of Cherbury.

The gardens, though, were a delight to walk through.

We also found a telephone box: 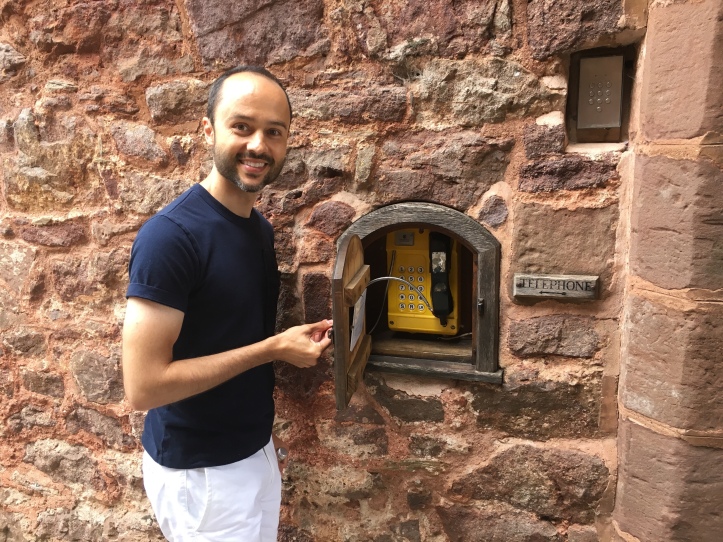 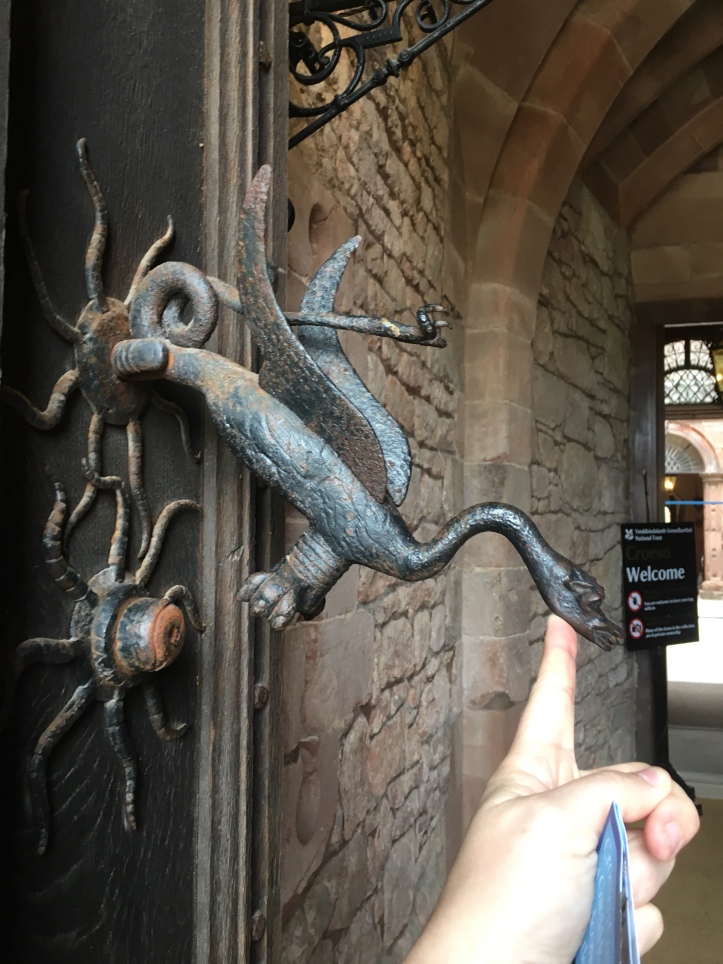 And we took tea in the courtyard (although my “two” was apple-raspberry juice and bara brith: 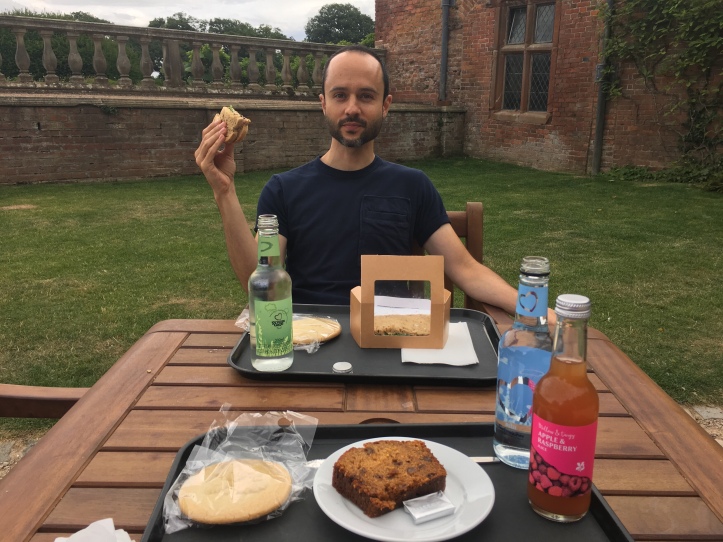 There were also great views of the countryside and sheep:

And they had these spiffy benches that rolled on one side and whose backs folded down to turn them into tables (Mom and Dad – you would love them!):

In fact, we lost track of time and didn’t leave until after they started locking everything up. We came out to the car park, which had been full when we arrived and now only held our little rental and some very tame deer having dinner: 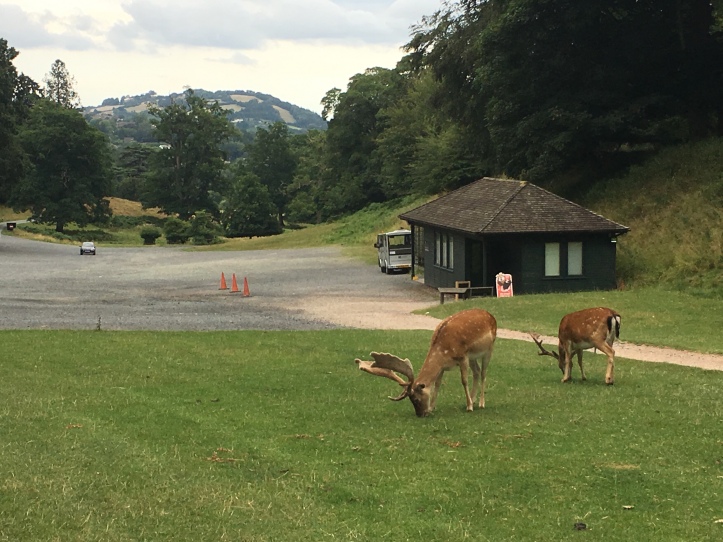 We stayed at a small inn outside of Powys, small enough that they didn’t even ask our names when we arrived. The host just said hello, grabbed keys, and led us straight to our rooms while recommending that we join him in the bar later for live jazz.

We had dinner there, took a walk along the canal, found some sheep:

and came back to find the jazz band playing with the inn’s owner on guitar. This was a bit of a surprise since dinner had been filled with the sounds of hard 80’s rock from the radio. Man likes his music!