We’re in India!  Whoo!
Honestly, I’m surprised at how calm it is.  Granted, I’ve pretty much only experienced the airport and our hotel thus far, but those are far calmer than likewise places in other major world cities.  I mean, when you compare the insanity that was customs in Beijing to this: It’s enough to make you believe those giant Buddah hands are doing something worthwhile.
My cousin Annie recently spent 6 weeks here volunteering.  She put me in touch with her host brother, a taxi driver.  He met us at the airport and took us to our hotel (which, to his dismay, was right next to the airport).
We settled into our rather spacious room: 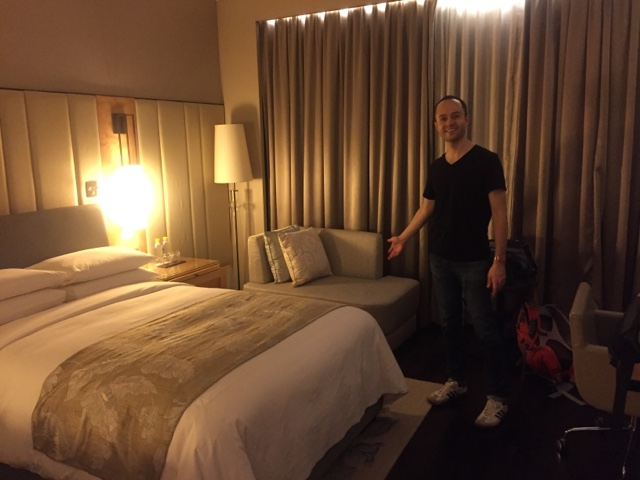 (Don’t worry, Mom, there is a second bed not in the photo.)
The bathroom design is a bit more… innovative, what with the bathtub/shower room accessible from the room itself via sliding frosted doors.  “Public bathing!” Jason declared. 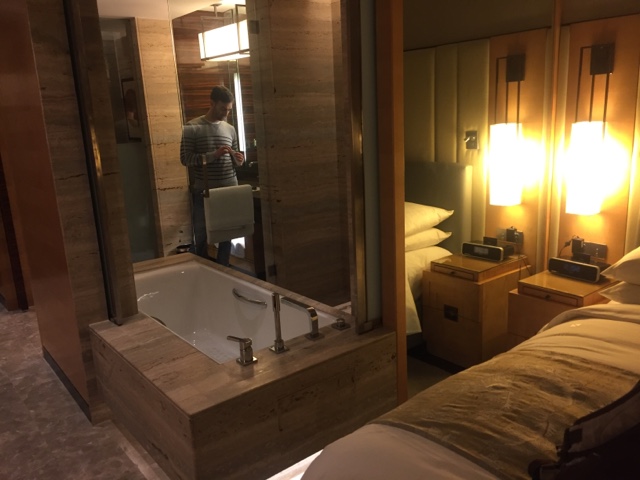 We’re waiting for Justin to go first out of respect for our elders.
The hotel has a couple of restaurants, including one that was still serving dinner, despite it being nearly 11 PM. 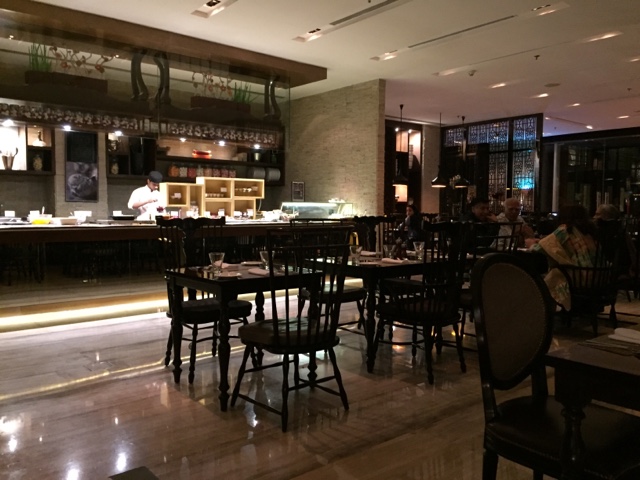 Thus we had our first Indian Food in India proper: 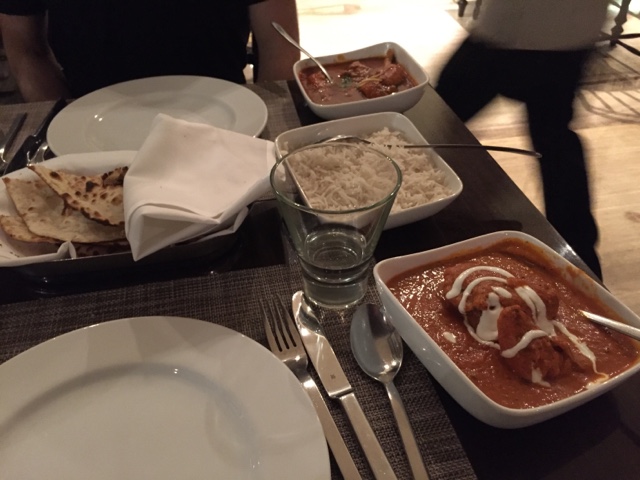 And it was delicious.