Sunday began with waiting in line yet again for another highly recommended place:

The food was good, but not quite worth the wait (plus, I like DenBisCo better).  We did make good use of the time in line, though, and hammered out plans for future travels (most likely a week in China this summer and somewhere exotic over Christmas)!

We drove to the other side of town to check out the Japanese gardens, which I enjoyed the last time I was in Portland.  I was eager to see them in a different season and with our newfound knowledge of all things Japanese thanks to our travels last year.  I missed the markers of the shrines in Japan (the red gates, the hanging zig-zags, the statuary), but these gardens are beautifully maintained and reminded me how friendly moss seems to be.

I also discovered upon looking back through my photos that I was apparently quite drawn to running water: 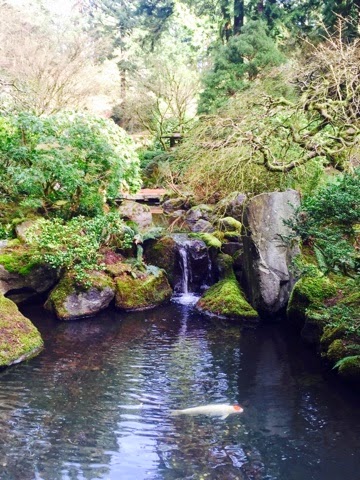 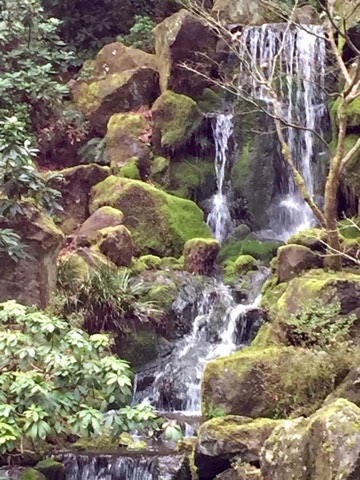 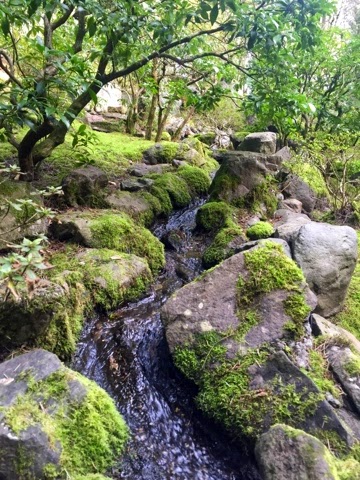 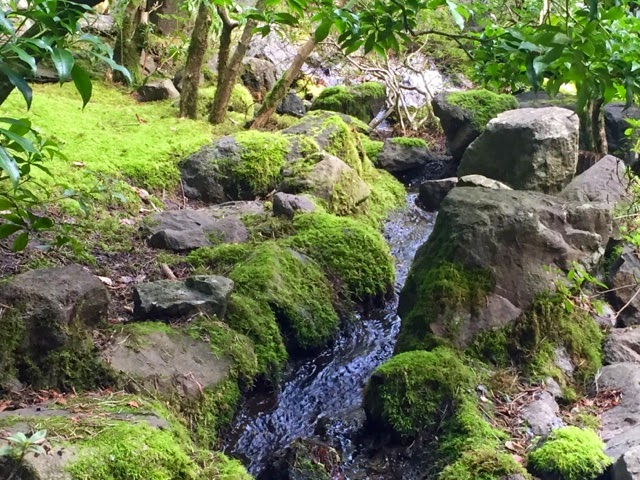 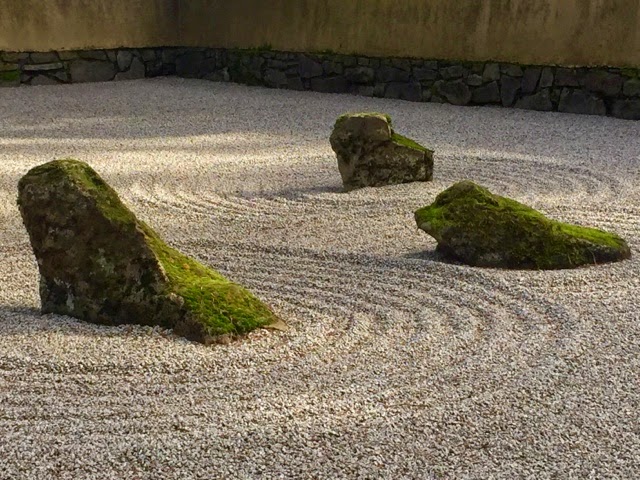 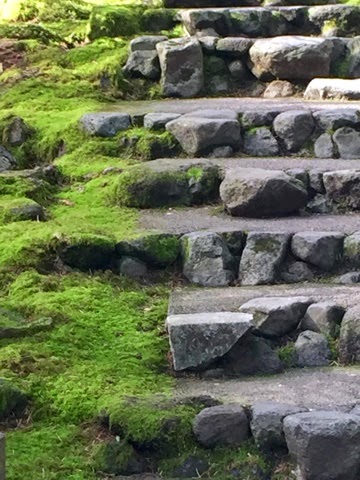 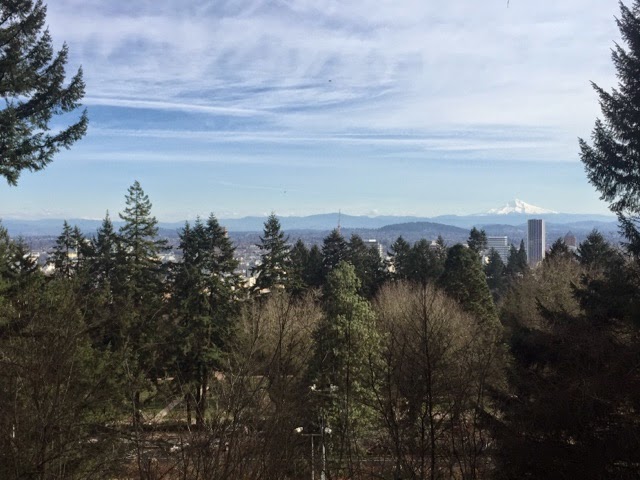 From there we headed to the Portland Art Museum to check out their special exhibit on Italian fashion in the 20th century.  They had some gorgeous dresses, but the real winner of the day was the “Forbidden Fruit” exhibit.

Sculptor Chris Antemann was commissioned to create a porcelain banquet scene, and she did so in the baroque style but from a post-feminist view.  The Garden of Eden-inspired figures and scenes are both stunning and hilarious, and we thoroughly enjoyed looking at the playful figures doing somewhat scandalous things: 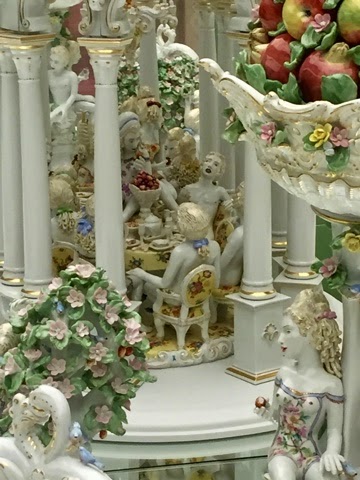 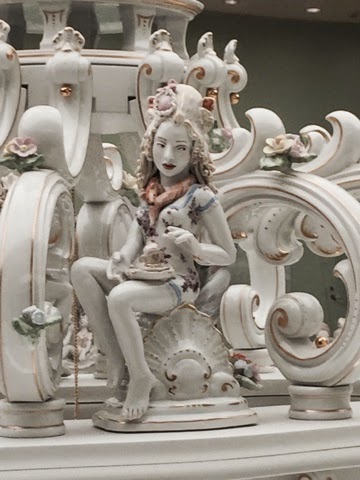 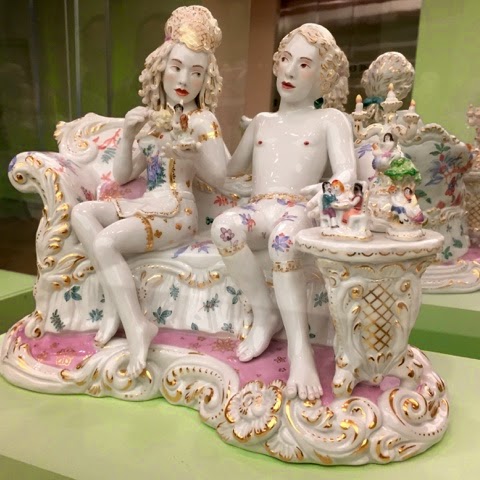 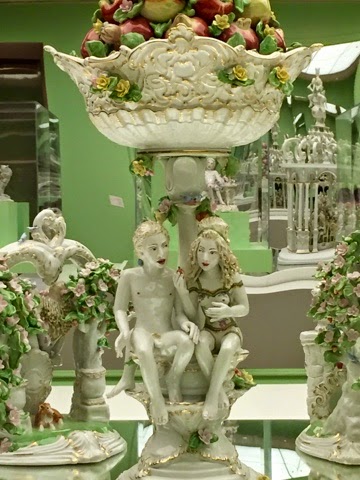 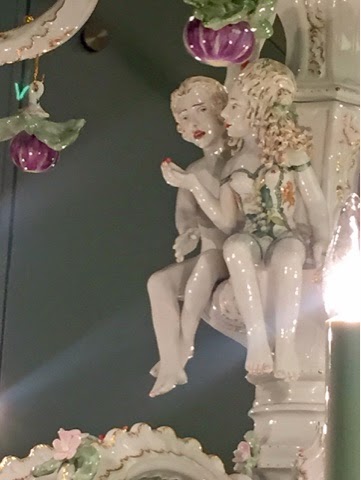 We grabbed a quick bite to eat at the grocery store, then headed back to Seattle.  A traffic jam in Portland pushed us to the time limit, but we happily made it to the Village Theatre in Issaquah just in time to see their production of “Around the World in 80 Days.”

The show suffered from the unfortunate situation of a good production of a bad play.  With just five actors playing several roles, they used tricks similar to those in “The 39 Steps.”  I enjoyed the theatricality, but the lone woman in the show and the script were both stiff and dislikable.

A quick scan of Yelp revealed a nearby Five Guys that was still open post-show, so we had a late dinner: 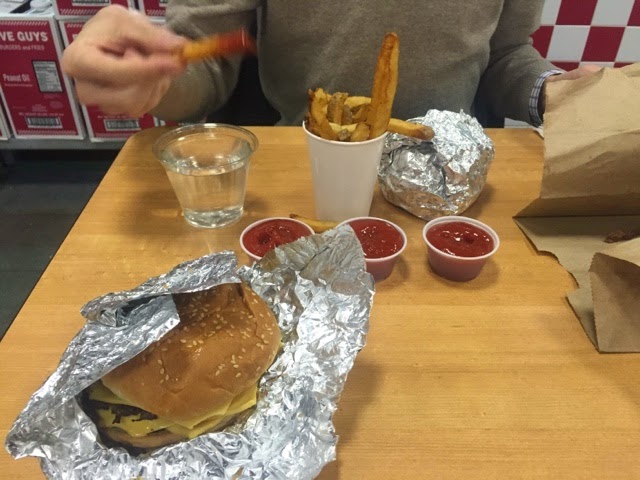 and then drove to Jason’s home.  He gave me a tour of his new house – it’s all straight lines; and blues, browns, and grays; and stylish; and masculine; and gorgeous; and completely Jason.

The next morning Jason headed off to work and I left for the airport to leave the sunny 60-degree days of the Pacific Northwest and come home to the snow and cold of Colorado: 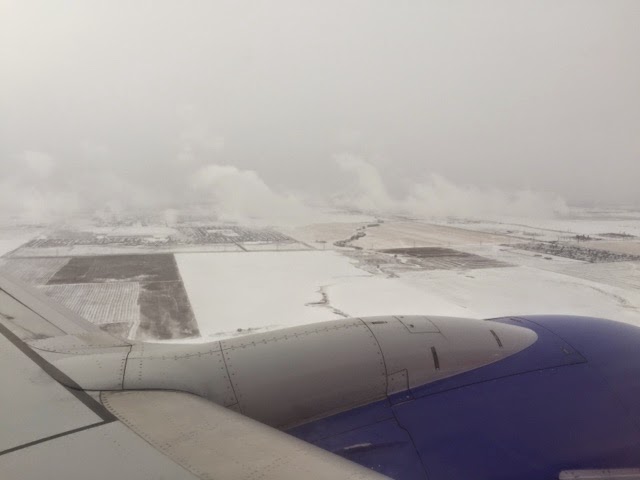 It was an excellent weekend trip and a much-needed break from the grind of musical season!