The beginning of the calendar year has held it’s usual insanity.  New classes, new challenging students (in addition to many familiar faces) combined with a strong sense that as much as everything changes, everything also stays the same.

The speech season fully wrapped up last week.  State went really smoothly.  To my delight, the administrators of the event contacted me a few weeks prior to the meet to say that they wanted me to head up the Judge’s Table.  The judge’s table is at the center of the meet in many ways – it’s where teams and visitors check in, where all ballots pass through and are checked for completion and comments, and it’s the go-to place in times of crisis.  It’s a busy place that involves managing dozens of people and tasks at once.  It’s also my favorite job to do.  So when they asked me if I’d manage that position this year, “Because when you do it, things don’t go wrong,” (no pressure or anything), I was happy to do so.  I was even more glad that because I was there I caught a huge error in the tallying that would have kept the team that ultimately won one of the events out the finals round altogether.

It’s gratifying, is what I’m saying.

My team did well.  We had two State Champions this year, and 17/19 kids who went won something.  Many of the kiddos who made finals were freshman too, which gives me hope in the face of saying goodbye to my seniors last year and this year both. 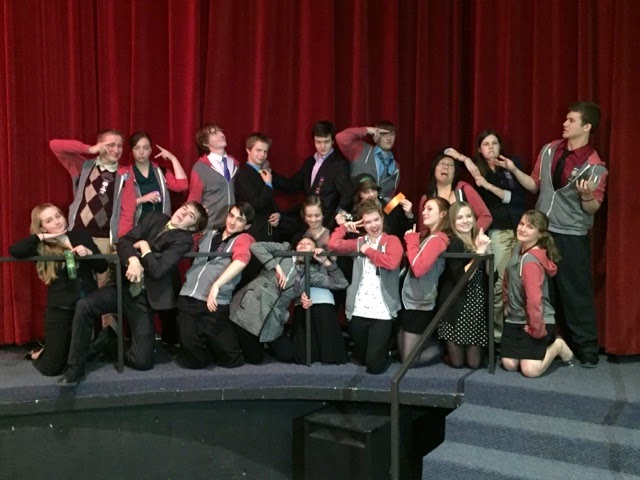 My speech seniors did a good job this year at making the requisite decisions for the banquet, so we held the banquet the Friday after State.  The parent turnout was decent, and the team and I were able to wrap up speech and turn our focus to the musical.

Have I mentioned we’re doing “Joseph and the Amazing Technicolor Dreamcoat”?  We are.  It’s actually going really well too.  After focusing on the music for the last month with the occasional dance day courtesy of Rachel while the students and I juggled speech and the show, this week we turned our attention full-time (after school that is) to the musical and started blocking the show.

We blocked all of Act 1 this week and, happily, not only had time to reorganize our backstage storage and put together our set for Act 1, but we also ran the entire dang thing during today’s rehearsal.  As head-achey as doing a show with wall-to-wall music is, it does keep things moving at a quick pace when we run it. 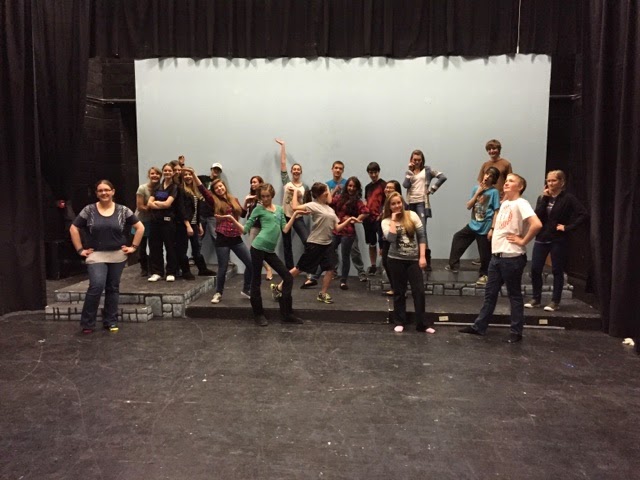 Moreover, and this is a testament again to the quality of this year’s freshman as well as the type of kids we’ve retained over the years, this cast is the first one I’ve worked with who show up to every dang rehearsal.  14 years I’ve been teaching/directing, and I’ve always had flakey kids in the cast who force us to play “Who’s not here today?”  Not this year.  Everyone shows up every day they should, and when someone has to miss, they tell me in advance.  It’s crazy.  It’s also crazy that such a thing would be crazy, but there it is.

The musical’s a little more than a month away.  I moved up to Mountain Town this week, thus commencing the time when it feels like I do nothing but work.  Happily, though, with speech done I have my Saturdays back to feel a bit more human.  I spent last Saturday learning bookbinding (more to come on that), tomorrow I get to have brunch with friends, get my haircut (finally!), and shop for shackles and a stuffed goat and some other odds and ends, and next Saturday I’m running away to Portland for a quick weekend trip with Jason.

All in all, life is busy but good – my typical February.