A few weeks ago I joined my family for my final summer trip of 2014 – San Diego.  Or, as it was aptly renamed, Sandy Lego.
Top on the agenda was a trip to Legoland.  While not high on my priority list, Jack is apparently just the right age for it, so my parents, Rachel, Ben, Jack, Sam, and I met Memere and my aunt Nathalie at the front gates Friday morning.
I would agree with what many of my friends said – Legoland is a lot of fun if you’re 4-8 years old.  The rides and sights were tame, shade and benches were plentiful, and it’s easily doable in a day without getting overwhelmed.
A few photos: 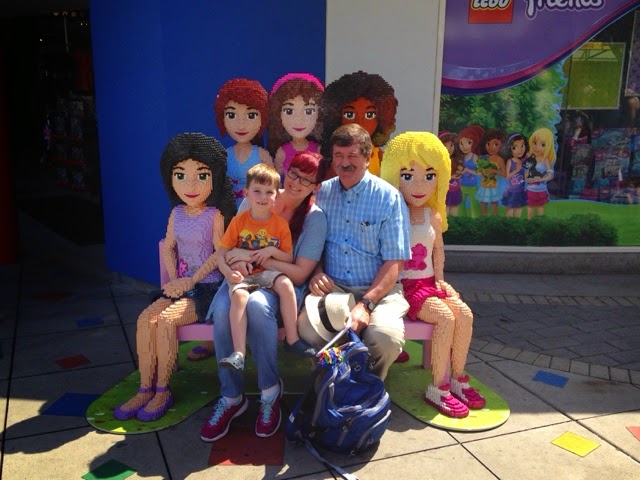 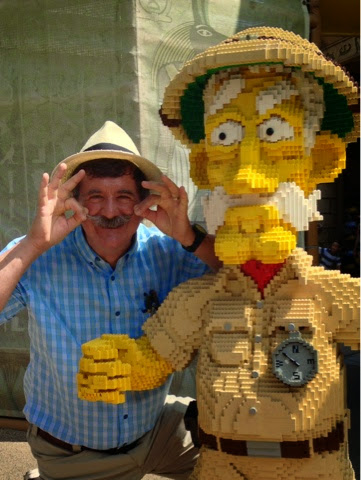 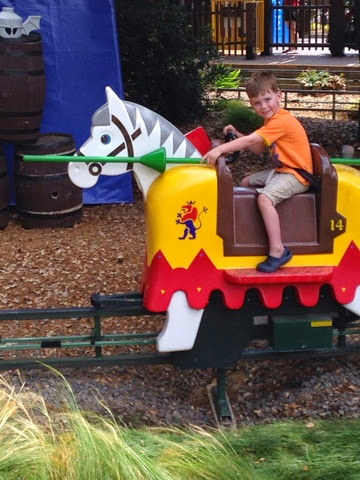 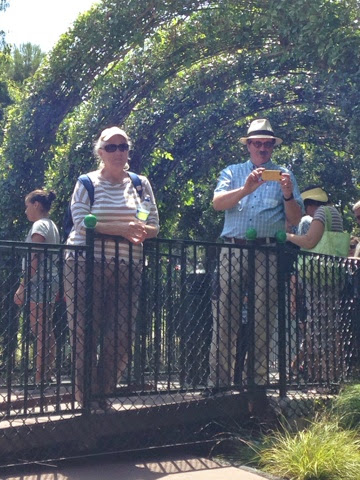 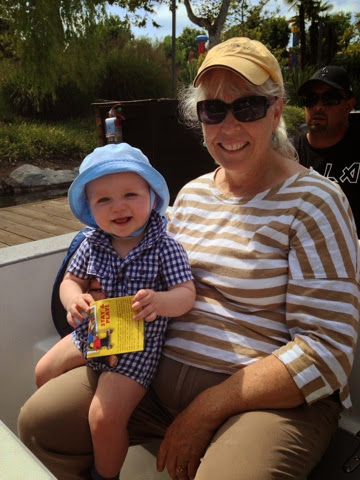 Rachel and Ben ditched their kids with my parents, and the three of us ducked out for the evening to see “Guardians of the Galaxy” – a movie that’s so fun I didn’t object one bit to seeing it a second time with Lisa less than a week later back in Denver.
Andy and Jenn arrived late Friday night, and we all met up with the rest of the Waterhouse clan at a park to enjoy a picnic.
Then the rain came:
The rains turned into sprinkles after not too long, and Larry scored a picnic table with a roof; so we were able to stick around the park after all and visit for the afternoon.
Sunday was slated as Beach Day.  The weather was iffy to being with.  We did a little shopping at a nearby mall, then made an attempt to enjoy the ocean.  Alas, the rains foiled our plans once again: 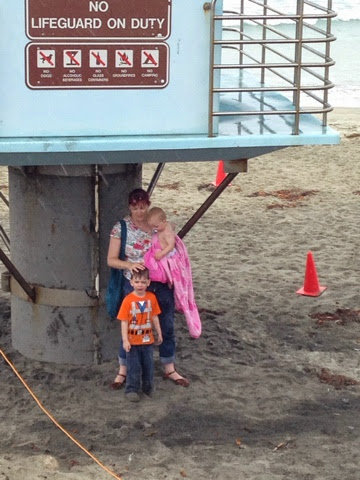 Although Andy resolutely got in at least far enough to get his bathing suit wet: 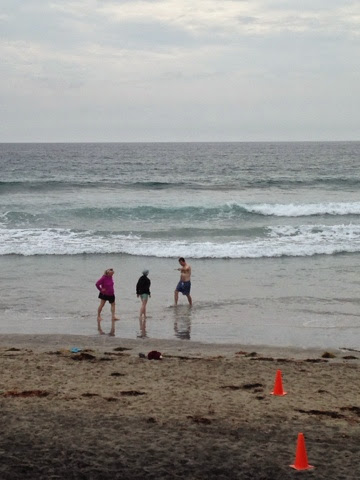 After drying off and warming up, the whole family met up for dinner.  As we crossed the parking lot, I noticed a sign that looked familiar: 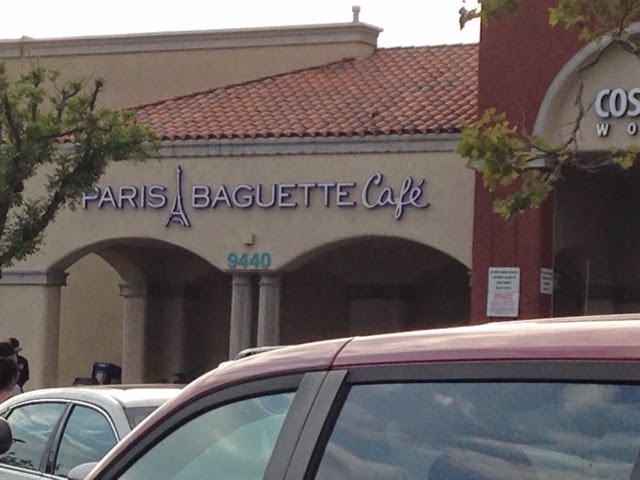 Could it be the same place where Jason and I breakfasted each morning in Seoul?

After dinner, we stopped in to check it out: 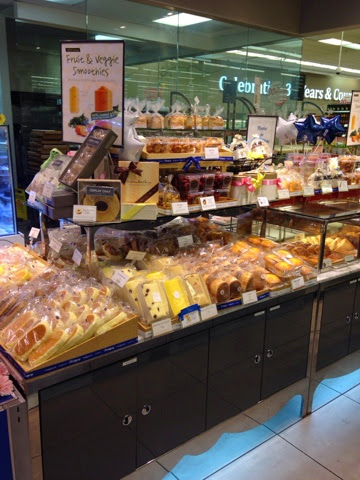 It is!  They even have the same wooden trays and tongs: 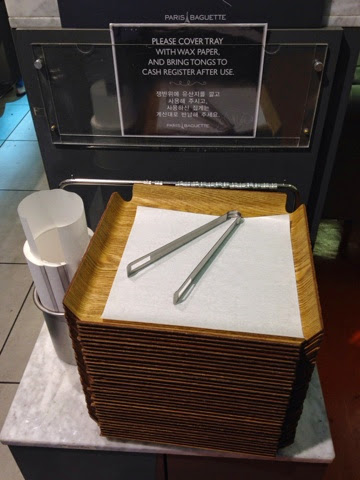 The pastry selection was a little different; and while Jenn picked out a few treats, I scoped out the grocery store it was attached to: 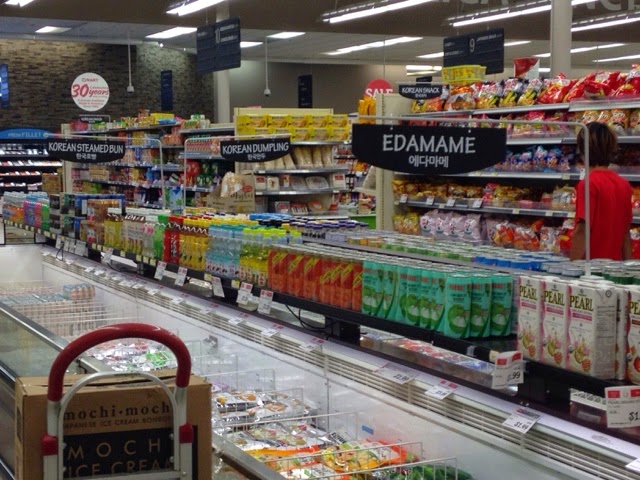 It turned out to be a Korean grocery store.  It had many familiar products, all of the signs were bilingual, and yes, they even had three different brands of Mochi for sale: 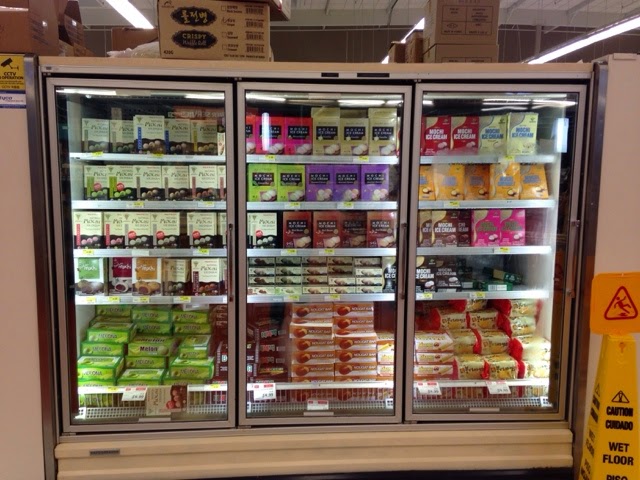 We also noticed a Japanese book/stationary store next door as we were leaving, but it was closed by then and it was our last night there.  I’ll have to come back to check it all out the next time I’m in San Diego!