About a month ago, one of the bloggers I follow wrote a sponsored post for a new company called Blue Apron.  A subscription to their service gets you a weekly delivery of groceries for three different meals, recipes included.  At $10 per meal, it’s about what I pay normally for dinner since I tend to eat out a lot during the school year.  I decided to give it a whirl to see if this would be a good option to cook more from home.
The Wednesday after I got back from San Diego, I found this waiting for me in the afternoon: 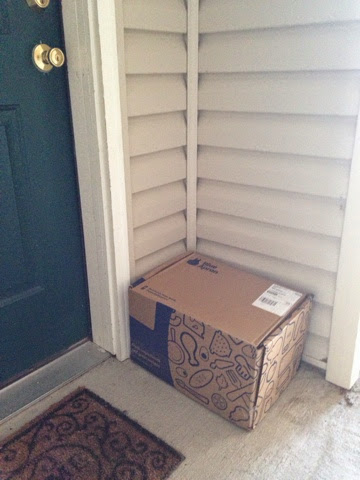 As promised, the box was refrigerator-packed and the food could absolutely sit on my porch for several hours without being compromised. 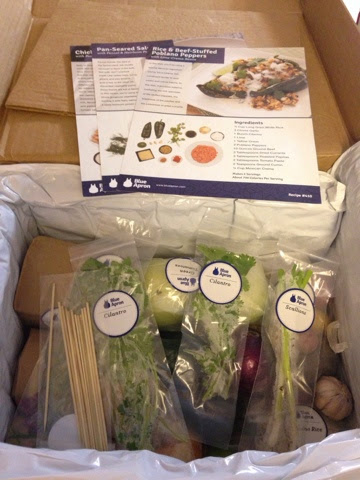 The recipes were on top, along with a weekly letter that talked about the three meals on the menu.  The tone of the letter was a bit overly enthusiastic, although I appreciated learning that in some versions of the Prometheus myth, a branch of fennel was at the center of the infamous flame.
Here are the full contents of the box: 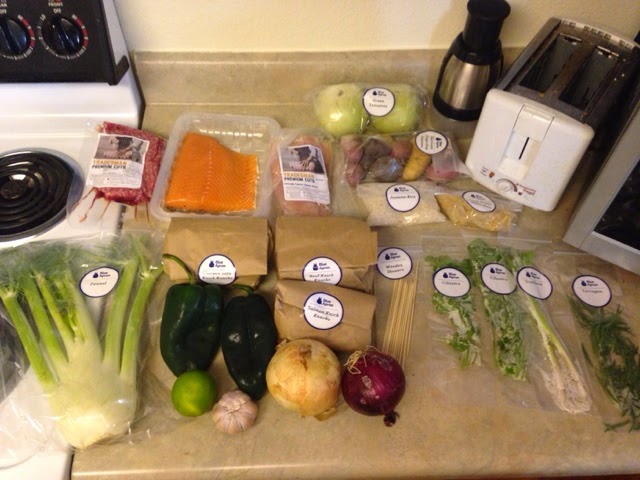 I especially liked the packaged bags of “knick knacks” 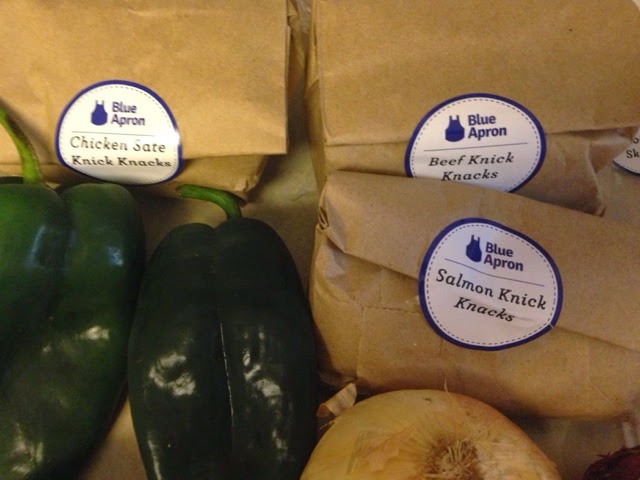 which turned out to mostly hold spices.  Here are the beef ones: 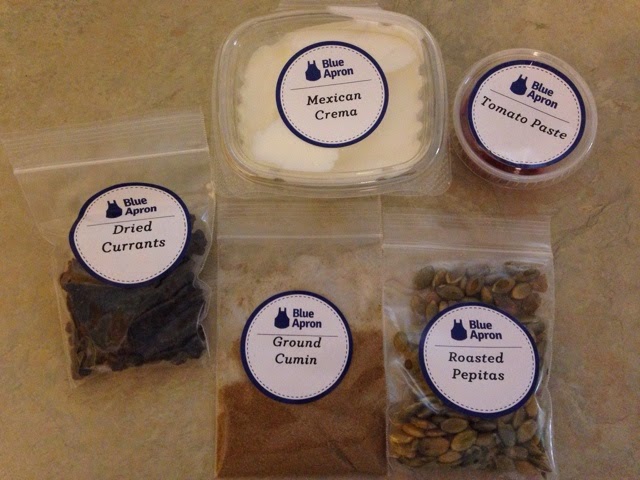 And here are the resulting meals:

The meals were tasty, healthy, and certainly more varied than I usually get.  I liked learning how to make peanut sauce, the green tomatoes in sweetened rice vinegar were a tasty discovery and my favorite food of the week, and I cannot describe how much easier it was to only shop for food for breakfast and lunch.  I signed up for the minimum order – 2 servings each of 3 different meals – and had enough to cover 6 dinners plus a couple of lunches.

The downside to the whole endeavor is the time – the fastest meal (the last one) took 40 minutes.  I’ve made a few more since this first week, and generally they clock in at 45 minutes-1 hour to prep and cook.  I don’t mind that so much now, but I have my doubts about my willingness and ability to sustain this when I start getting home at 6:00.

P.S.  Blue Apron just notified me that I have earned credits to give away meals to three friends/family who haven’t tried them yet.  Nice!  If you’re interested, shoot me an email.