With a week between trips, I spent most of the last few days working on projects. As often happens, I now associate the items with whatever TV show I have on in the background while I work. 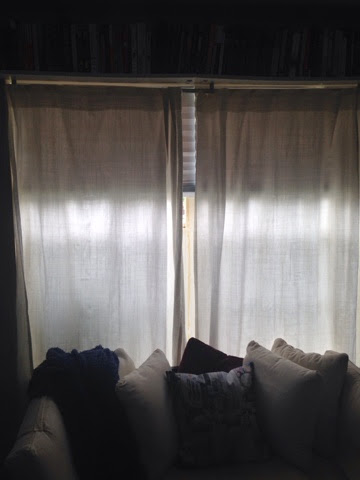 Show:  House of Cards (Season 1)
Project:  Replace accordion door for front hall closet after it fell out for the 27th time, but this time made it official by doing this when it landed: 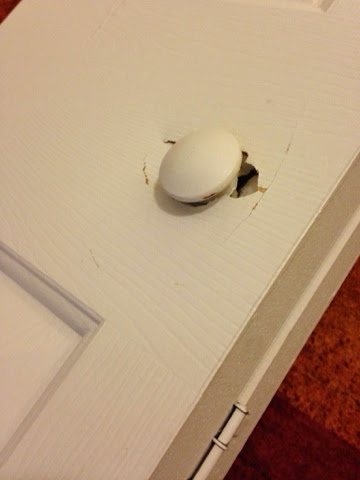 Solution:  Install sliding rod from IKEA, reject all of Ikea’s pre-made panels in favor of making my own: 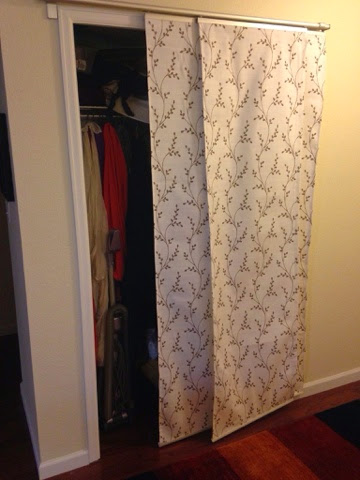 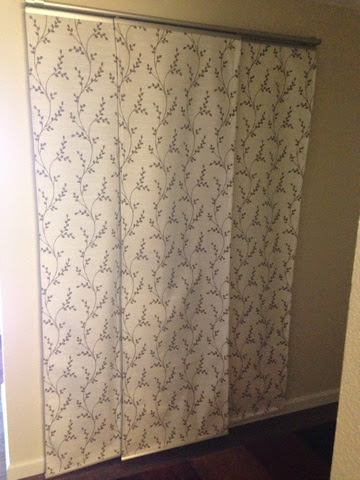 Show:  Orphan Black (Season 1)
(Although this show wound up tripling the amount of time I spent on this project because it turns out that you don’t so much watch it while working on other things as you stare unblinking at the show while your fabric sits unmeasured and uncut on the floor and your cat settles in on top of the fabric because you haven’t moved for 2.5 episodes.)
Project:  Sew a shirt
(The top of which can kind of be seen here) 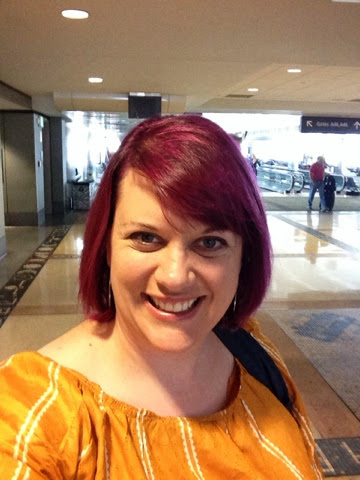 Show: Dance Academy (Season 3)
Not pictured (still in progress):  Crochet a sweater
Show: Doctor Who (Season 7B)
Hurrah for crafting outside of production season!