Wednesday marked our last day in Kyoto.  I would stay for one more night, but Jason would leave that afternoon to go back to Tokyo in preparation for his Mt. Fuji climb.
We decided to check one more temple off our lists that morning – Nanzen-Ji, best known for its landscaping. 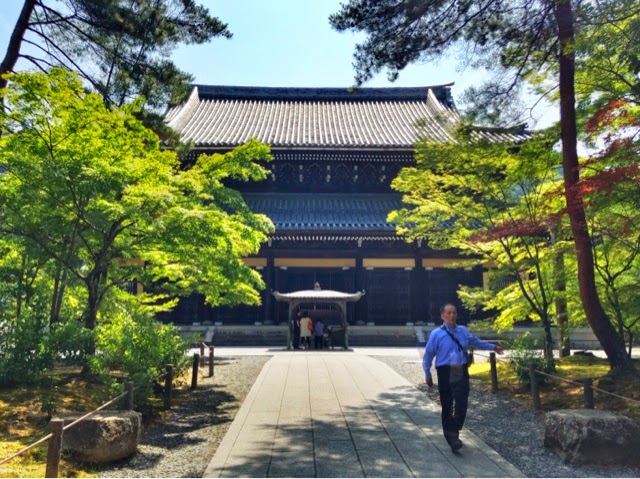 About a ten-minute walk from our hotel, we soon found the temple complex.  Once again, the main buildings were under construction and the scaffolding obscured part of the garden views.  We were annoyed by this until we walked around the building and saw this landscape: 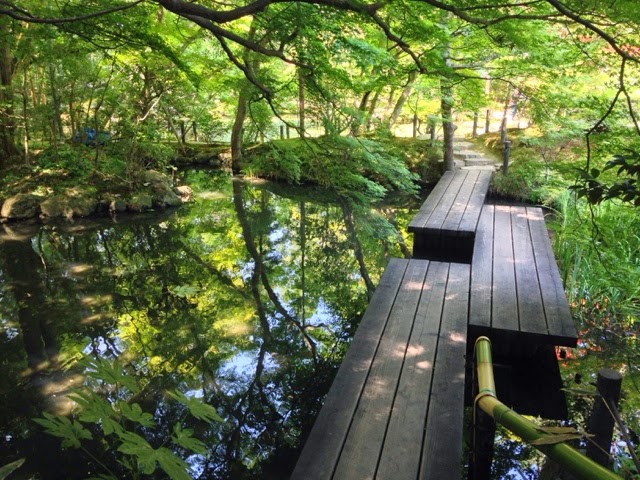 It was buggy, but the best gardens we had seen so far. 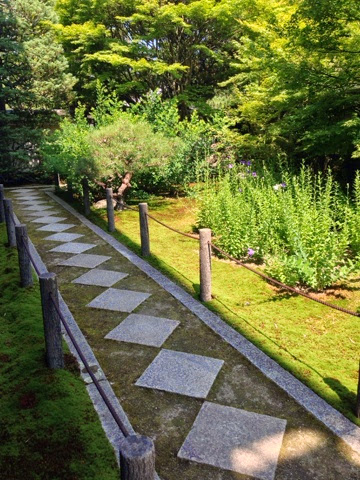 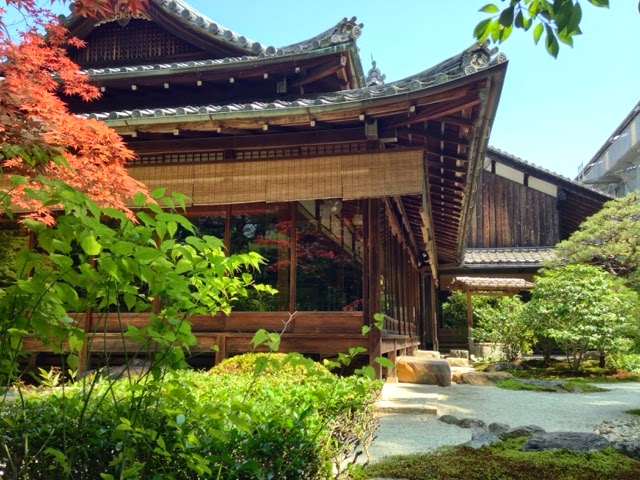 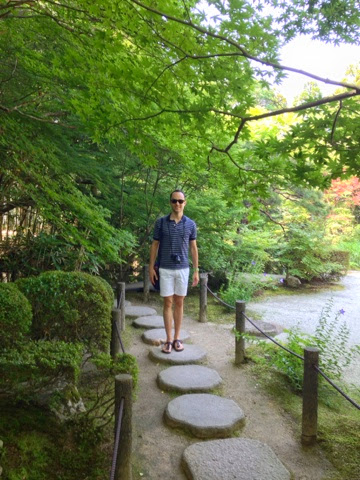 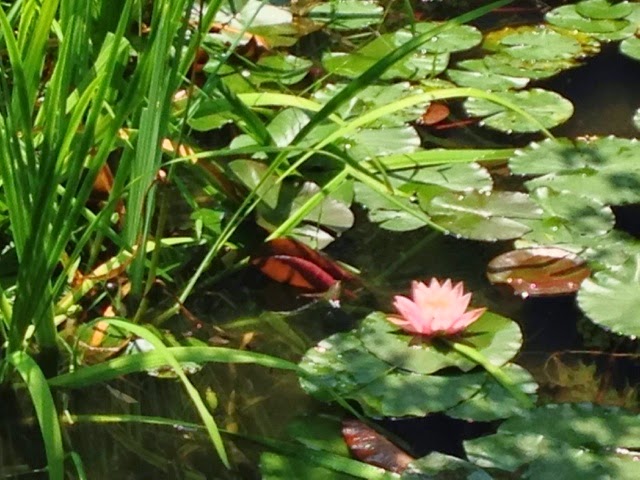 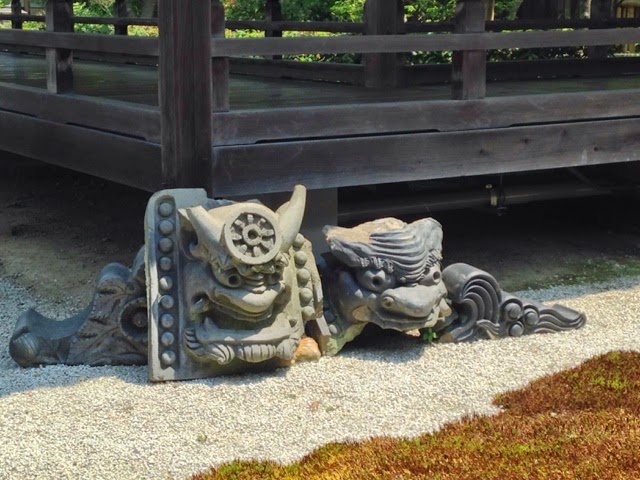 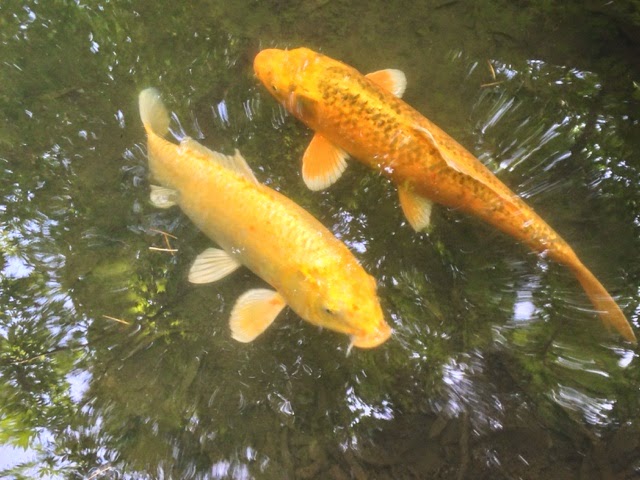 And, oddly, what seem to be aqueducts: 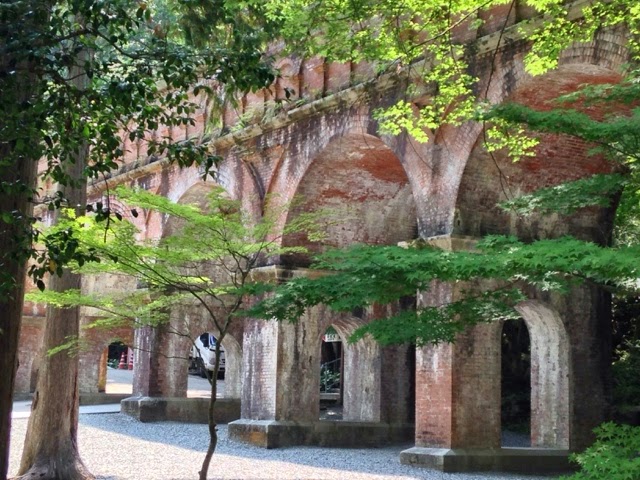 We left Nanzen-ji and took a cab to the main shopping district downtown in search of lunch.  We had heard of an astounding array of food options at the high-end department stores, and supposedly one of them included a Mochicream stand.
We took the escalator to the basement and discovered a bustling host of food stalls. Hamburgers, sushi, salads, fresh octopus, macaroons, a bakery, italian ice – anything you could imagine seemed to be somewhere to be found around us.
Well, everything except Mochicream.  The maps were all on kanji, much to our dismay.  We managed to pick out what seemed to be a dessert section, but there were too many aisles and stalls to hope to survey them all.  Plus, we were starving.  Using a photo of the logo on my phone, we asked one attendant if she knew where they were.  She shook her head and said, “Not here.”  Later research confirmed that Mochicream had closed its store in Kyoto a couple years ago.  Dang it.
Overwhelmed by choices, we opted instead to select one of the restaurants on the 8th floor for lunch.  The elevators were attended on the inside and out by young women in bright green pencil skirt uniforms who were quite diligent about making sure everyone except pushy old ladies stood in line as we waited for the elevator to arrive.
My lunch: 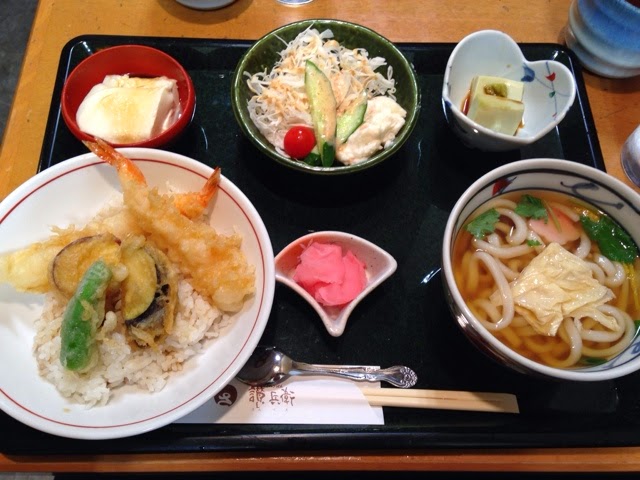 We grabbed a cab back to the hotel for Jason to collect his luggage, then took the hotel shuttle to Kyoto’s main train station: 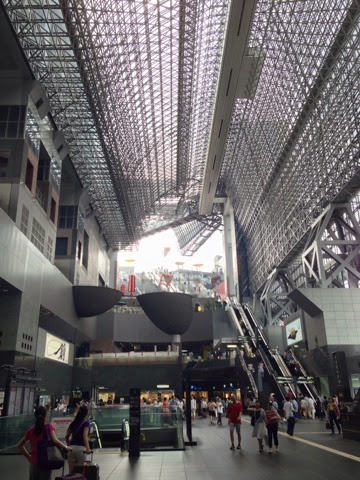 Once Jason headed off to catch the next bullet train to Tokyo, I went in search of train tickets to Koyasan.  Even though I wasn’t departing until the next day, I wanted to get my train tickets early to give myself a timeline and to avoid dragging my bags all over the station.
I had tried to make the purchases at the office where Jason bought his; but getting to Koyasan is a bit more complicated than going to Tokyo, and the ticket agent there didn’t quite seem to understand what I was trying to do.  Fortunately, after a bit of wandering around the train station, I spotted this: 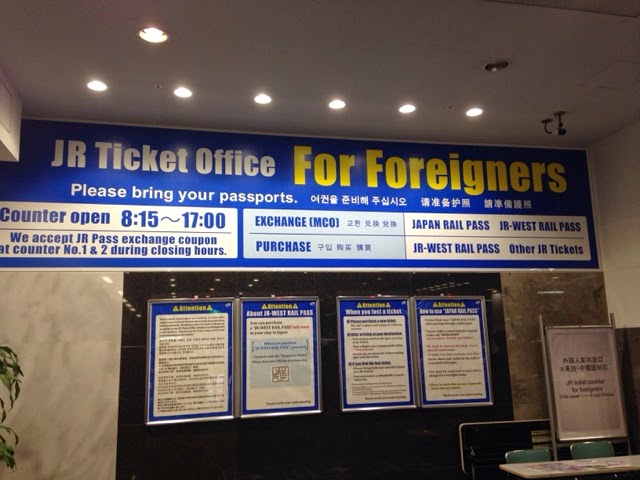 Perfect!
Not only did they have several attentive and English-fluent ticket agents, when I explained where I was trying to go the woman helping me whipped this out of a file drawer and handed it to me: 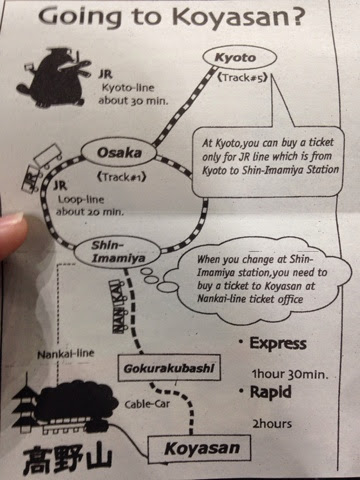 Perfect, right down to the odd graduating platypus in the corner.
I purchased tickets to get as far as Shin-Imamiya (after that I’d have to buy tickets there to switch to a private train line), and hopped on the metro to find Nishiki Market.
My main objective for the afternoon was shopping.  Japanophile Ben gave me a list of items he’d like and I figured as I looked for those I would probably also find souvenirs for others and myself.  Many of the items on his list were kitchenware, which provided a good excuse to seek out “Kitchen Alley” – Nishiki Market. 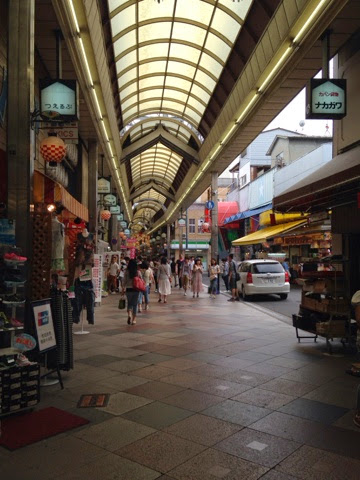 With far more clothing and toy stores than kitchen supplies, I had fun walking the alleys and exploring the shops.  The market empties out across the bridge from Gion, so I crossed the river and explored some of the shops in that district as well.  The buildings are much more traditional there, and given the lack of signs (especially signs I could read), I had a hard time picking out which were stores, which were restaurants, and which were homes: 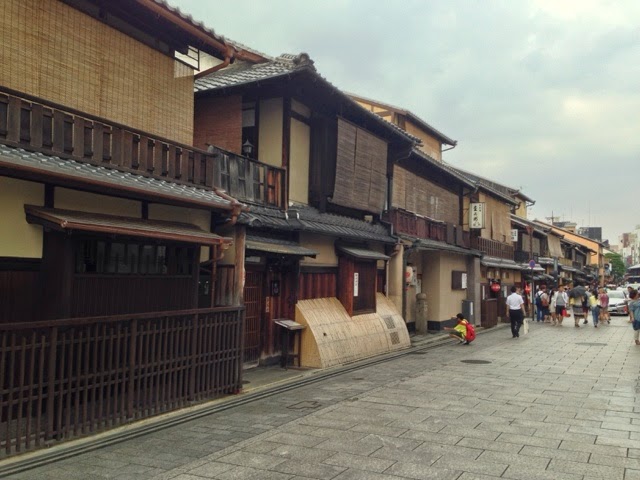 I didn’t find everything I was looking for, and memories of the stalls we’d walked past earlier were beckoning, so I walked back to the department store to make a few more purchases and to pick up some items for dinner.  By the time I caught a cab to head back to the hotel, I filled Jason’s side with bags: 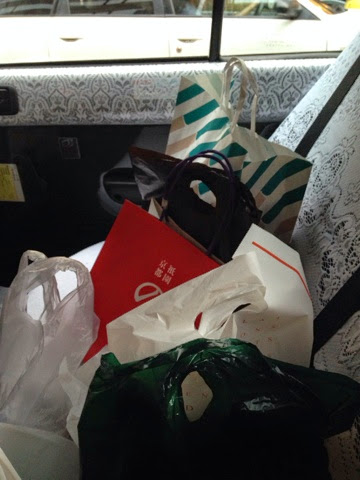 To be fair, it’s looks like a lot more than it is, thanks to the Japanese fondness for wrapping everything three or four times over.
After a week and a half of fish, rice, and kelp, I’ve been craving familiar produce; so when I spotted a lovely package of grapes, I splurged: 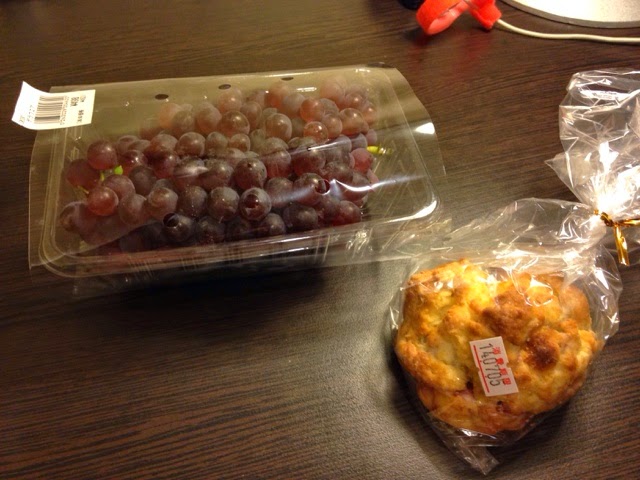 I also got a raspberry white chocolate scone, and two (two!) kinds of salad: 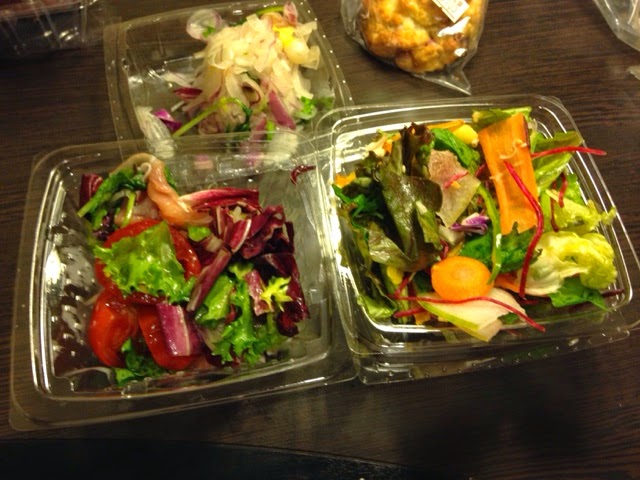 Delicious!  I enjoyed dinner in the hotel room (confirming my suspicion that chopsticks are the best utensils by which to eat salad) after doing enough laundry in the bathtub to get me through a few more days of travel.