The concierge at the Marriott managed to make two Michelin reservations for us during our time in Tokyo.  The first was for lunch on Saturday at Aoki Sushi: 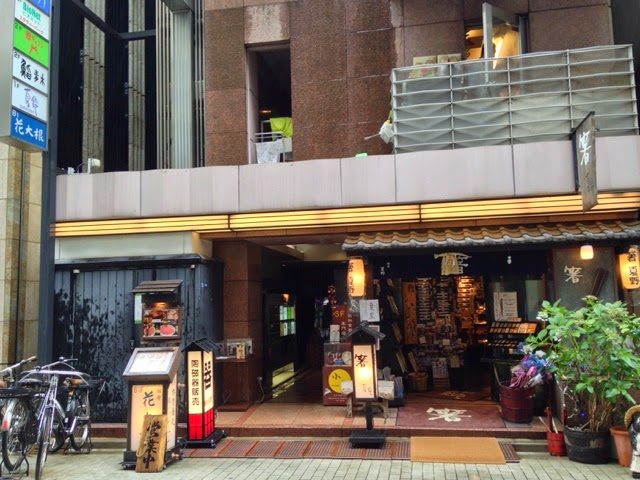 True to Michelin form, it was up a tiny staircase in a mostly-unlabeled entry.  At first we weren’t even sure that we were walking into a restaurant, but when a waiter spotted us they waved us through curtains to our left and into this space: 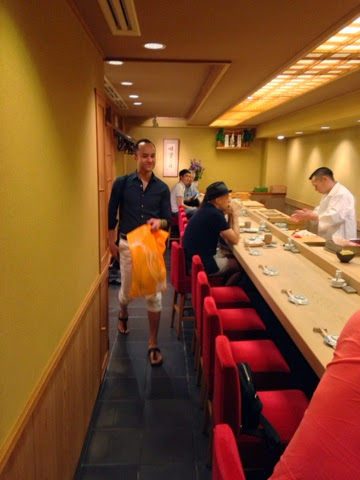 That’s pretty much the whole restaurant right there.  There was a banquet (6 people?) room to the left,but  the restaurant lived up to the legends of tiny space in Tokyo.
We were seated at bar and our tables settings were quickly laid out: 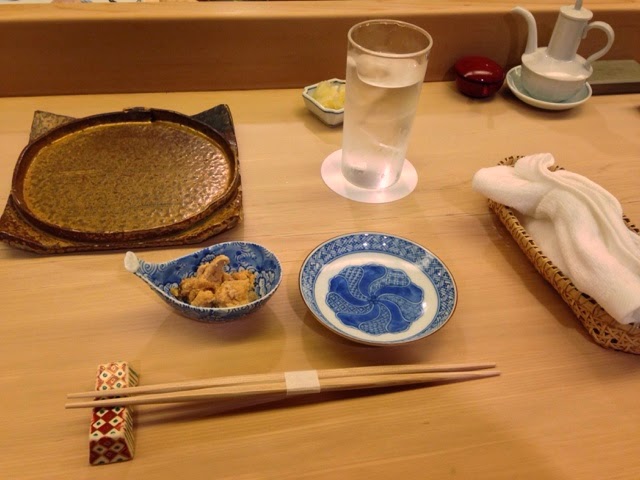 That yellow paste in the curved dish was some kind of pate.  It was delicious.
On the other side of the bar were two chefs.  We were shown a menu and opted for the 11-piece set menu.  No a la carte picking and choosing for us!  Just bring on the sushi – we’lll eat whatever you give us.
That’s what we would have said if we spoke Japanese.  Instead we pointed and nodded and said, “Arigato.”
And then we ate.  The chefs made the food right in front of us, pulling ingredients from the freshest, delicious fish that most likely came from the market we had just visited. 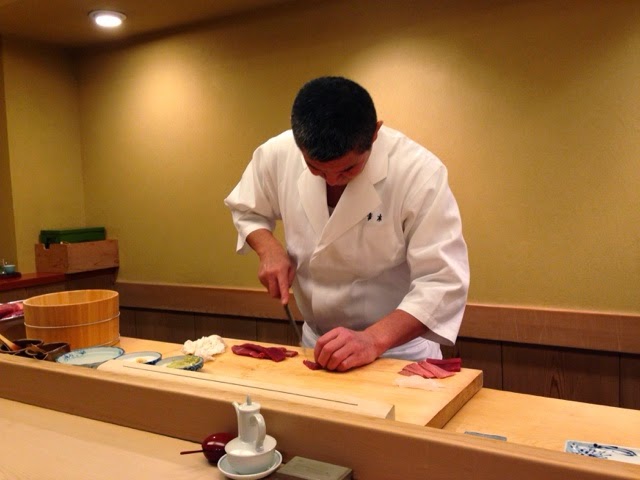 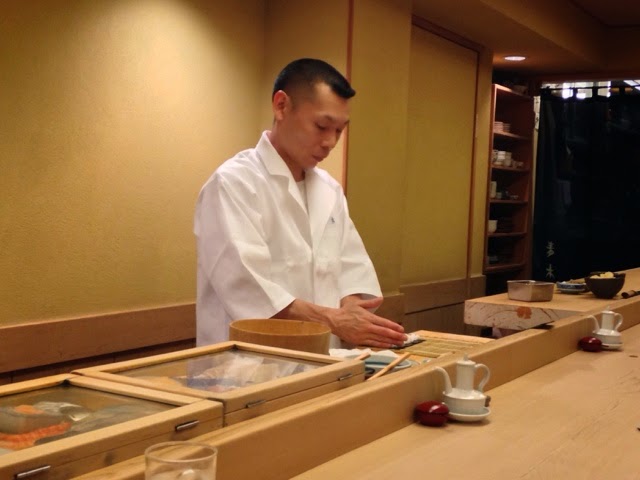 We watched them roll sushi and grate fresh wasabi and every few minutes a new piece would appear on our plates.  Here are just a few of the items: 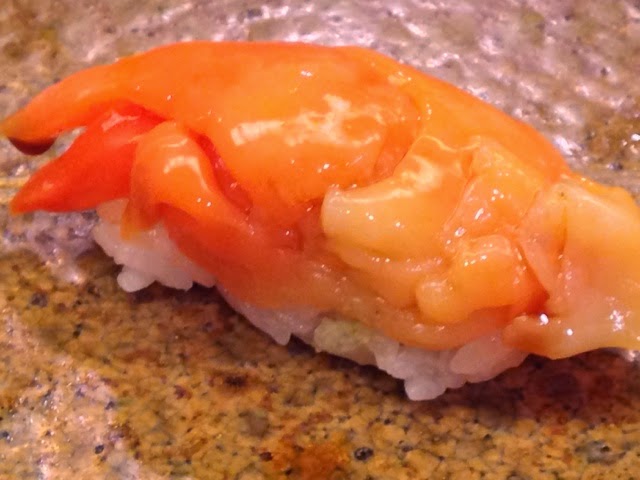 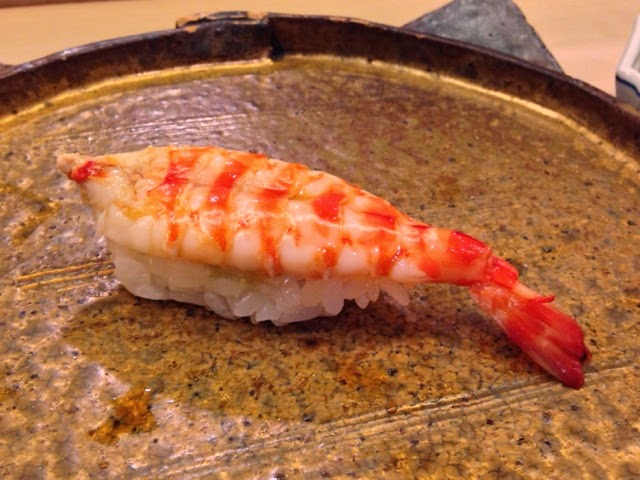 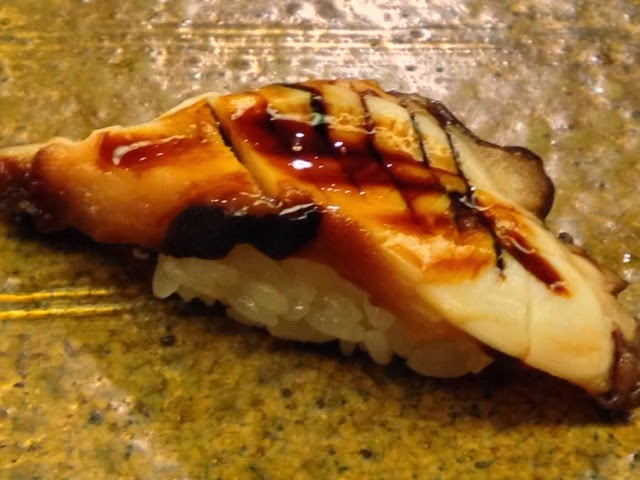 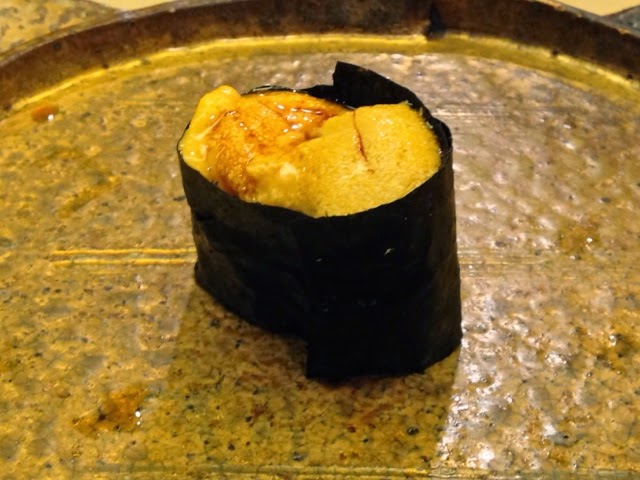 Sea urchin (which melted in the mouth!) 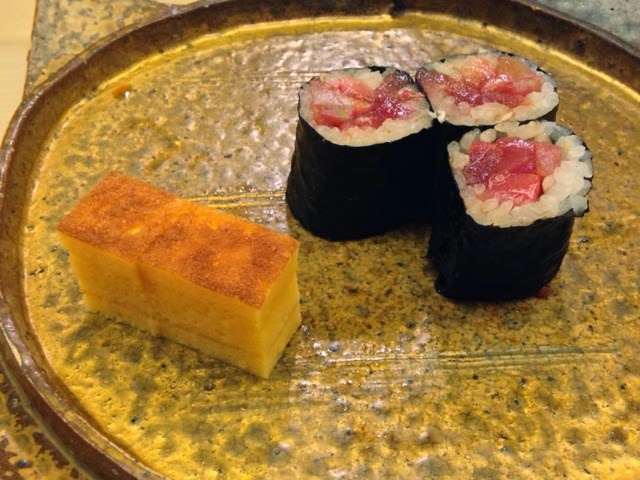 Tuna roll on the right, a slightly sweet egg cake on the left for dessert
The ingredents were high quality and the preparation so simple.  Michelin, you’ve done it right again!

After the meal, we walked back towards the hotel, taking in the sights of the Ginza district. 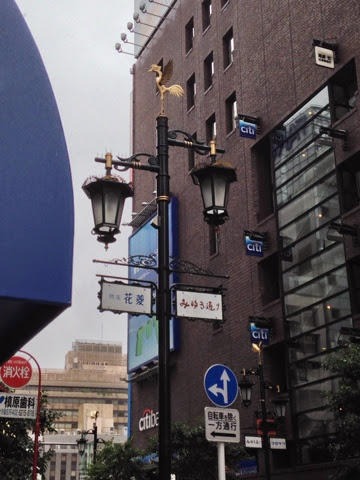 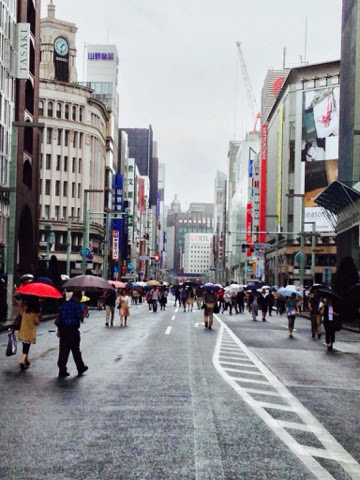 We spotted a place that seemed to be offering some kind of doughnut-type treats, so we stopped in for a taste. 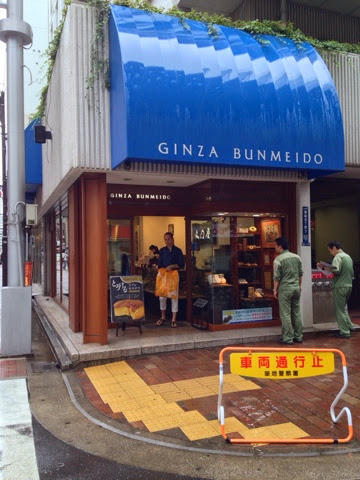 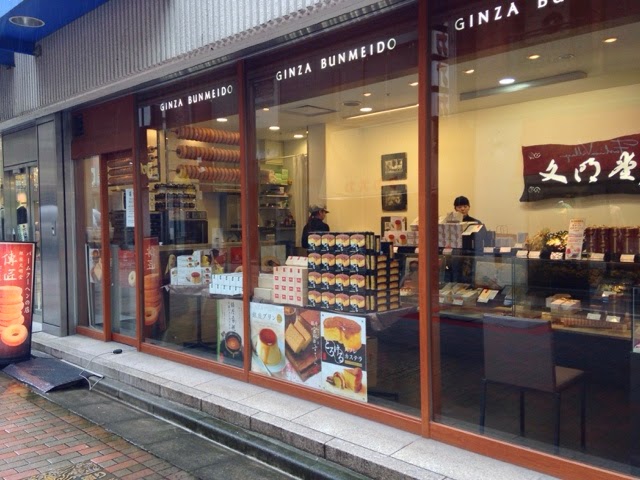 Mine turned out to be something like a pound cake with currents cooked inside a clay pot: 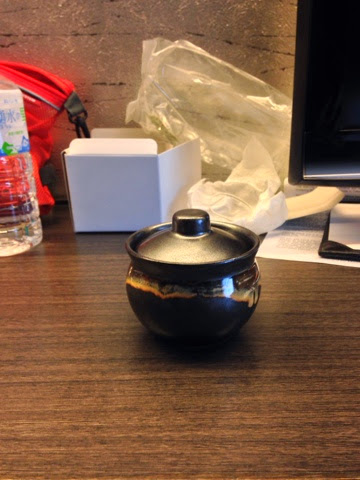 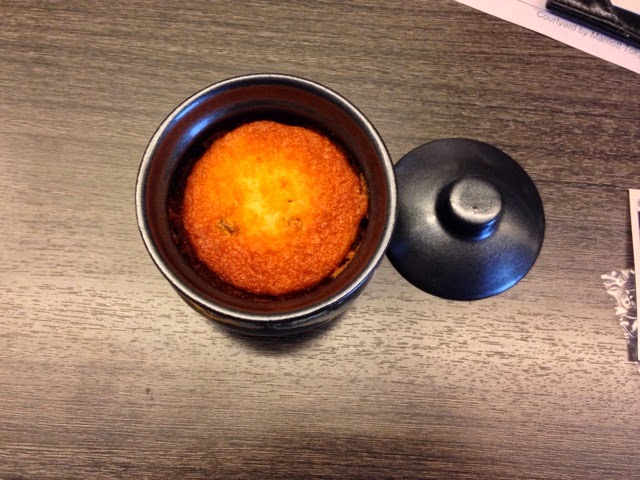 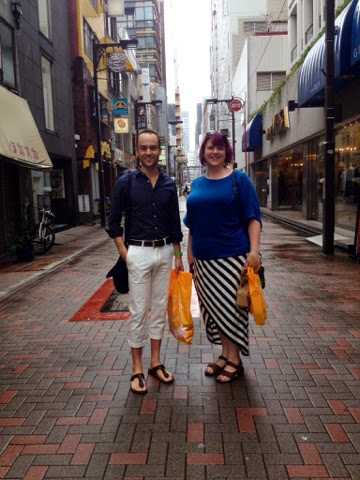 Which was very sweet of her.