We had a bit of time before our lunch reservations, so we directed our cab to take us to the high end shopping street Omote-sando.  Strangely enough, we were not there to go clothes shopping for Jason (who was pointing out and naming brands we passed the way Jenn spots and identies birds).  Instead we dove into the madness that is Kiddyland: 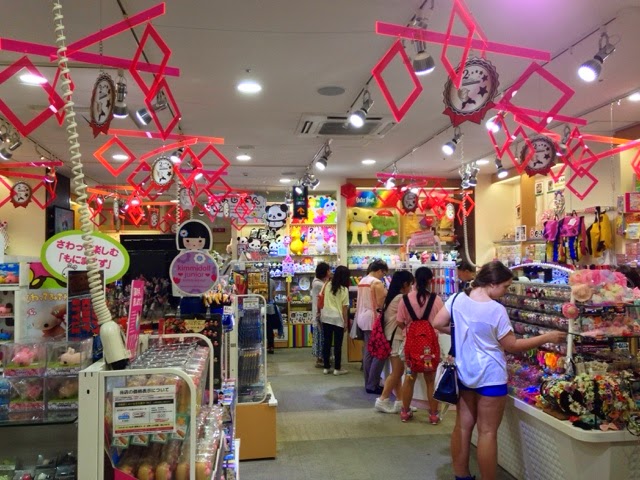 Kiddyland is a five-story toy store with everything from unique Japanese toys: 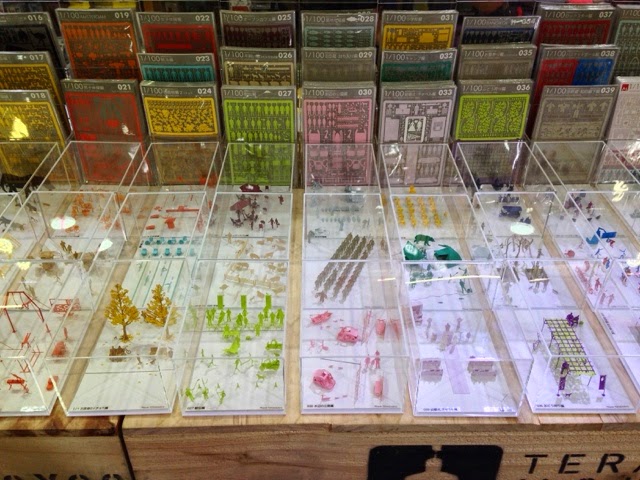 to an entire section of Studio Ghibli items: 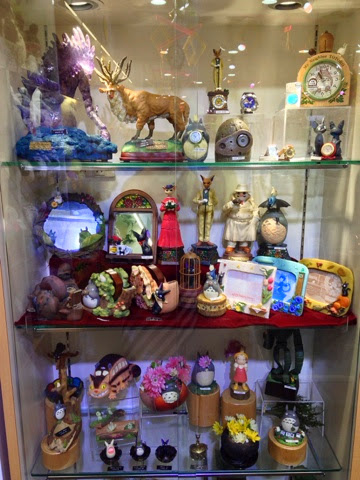 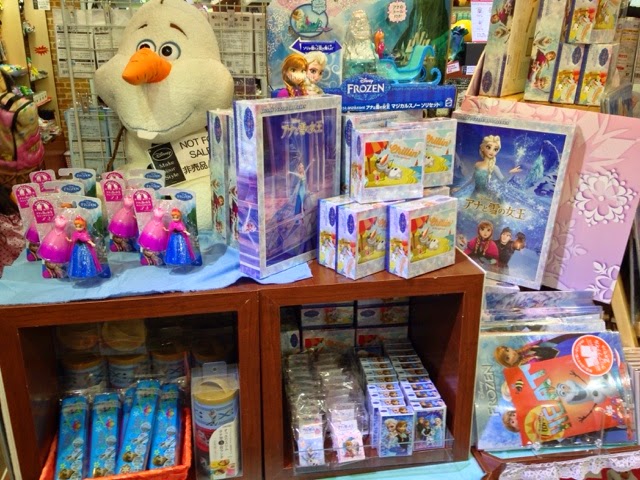 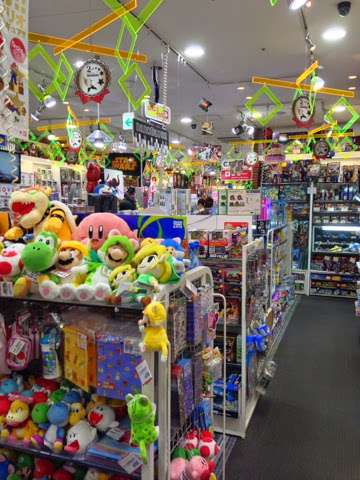 To stuff I also spotted back in the cosplay stores in Akihabara: 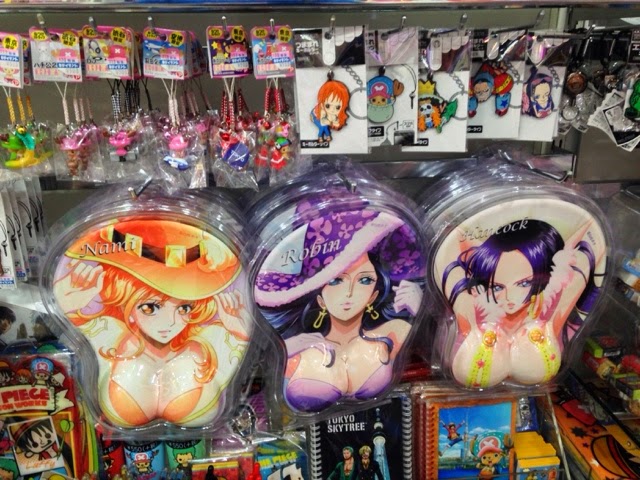 I wonder how ergonomic those mouse pads are.
We diviided up to shop as good aunts and uncles do.  I found Jason later in the pink mess that was the Hello Kitty floor: 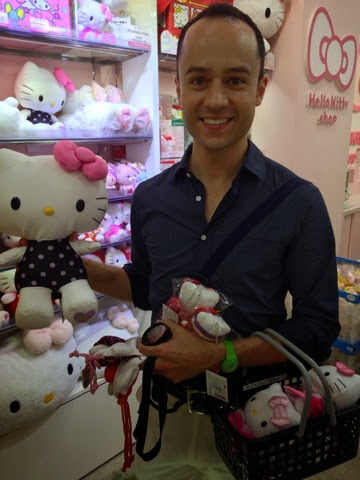 He has so much cute in his hands that a clerk insisted on his transferring up a basket size (to a hot pink one, of course): 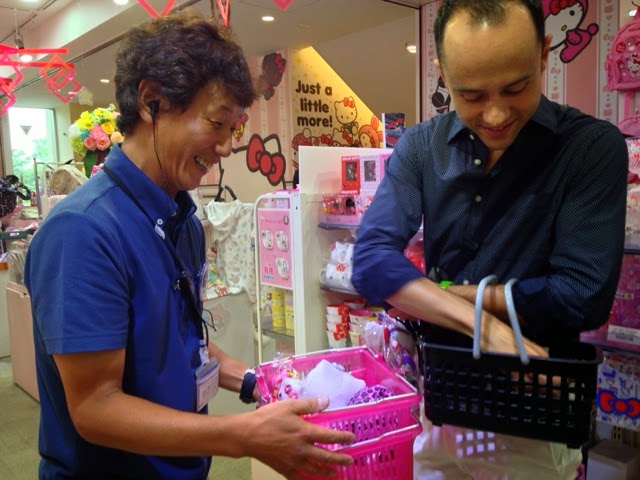 Bags in hand, we booked it out of there and back to the Ginza district for lunch, which I’ll write up about in a moment for that was not the only toy store stop of the day.
I was on a hunt for Nintendo Pokemon Hanafuda cards on Ben’s behalf.  Apparently they’re not available in the States, and after four failed store attempts, I had my doubts about their being available in Japan either.  Most of the clerks I asked would only tell me that they didn’t carry them.  When I asked for suggestions about where to look, they would just repeat “Not here.”  Finally, two clerks at Tam Tam, a hobby store in Arikabara, did a little iPhone chekcing on my behalf and directed me to Pokemon Centre.
It was actually on our way to the symphony hall, so we stopped by: 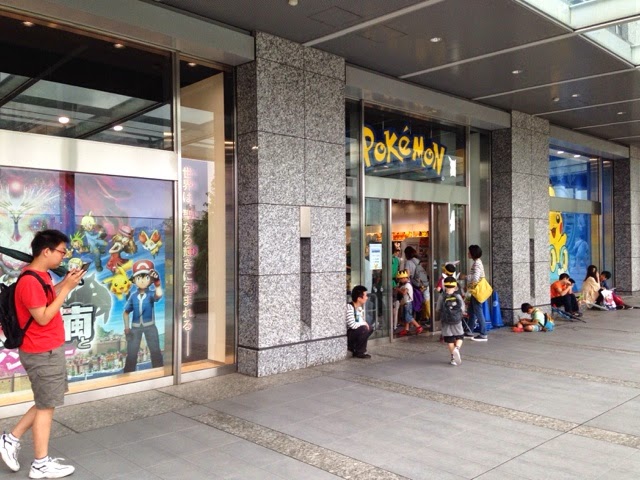 Once again, it was a packed and crazy toy store.  I found a clerk and asked about the cards.  She told me to wait, disappeared into the back, and returned five minutes later to report that they were sold out.  Dang it!  I asked if I could find them anywhere else – “Only here,” she said.
I tired and failed, Ben.  But a least I know where you should go when you come here! 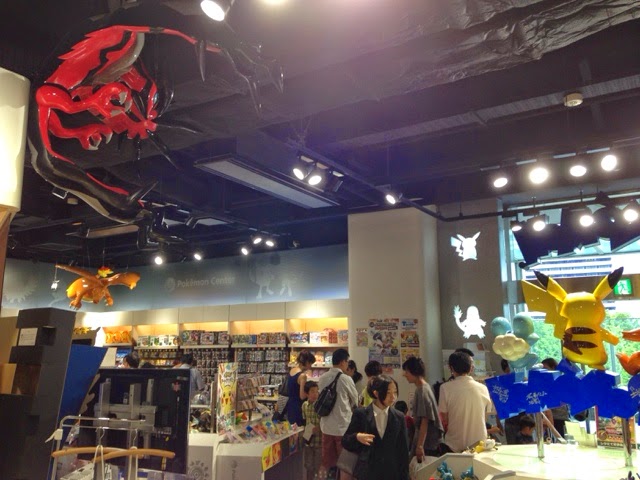 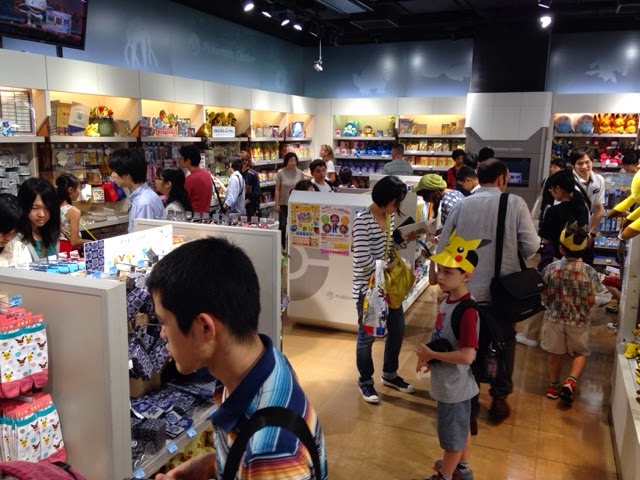 Plus, you can get a hat for Jack!