We began our evening with dinner at a restaurant recommened by Veronica: 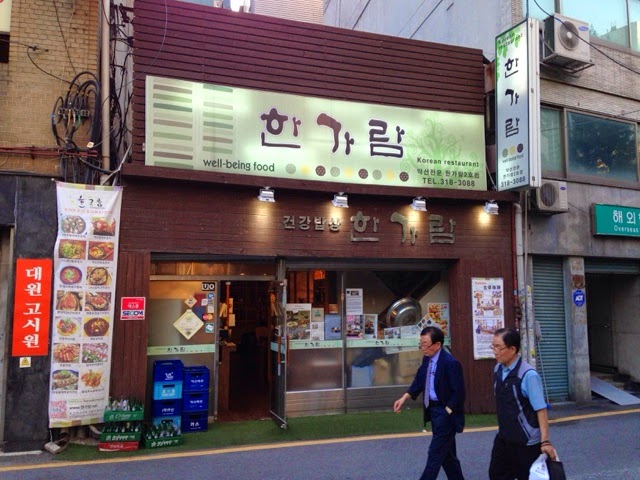 I’m not sure this was water that we were drinking: 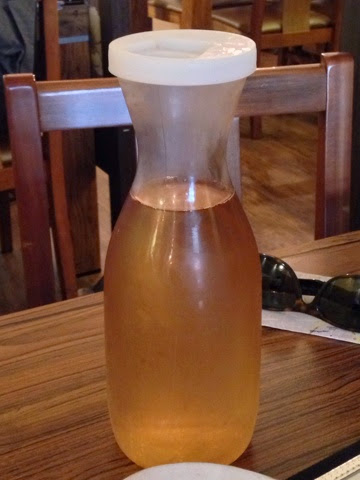 But the food was plentiful and the sea bream in particualr was yummy: 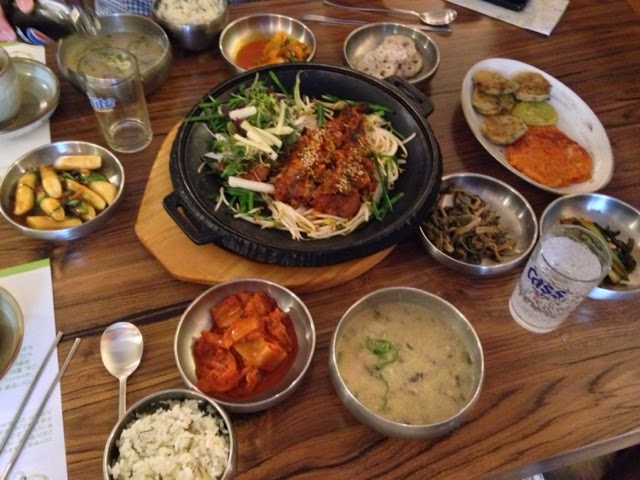 When we asked for the check, they also brought us these small cups of ice flakes and watered-down honey.  Incredibly sweet, but it actually tasted pretty great on my ill throat. 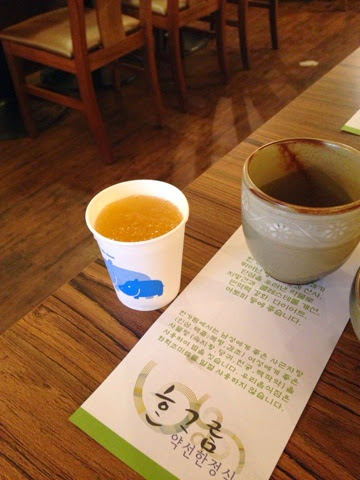 We then walked over to the performing arts complex to see “Mozart!”
The lobby was both grand and gimicky: 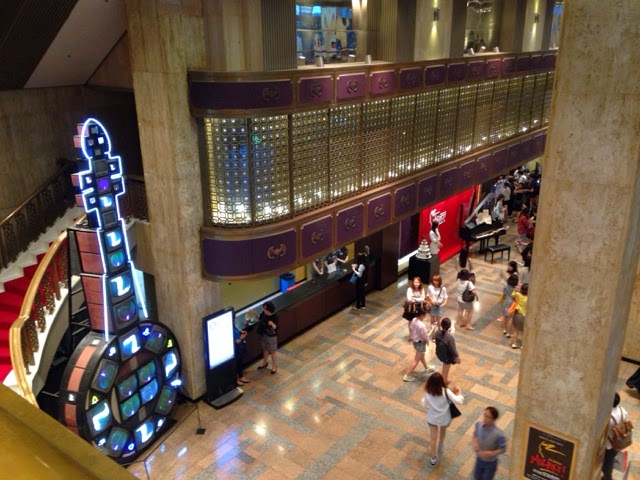 And the restrooms were an experience.  Just insde the women’s room is this area: 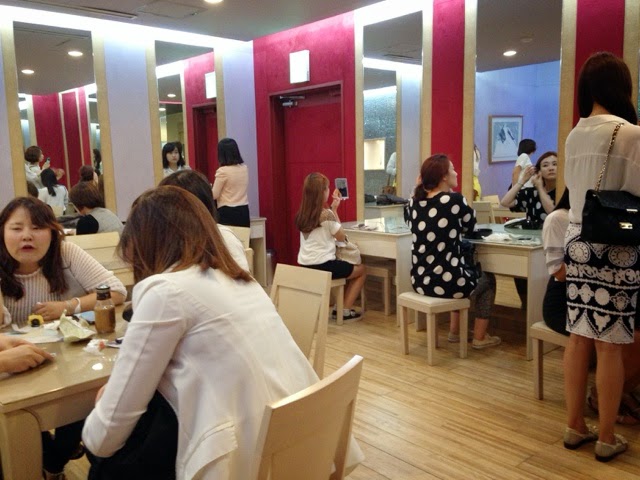 There were ladies doing makeup, charging their phone, chatting with friends, eating snacks, all kinds of things.  This, apparently, was the place to be!
One other odd feature.  Inside my stall I found this: 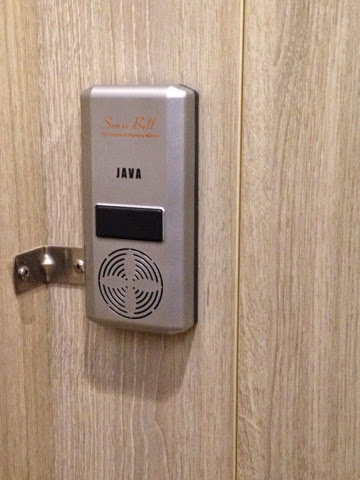 Curious, I pushed the black button.  A recorded sound of a prolonged toilet flush came out.  My best guess is that it’s meant to provide a noise to cover up whatever noises you yourself are making while you’re in there.
I pried myself away from the bathroom to rejoin Jason and find our seats.
The auditorium was lavish with thousands of seats, wall-mounted tv screens showing adds and emergency exit information, a huge pipe organ, and a dramatic proscenium arch: 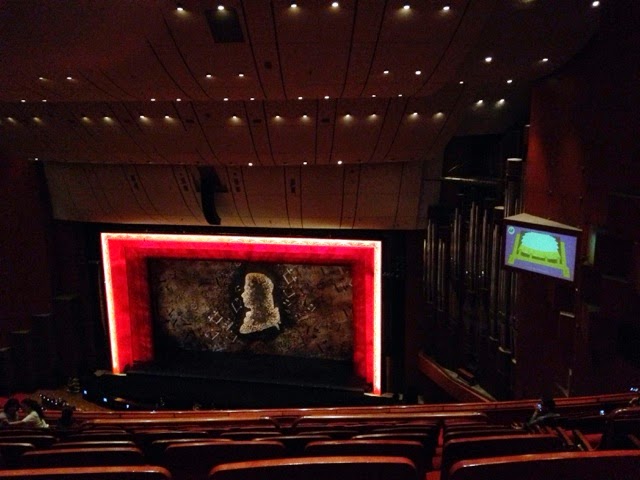 Yes, I snuck a photo.  My tourist self won out over my former-usher self.
The show.
Honestly, I’m not quite sure how to summarize it.  This could be because it’s almost 1:00 AM, I’m now in Tokyo, and my headcold has taken a turn for the worse.  Or it could be because the show was in Korean and so I’m not entirely sure why Mozart was haunted by his childhood self, or why a Marie Antoinette-type of lady belted songs from clouds of mist above him, or why he was holding soprano auditions in a whore house, or why Jafar kept throwing Mozart’s sheet music around, or why Mozart decided to strip off his Baroque red coat and wig at the end of Act One and show up in tight pants and a sparkly, jingly glam-rock jacket with boyband hair in Act Two (a sight which prompted Jason to audibly announce, “Now we’re talking!”), or why kid Mozart stabbed adult Mozart in bed in an apparent murder-suicide pact just before Eponine/his sister found the wooden glowing box that kid Mozart carried everywhere.
It was lavish.  Whoo, boy, did they put money into this thing.  The sets, the costumes, the lightiing – this was Les Mis meets Andre Rieu with all power ballads all the time.  It was ridiculous and strange and, judging if only by the enthusiastic crowds of teenage girls in the front rows, so freaking awesome.