Some things I noticed during three days in Seoul:
They have emergency supplies in every subway station: 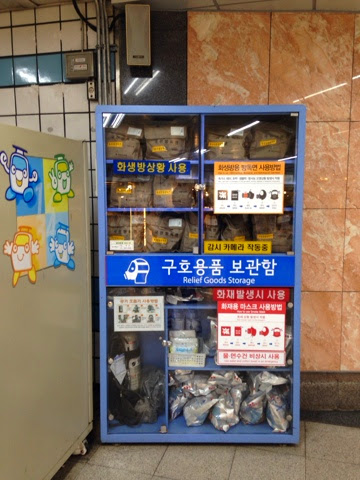 I suppose it makes sense when you have a nuclear-armed enemy direcly north of you, but it was still an odd sight to see.
Note the adorable cartoon characters on the wall next to the emergency gas masks.  Koreans love their cuteness, and it showed up everywhere.  From figurines hanging out on top of electrical boxes: 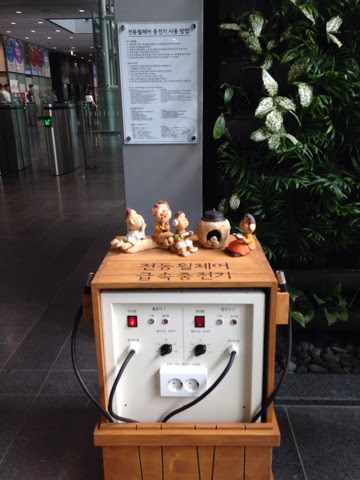 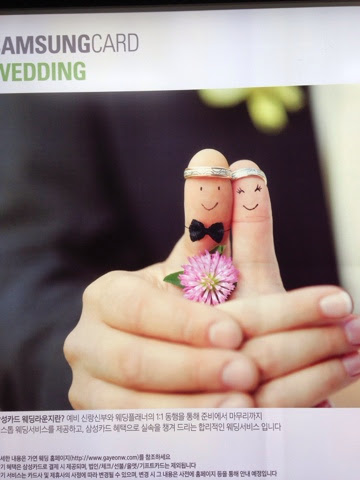 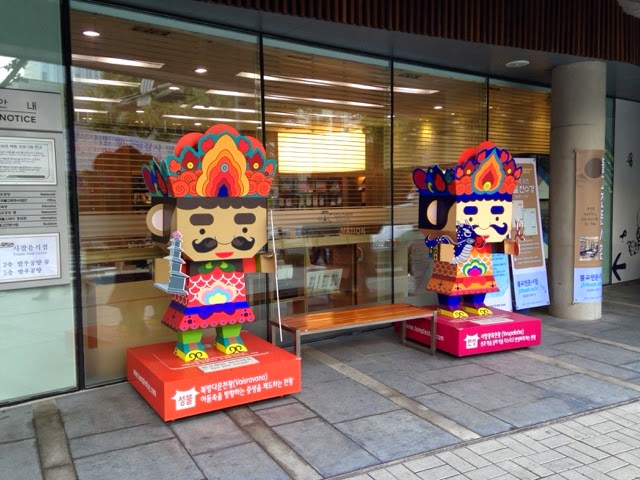 To the art at Gimp Airport: 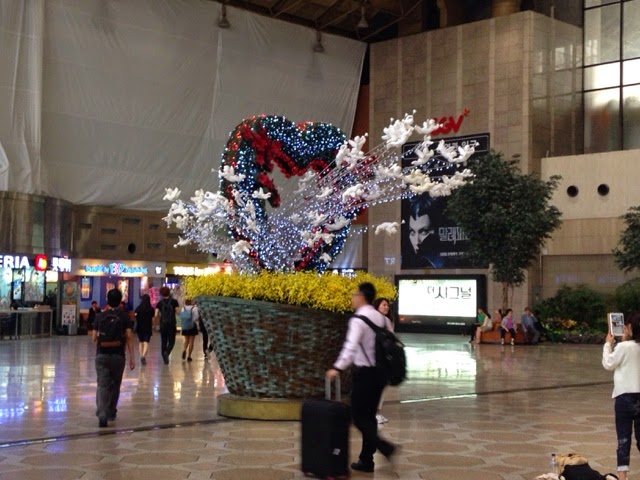 A giant illuminated floral heart with glowing white cupids shooting through it?  It’s like ice flakes with honey.
But what do you expect from a culture that also came up with “Coupling”?
Cindy explained this phenomenon to us when we arrived.  The trend is for couples to show everyone they’re together by wearing matching outfits (or, at the very least, matching accessories).  The 100 day anniversary of a relationship is usually the point where you celebrate by dressing alike, and once Cindy pointed it out we saw it everywhere, such as this couple in matching red baseball jerseys we spotted on the subway: 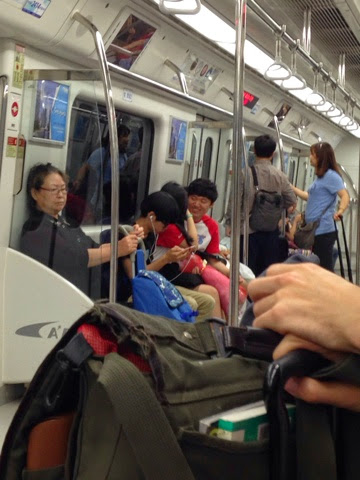 I can’t believe a trend like that hasn’t happened in my high school yet.
It’s not all-cute-all-the-time, though.  In fact, one thing I loved was noticing the little details that made everyday objects look a bit more Asian, such as the design of these planter boxes: 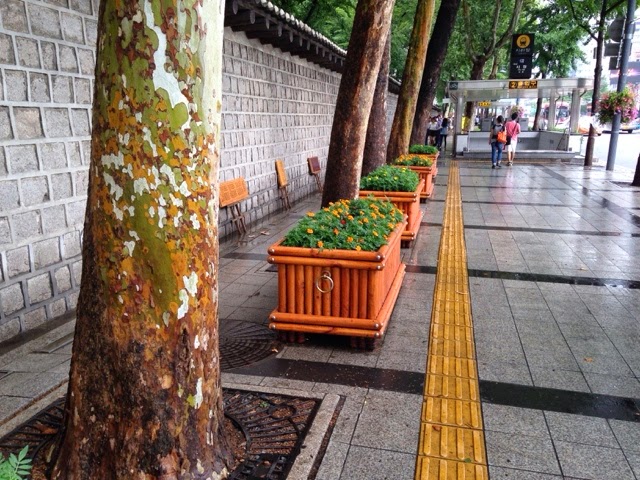 (also noteworthy: the array of colors on moss on that tree – so pretty!)
There were many traditional touches around the city, like these decorations: 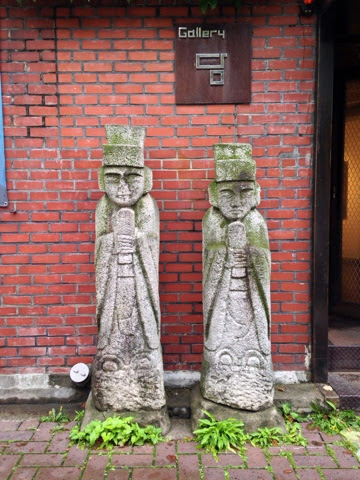 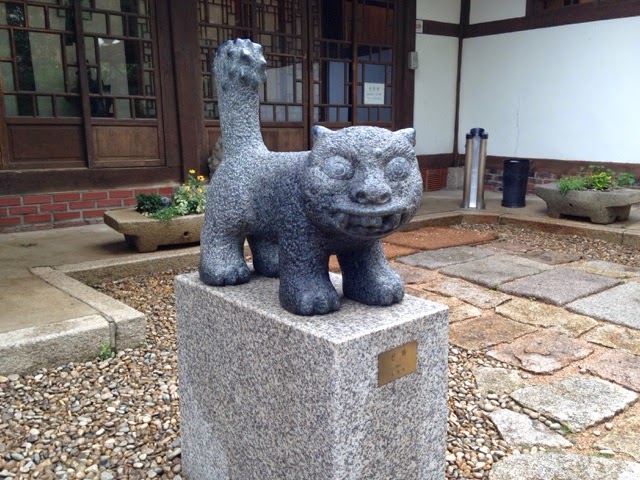 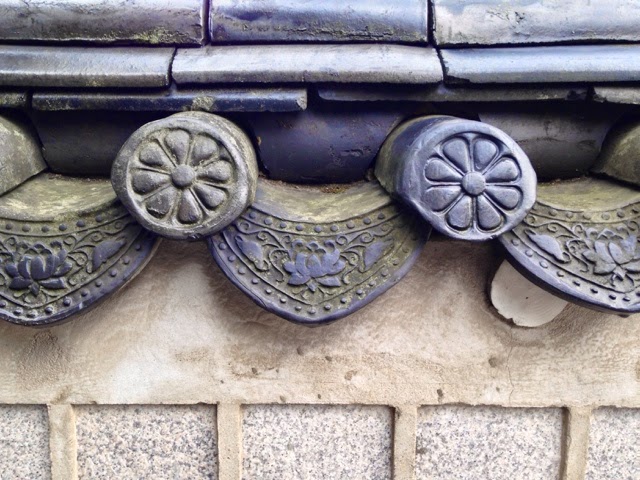 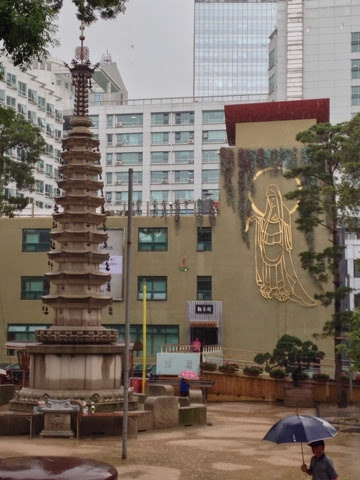 As you’ve seen in other posts of mine, though, Seoul has some really interesting moden architecture: 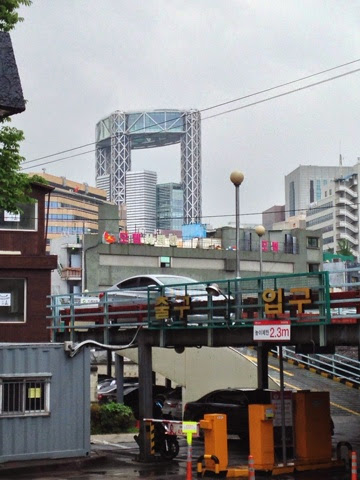 and I lloved seeing traditional designs against modern buildings: 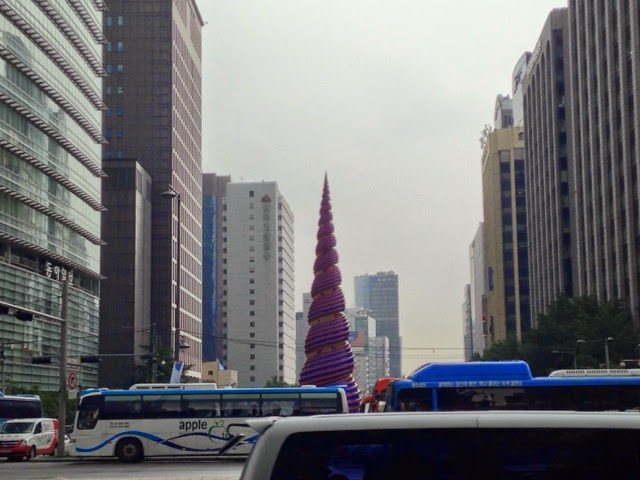 or, in some cases, combined into one, like in the curves of the top of this electrical box: 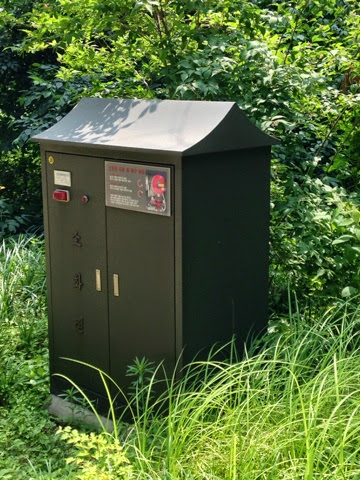 Seoul is really trying to be an international city, and I have to say that they’re doing a great job of it.  One touch I love is that the metro card also works on buses and cabs.  You can see the receptor where you tap the card to pay here: 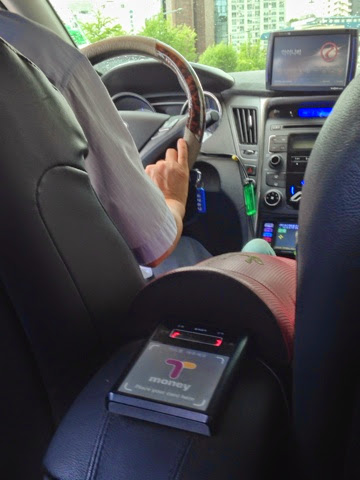 And every cab had this sign in the window offering free translation services by telephone: 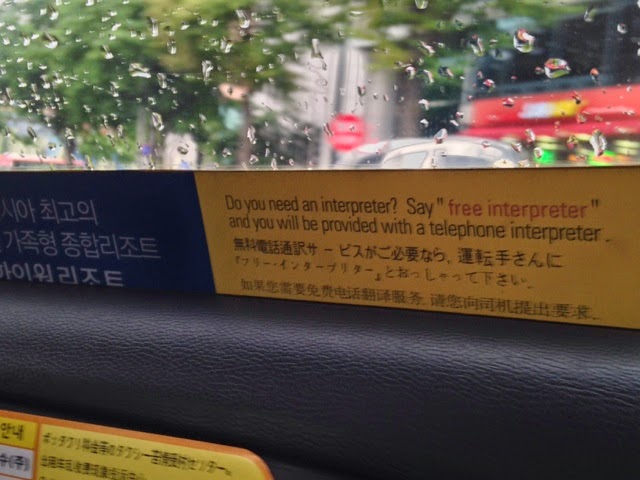 There was a lot of English signs around the city as a part of this effort, although the language was used with varying degrees of success from the close-but-not-quite: 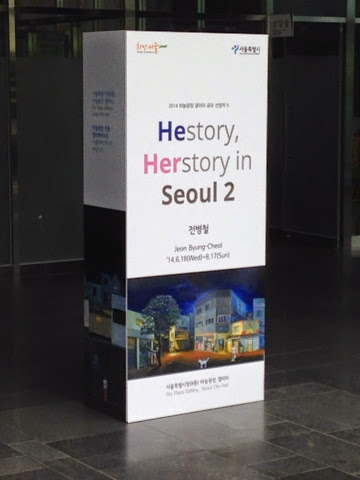 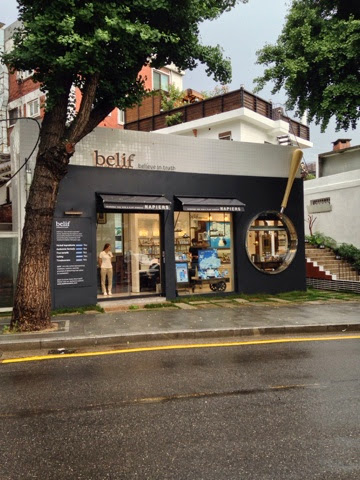 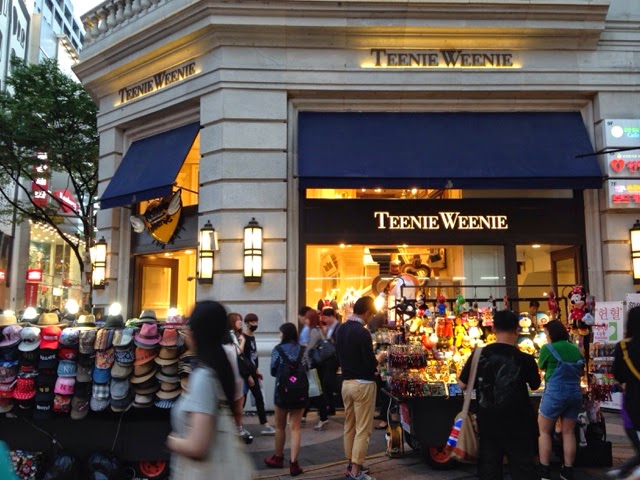 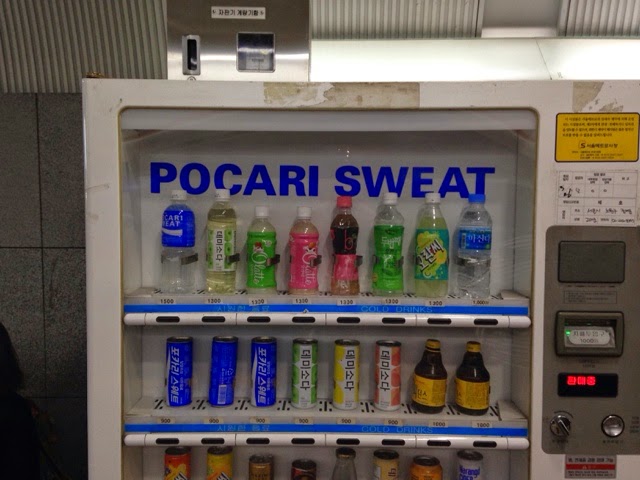 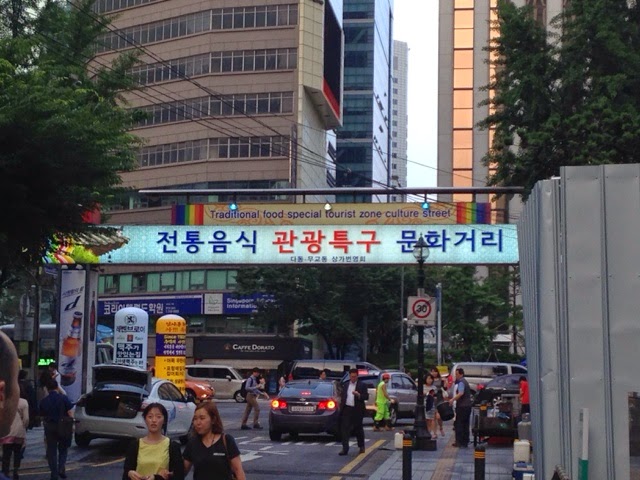 to the blatant rip-offs: 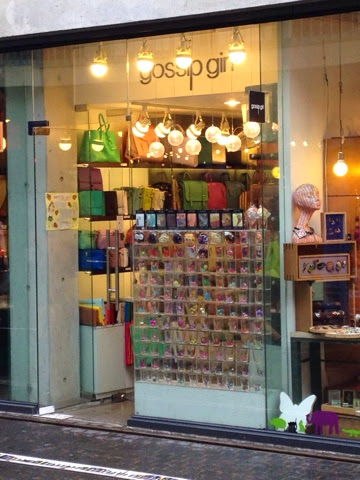 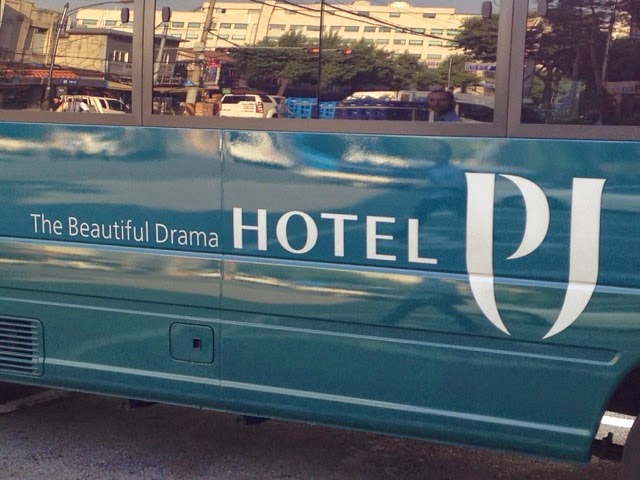 However, my favorite sign of the entire city is this one: 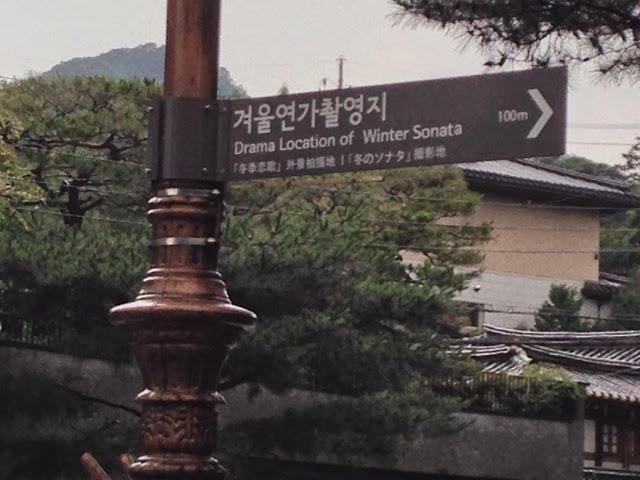 “Drama Location of Winter Sonata”
I have no idea what that is, but yes, I want to go to there