We had about two hours before the appointed start of our food tour.  After looking through the options for sigtseeing and relative distances, we decided to check out the City Hall and Seoul Art Museum. First up – figuring out a new metro system!
The nice thing about metros is that there isn’t much variety so it dosn’t usually take too long to get your bearings and get underway.  Of course, it’s a bit trickier to get your bearings when the maps don’t  keep North at the top: 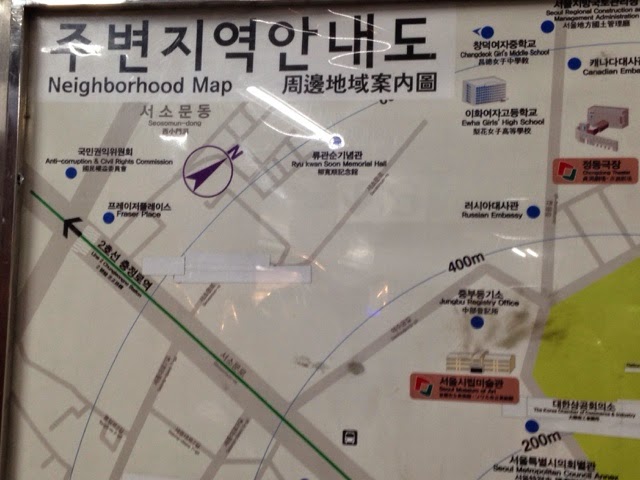 And it’s even more fun when they change directions with each new map: Once we noted that quirk though, it didn’t take long to find our way to City Hall. 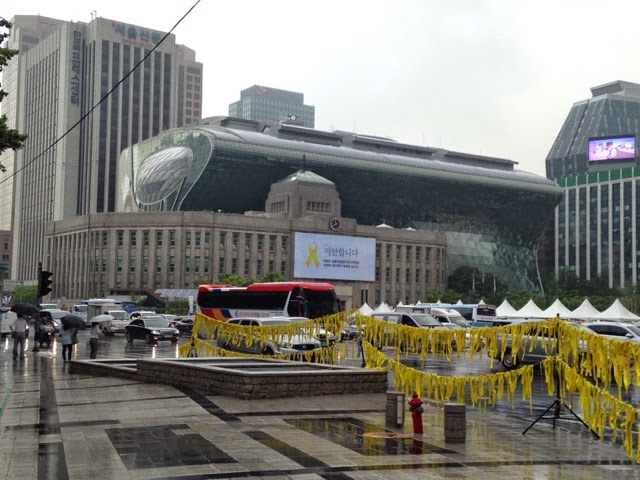 Described in the guidebook as “a tsunami of glass and steel,” this new City Hall building was completed only last year.  After snapping the requisite photo, I turned to Jason to see if he wanted to get closer.  He was looking in the opposite direction.  “Guess what I see?” he asked with a grin and a certain glint to his eye that means he could only have spotted one thing.  Without giving me a chance to answer, he took off: 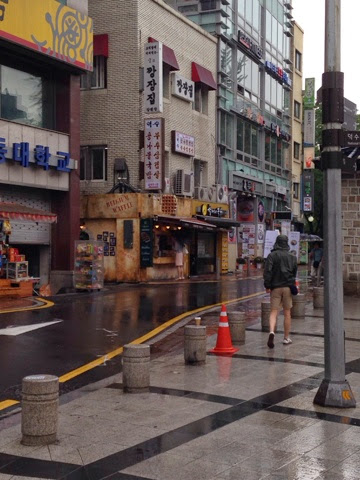 Yup, it was his waffle-look! 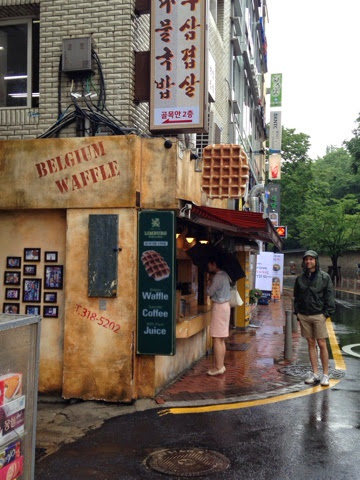 Belgian Waffles in hand (albeit scond-rate waffles without the necessary pearls of sugar), we could turn our focus back to the Korean sights. 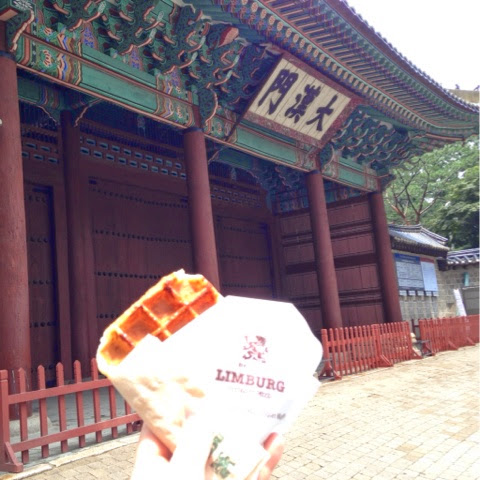 As we walked towards City Hall, these white tents and yellow ribbons abounded: 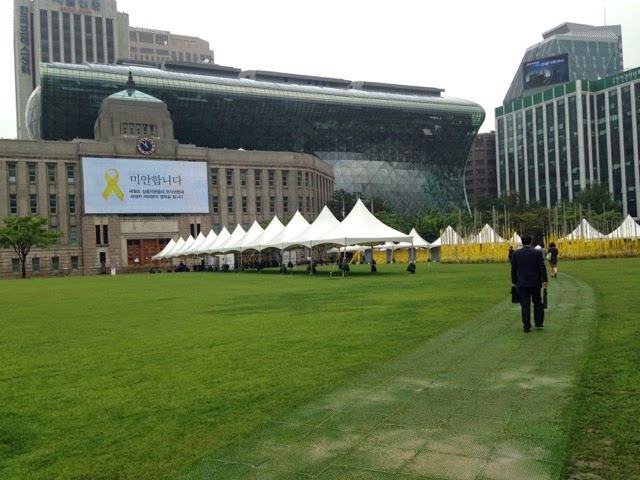 This sign was the only English explanation I spotted: 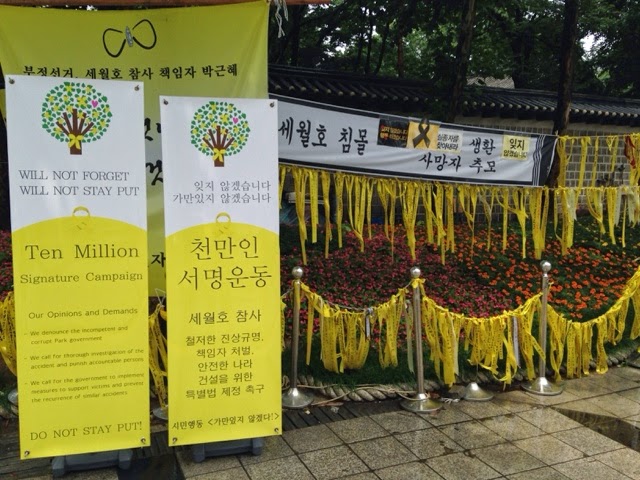 Based on the reference to “the accident” and the demands for justice, I’m guessing it’s a campaign in honor of the ferry boat accident a few months ago that killed so many children.
The lobby of the Cityy Hall was also quite interesting, with expansive green walls and an odd Chihuly-esque balloon sculpture. 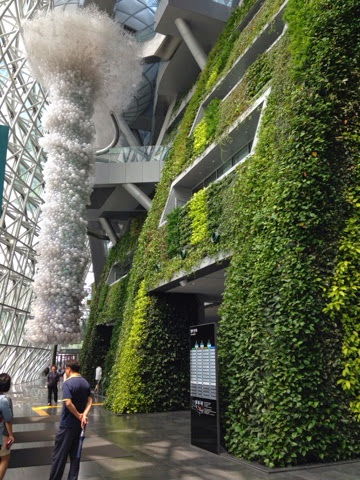 We figured we could duck into the Seoul Art Museum for a half-hour or so, but discovered once we located it that it’s closed on Mondays.  They had several sculptures in the gardens out front such as these: 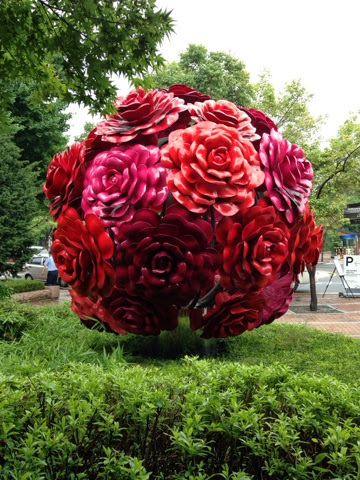 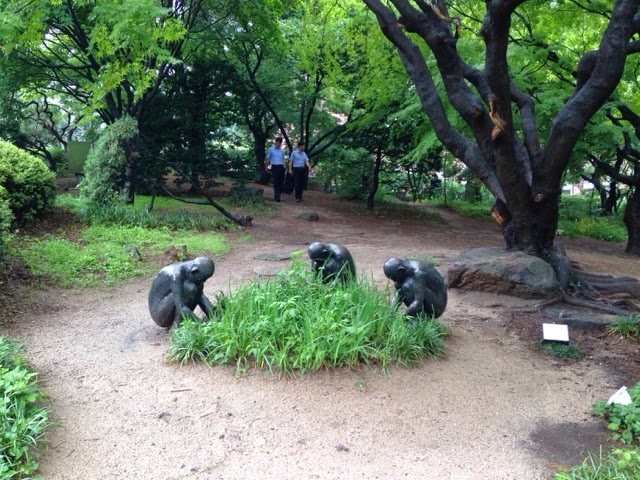 but one piece in particular gripped our attention: 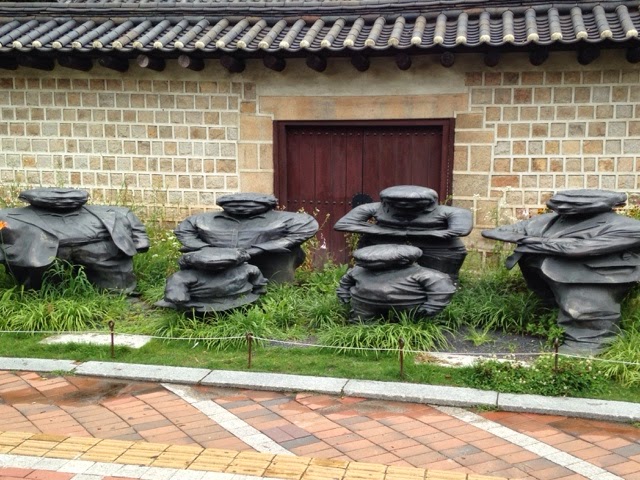 That’s not a smushed picture – the sculpture itself is created with the effects of an optical illusion.  The perspective trick was really strange to observe, changing constrantly each time you moved.  Here’s a shot of the figure on the right at eye-level: 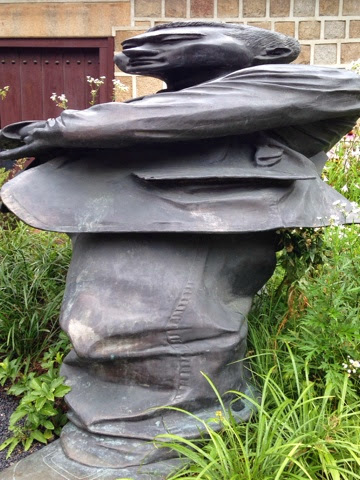 We walked back our to the main plaza and headed towards the rendezvous point for our tour.  The rain had been falling off-and-on throughout the morning, but just as we approached this building: 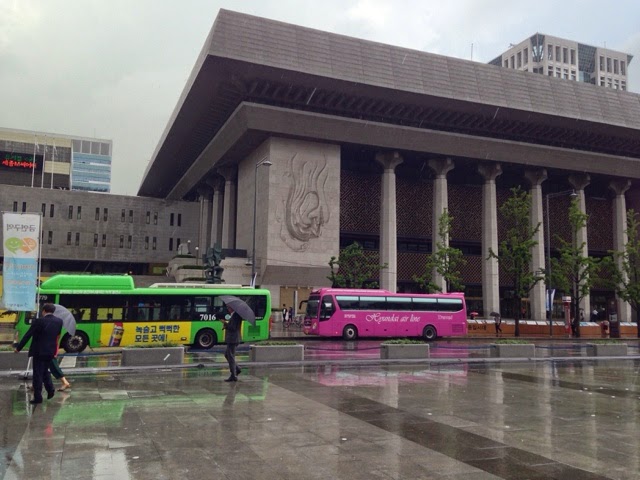 it turned into an absolute downpour.  We ducked under the awning to wait it out and discovered that it was the Seoul Performing Arts Center.  Moreover, we found ourselves standing right next to this poster: 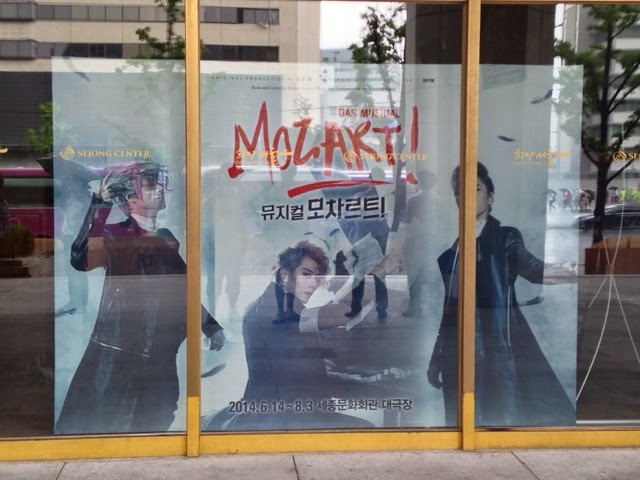 Here’s an alternate advertisment without the window glare: 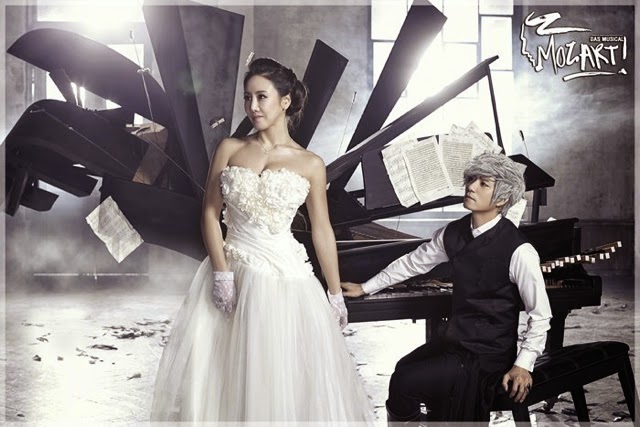 “Mozart!  Das Musical” with glammed-up K-Pop stars in silver wigs?  Uh, yes please!  We located the ticket office and bought two tickets for Tuesday night.  The ticket agent warned us, “Korean only.”  Honey, please.  We are so not seeing this for the plot. This is all about the spectacle that we sincerely hope is what sells a pop musical about an Austrian classical composer in South Korea.
Tickets in hand, we hailed a cab and headed to Anguk to meet our food guide.