Arrival in Seoul and a Rendezvous with Cindy

Once we collected our bags we met up with Cindy Greco, a friend of my family.  Cindy went to school with Rachel and Andy and worked for my parents for a while.  She’s been living in Korea for 2+ years now, and when I mentioned we were coming she kindly offered to meet us at the aiirport and introduce us to the town.
We left the airport eventually, but stopped first for a Bibambap and Gimbap pick-me-up 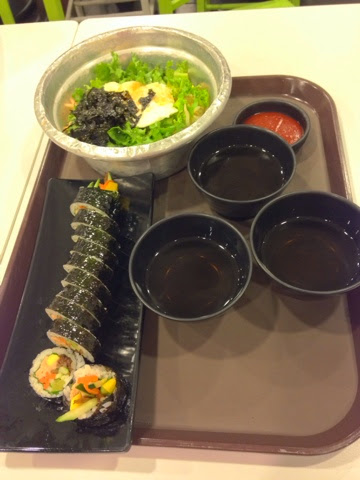 (A rice-and-egg-and-salad bowl and a sushi roll with (canned) tuna)
Cnidy led us out of the airport, passing a live stage musical performance and an ice skating rink: 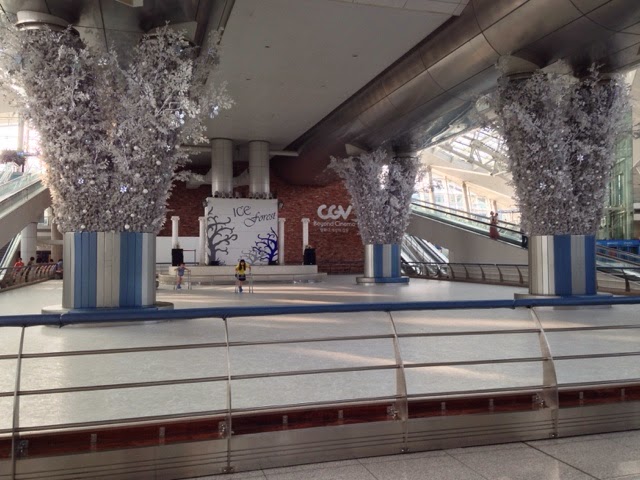 We took the train into town, switched lines, and headed out of the station at our stop.  There was a billboard advertising our hotel right next to the exit. 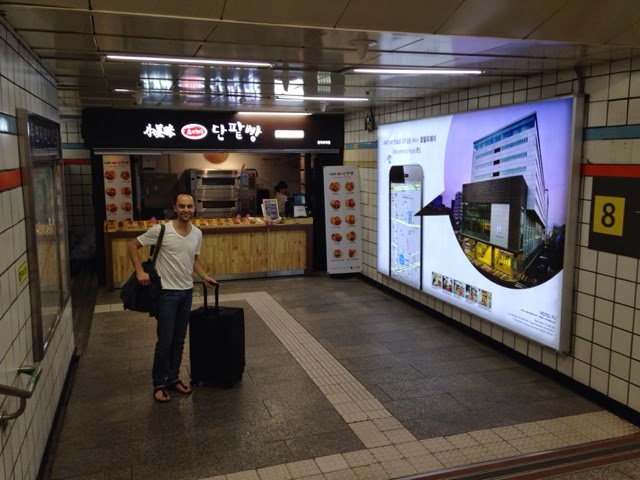 Cindy led the way out of the station and down the street.  After about ten minutes of walking past several neon green pet stores with highly fluffy puppies and kittens in the windows and a lightening storm overhead, we decided that we didn’t know where the hotel was.  So, following Waterhouse Rule #2 For When You Get Lost in the Big City, we hailed a cab.
Good thing  too.  Just as the cab pulled  up in front of the hotel, the rains hit.  Cindy had warned us that it was the second day of monsoon season, and boy, we could tell.
The hotel staff was quick to take our luggage, check us in, and hand us towels to dry off.  Jason and I headed to our room to drop off our stuff while Cindy promised to check into dinner possibilities.
When we came back downstairs, she told us that the concierge had arranged for a car to take us to a Korean Barbeque restaurant somewhere.  She checked multiple times to ensure that we wouldn’t need to pay for the car – apparently that’s something restaurants do here?
Jason and I, sharing flashbacks to the awful belly-dancing tourist-trap restaurant meal-that-wouldn’t-end experience in Marrakech that resulted from the last time a hotel staff assured us that they would escourt us to the perfect place to eat, were relived to find a place that was small, filled with locals, and with nary a bellly-dancer in sight.
There were octopodes, though.  Right next to my chair.  I took a photo, then tried to forget that they were there, 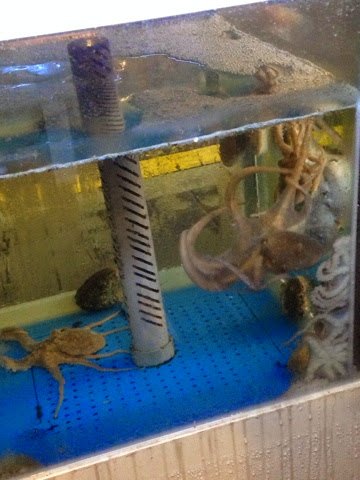 Cindy took charge of ordering, and soon we had a wealth of food spread before us (sans octopus): 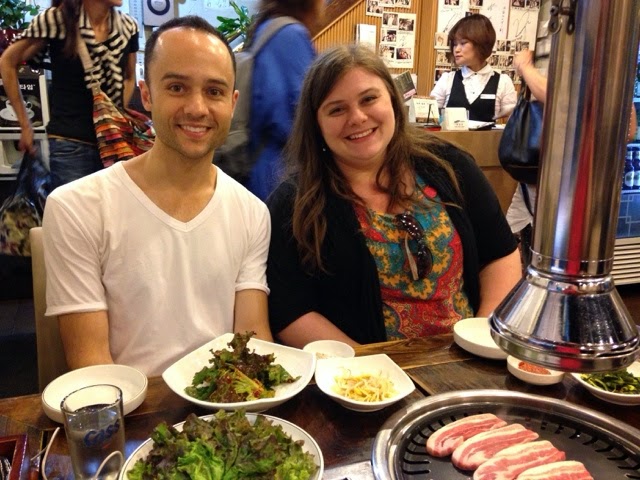 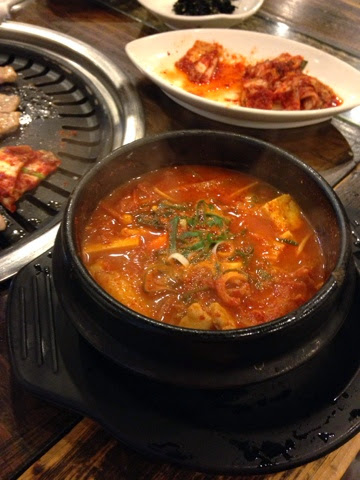 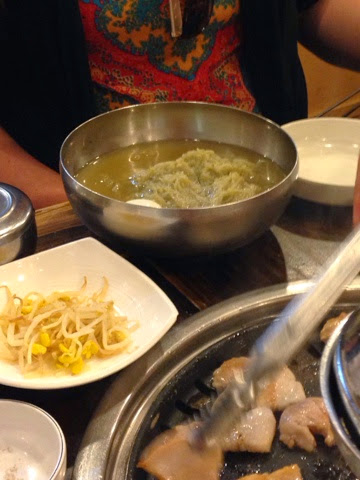 We quizzed Cindy about Korean culture, customs, and words while we ate samgyepsal (pork), maenyeong (cold buckwheat noodle soup), and kimchi jigae (kimchi stew).  The pork was grilled at the table, and we ate using the metal chopsticks that are, according to Cindy, typical of Korea ever since the king commissioned a set to inhibit would-be-poisoners. 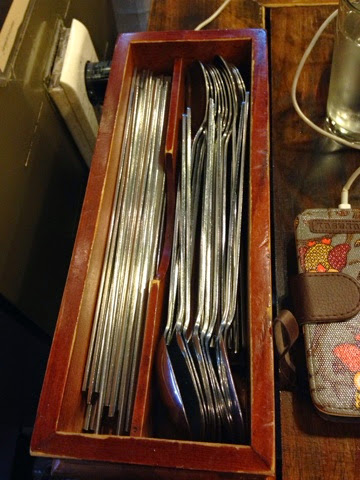 By the end of the meal Jason and I were both dropping, so we took the car back to the hotel and bade Cindy good night with plans to meet up again tomorrow.