Alas, Jason’s work demands exploded this week; so when I arrived at our hotel, he was still at the New York office, lawyerly slaving away.  I unpacked, then tried (unsuccessfully) to stay awake by watching Colbert.

At about 1:30 AM, the front desk called to see if I wanted them to let a certain Mr. Davis up. Which was odd, since they had no problems with checking me in to his hotel room, listed under his name.
In any case, a dapperly dressed Mr. Davis soon appeared at my door, his Chuck Bass-style suit and bow tie putting my pajama pants and tshirt to shame.
Happily, the work he put in that night plus his taking the early train out Sunday put a large enough dent in the demand to allow him to play with me today.
And by play, I mean eat good food.  Starting with brunch. 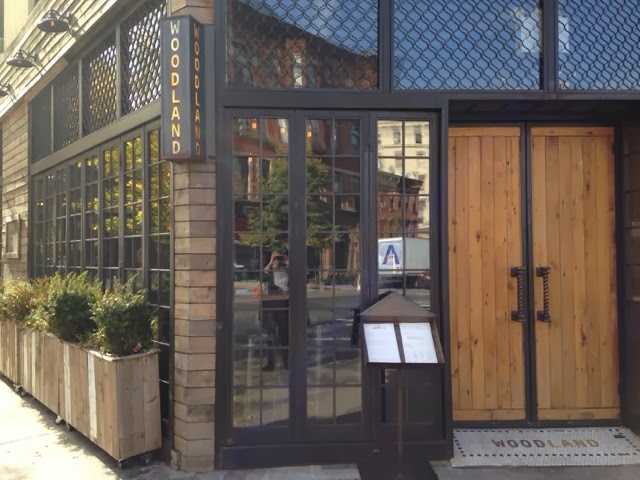 We walked a few blocks over to an area that lit up with restaurants on the Yelp app, and picked the first one that looked good:  Woodland.
With an upscale hipster charm (think forest murals painted on brick walls), it seemed an appropriate way to begin our day in Brooklyn. 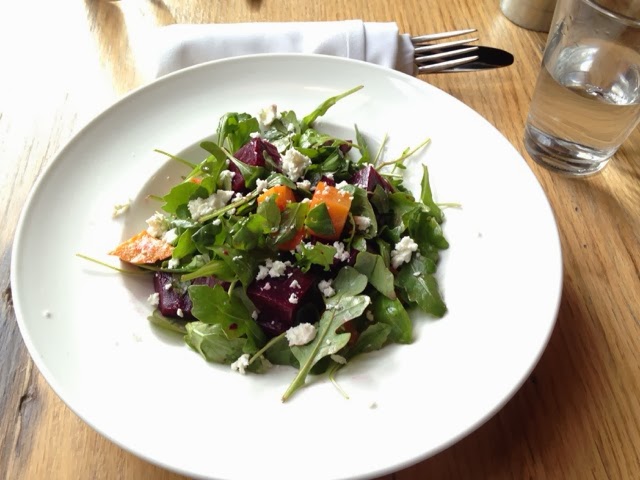 Roasted beet salad with goat cheese and arugula.  Because of course. 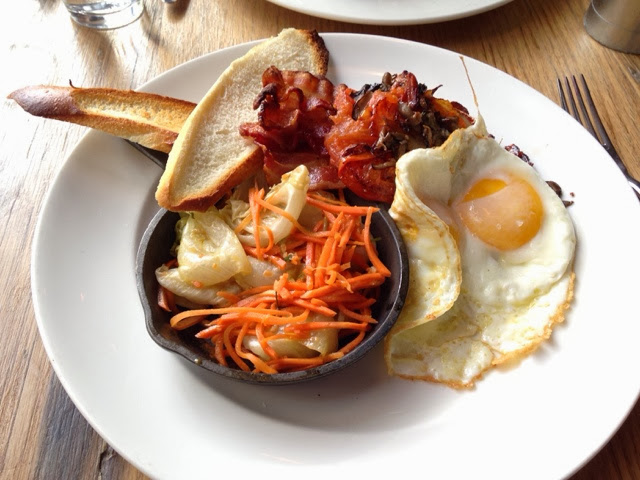 The Full Brooklyn – eggs, sausage, bacon, sautéed mushrooms and tomatoes, with a side of pickled lettuce (!) and carrots

Fortified, we headed out to explore the borough.