Brian’s been working on a short film off and on for a few months now.  He’s had some trouble rounding everyone up to shoot, but the planets aligned on Saturday and he invited me along to act as a production assistant.

He’s been hunting for a large open room in which to film the final scene.  We discussed my school cafeteria, but it actually doesn’t look much like a “normal” school cafeteria.  Happily, his boss offered him the use of her… barn?  Horse arena?  Giant dirt room? 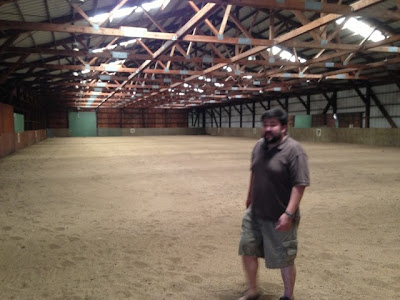 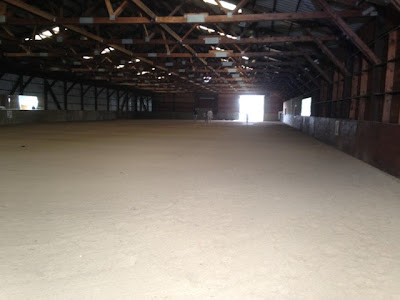 which is housed inside this place: 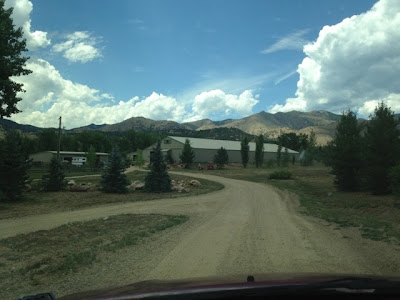 and is lined with these: 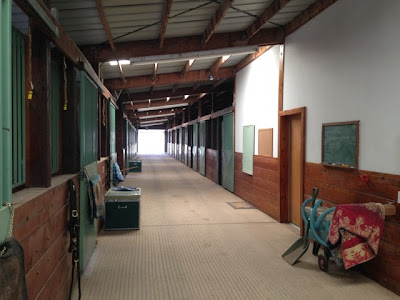 which are filled with these: 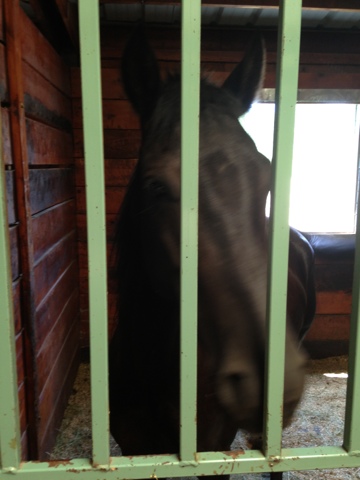 I’m not sure how much of the movie I’m allowed to describe.  It’s a horror movie, of course.  Short, cannibalistic, with a twist at the end.  Just what you’d expect from Brian.

While this is a hobby for him, you have to admire the quality of the equipment.  I mean, they rented lights! 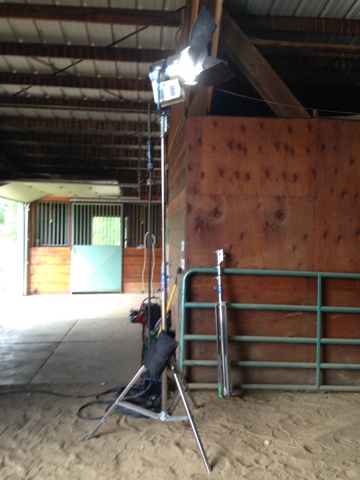 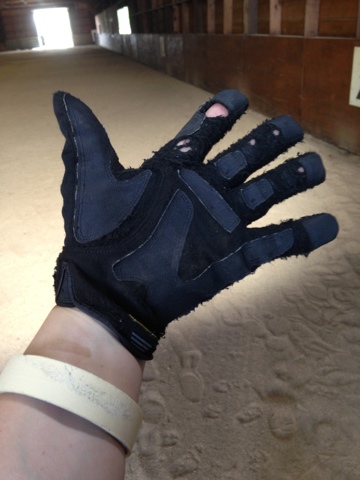 The masking tape is mine.  I learned long ago as a techie to keep tape on my wrist and pencils in my hair.
My getup couldn’t hold a candle to Brian’s, though.  Here he is in outfit for his role as writer/director/sound guy/undead extra: 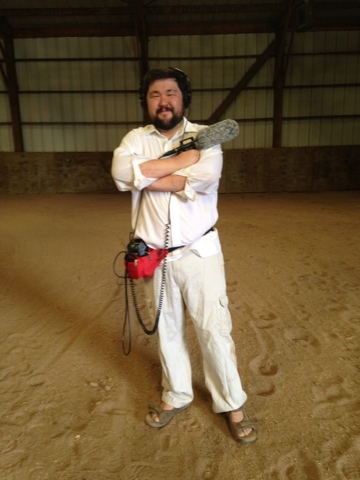 The other extras were friends that he talked into driving to the outskirts of Longmont on a Saturday to wear all white and lay down in horse dirt.  He also has Mavi and Shawn playing the leads while Jeff lends his expertise and his equipment as cinematographer. 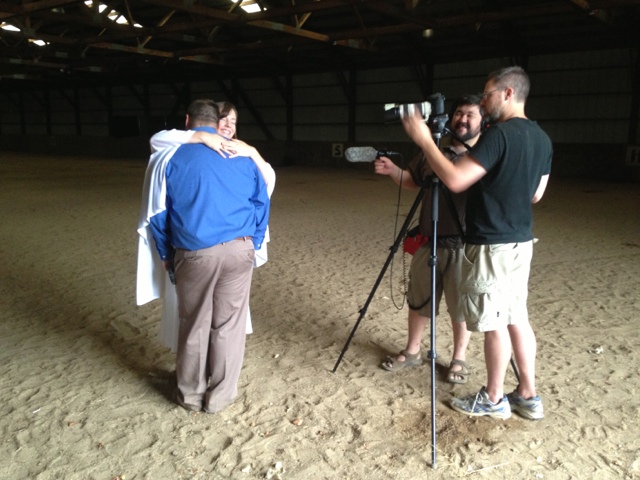 In addition to my stellar work with the light, I also worked (operated? clapped? manipulated? Vanna Whited?) the slate, took notes, and managed the talent.  The last task meant that I was the one to escort the extras from the ranch gate to the barn.  It also meant that when the daily Colorado rainstorm hit: 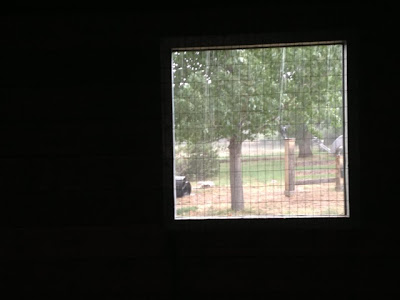 and suspended production for 45 minutes: 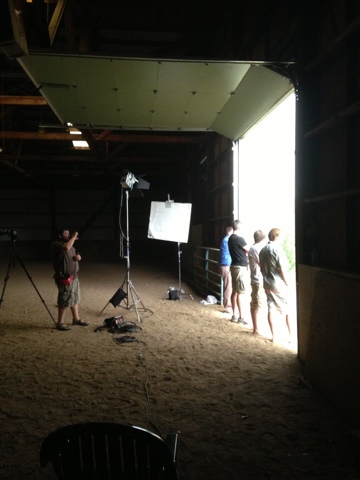 I drove the extras back out to the gate to meet their ride.  It was a very exciting 3 minute drive what with the downpour and the mudslides and the poor visibility and my undead passengers and prophesying old cowboys* and all.  Someone should make a movie of it. 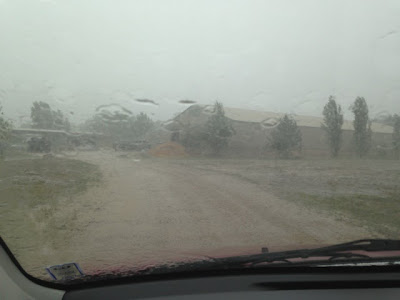 Unlike Brian’s though, mine would have a happy ending: 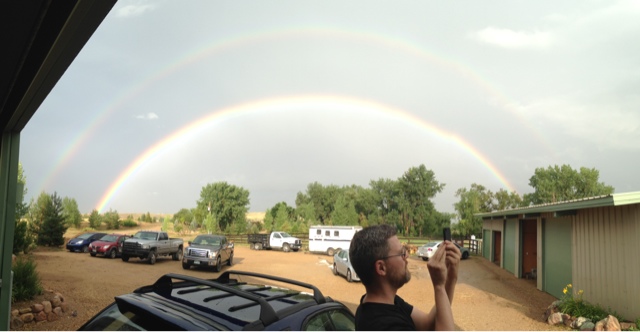 P.S.  I drove a long distance with a change in altitude, sweated in stifling heat, was rained on, ate Doritos, and came home covered in dusty dirt and smelling of horse.
I am therefore counting this excursion as a camping trip.
This brings my total number of camping trips as an adult to two.
Two!  I know.  I’m as shocked as you are.
* Scene:  Near the horse stalls in the barn.
Me: Bites a cookie while eying the horses with curiosity, suspicion.
One of the workers saunters up.  He’s an older fellow and is dressed, as all of the workers are, in exactly what you imagine cowboys wear.
Old Cowboy:  There are buttons on the wall next to the big doors.  Red ones.
Me:  Swallows bite while eyeing the older cowboy with curiosity, suspicion.
Old Cowboy:  I just wanted to make sure you knew.  There’s a storm blowing in.  Y’all might need to shut the doors.
Me:  Nods.  Thanks.
Old Cowboy:  Nods back, then walks away with boot heels and jangling spur sound effects.
Thunder rumbles in the distance.
Nearby Horse:  Whinnies.
And… scene!