Opera at the Mariinsky Theater

This is the Mariinsky Theater: 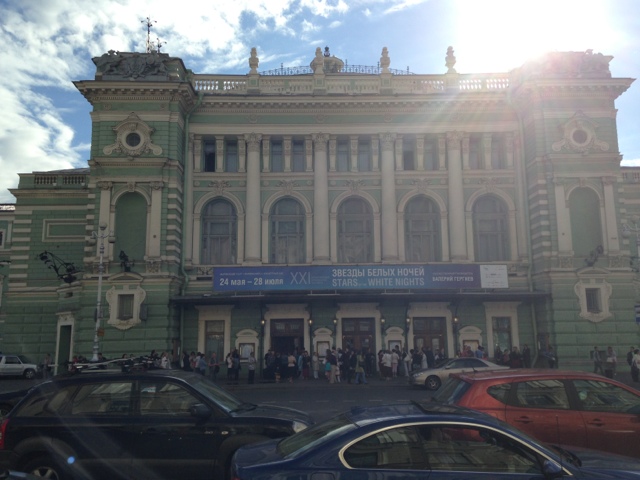 It’s well-known for its lavish interior, as all theaters should be.  (I’m going to have to add “paint ceiling mural of cherubs/muses/allegorical history of performing arts” to my to-do list for MTHS’s theater.)  The Mariinsky is also the site for many classical music premiers (including some of Tchaikovsky’s work) and is the current home of (surprise!) the Mariinsky Ballet and Opera.
As part of the White Nights, the Mariinsky had a packed schedule of performances, rotating through their repertory of ballets and operas.  We stopped by the box office on our first afternoon in St. P. and left with three tickets for Prince Igor the following night.
We also admired the miniature replicas of the theater that were encased in the wall next to the box office.  There, in tiny scale, we could not only admire the interior we were going to see the next evening: 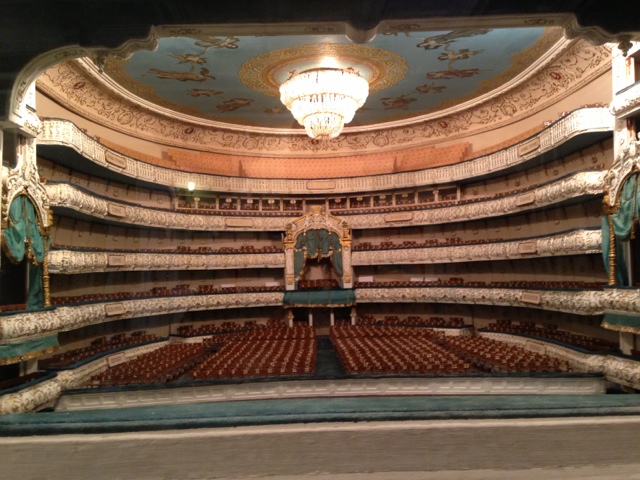 but we could even identify the exact location of the seats we had just purchased! 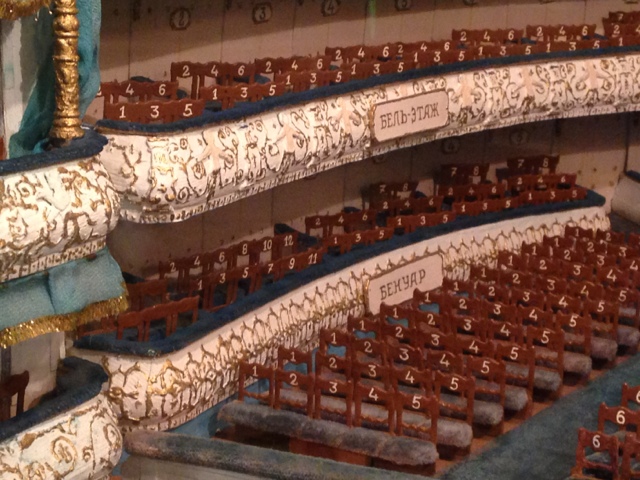 After we lingered a bit too long at Peterhof, we had a race to get back to the hotel to change and then to the theater.  Fortunately, Boris insisted on driving us to the theater from the hotel, which saved us the hassle of trying to get a real cab.  I was worried about the time, especially with the traffic building as it was while we made our way back to the hotel.  The thought crossed my mind that we could have just gone to the show as we were, but then I remembered my mortification at going to the modern dance concert at the Kennedy Center back in March.  We had rushed from a day of sight-seeing (and a delicious dinner) straight to the performance and I was wearing sneakers.  Sneakers, I tell you!  And we of course ran into several of Jason’s Kennedy Center friends at the performance, each new introduction reminding me that I was meeting people at a show in sneakers.

Fortunately, Dionysus is in favor of well-dressed patrons and made sure that we arrived at the theater with five minutes to spare – just enough time to find our seats and snap a couple of pictures of the full-sized theater: 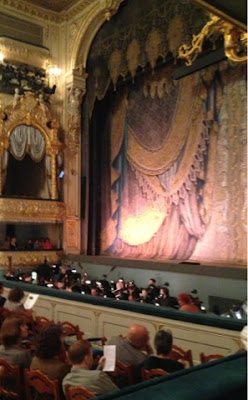 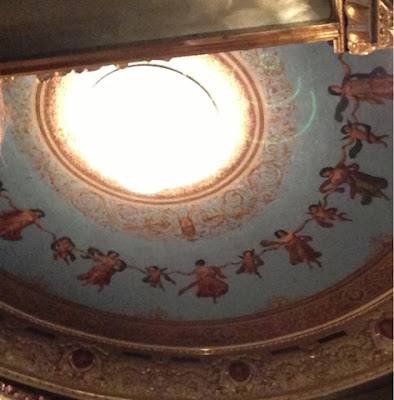 A glimpse of the cherub-and-angel mural 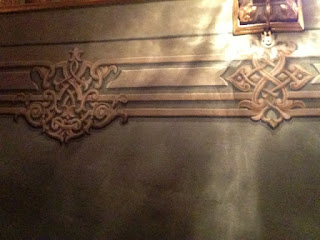 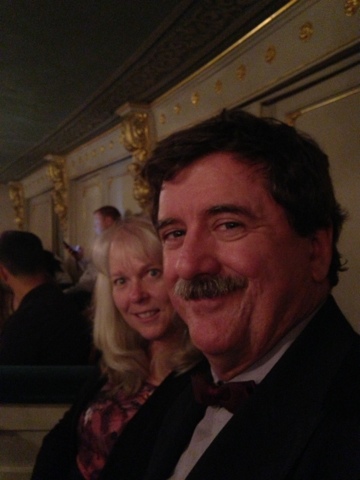 Avec bowtie.  Much better than sneakers.

Dad also took this panoramic shot of me, the house, and the curtain.  It may be worth embiggening.

Going into the show, I knew next to nothing about this particular opera.  We did some quick Wikipedia scanning immediately beforehand, enough to figure out that it’s a war story known for the Polovtsian dances (whatever those are), with lots of love and loyalty and revenge and trust issues.  Your typical opera fare.  To our pleasant surprise, they projected supertitles in English, despite the Russian libretto.

Also surprising was the Polovtsian dances.  The Khan (who was awesome) ordered his captures slave girls to dance for Prince Igor.  A couple of them did a quick series of ballet moves and I thought, “That’s it?  That’s the famous dance?  That’s almost as bad as Carmen’s seductive ‘dancing’.”

But then, a few minutes later, they began to dance again.  And the women started singing a song that I totally know (side note: that’s one thing I enjoy about my limited opera knowledge – those moments when I’m watching a performance and I suddenly recognize a song and think, “Oh, THIS?  I know this!  THIS is in this show?  Awesome!”).  And then the whole thing got awesome.

Here’s a video from a DVD the Mariinsky Theater released.  The costumes and choreography is a bit different from the one we saw, but it’ll give you the idea (and probably also an “Oh, THIS song!” moment too).

The uber-dramatic dancing starts at about 3:40.

It was not the best opera performance I’ve seen, but it was fun and very traditional.

Mom and I spent most of intermission in the line for the bathroom, but Dad scored some “snacky-poos” to tide us over for the last two acts: 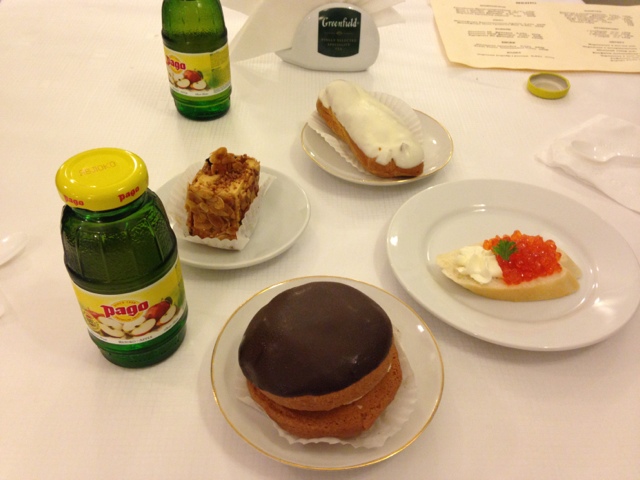 (Yes, we ate caviar at the Mariinsky.  How appropriate is that?)

The performance ended just before 11, and we decided to walk back to the hotel because we wanted to  find an open restaurant for dinner and because it looked like this outside: 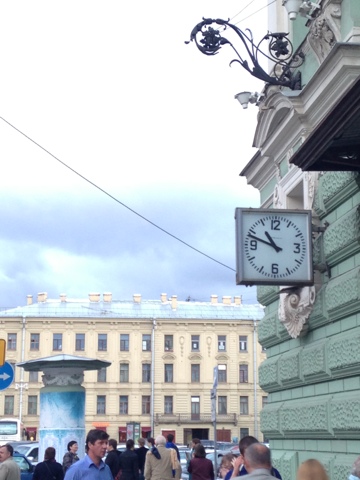