After a much-needed night’s sleep and an even better shower, we struck out for The British Museum, aka, The First Half of My Humanities Class.

Seriously.  Those Brits stole everything!  For instance, in this one shot are three things I cover in Humanities from three totally different periods/cultures: 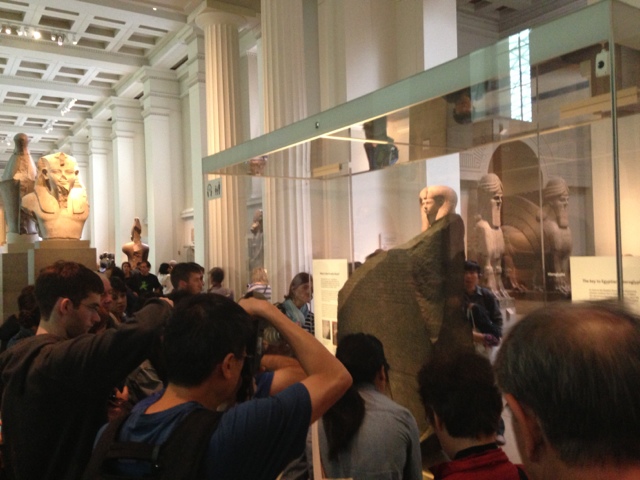 It was a lot of fun to see both things I knew well from my curriculum: 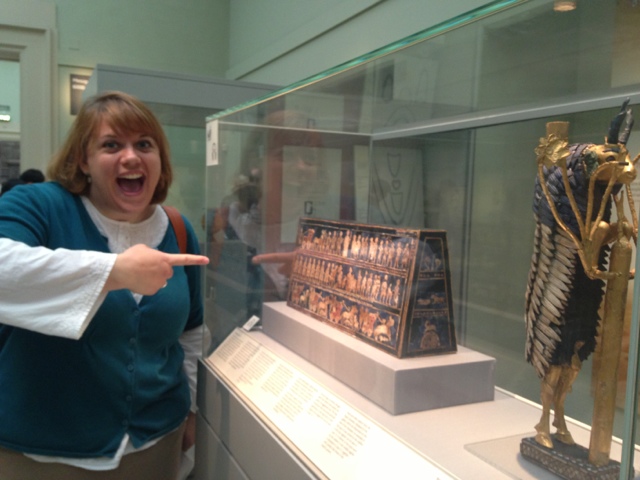 and things I’ve never seen before (the clock room and the Lewis chess set were particular highlights).
I took tons of pictures, but the internet’s being flaky here so I’ll have to hold off in the upload.  Alas.
After a quick bite at the museum cafe (baguette sandwich and pastries and an old man having severe and slow-motion issues with gravity), we headed to the John Soane’s Museum. 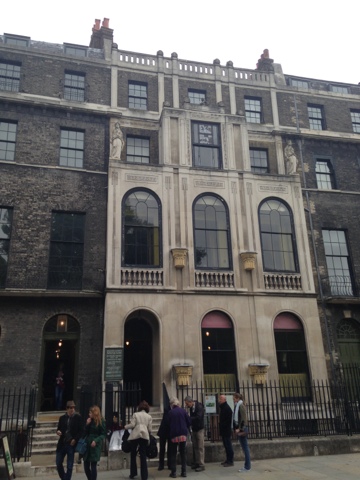 John Soane was an architect in the late 18th century who amassed an incredible number of purchases on his trips abroad, all of which are crammed (with some ingenuity) into his London home.  No photos are allowed on the inside, so you’ll have to come here yourself to see his shockingly yellow reception room (just like Monticello, Jason!), his full-sized copy of Apollo Belvedere, and his hall-closet shrine to Shakespeare.
We had an hour until dinner, so off for a quick jog through the National Gallery: 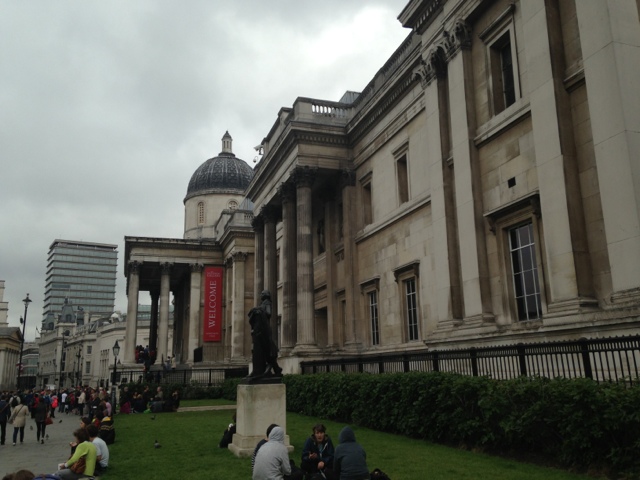 And then dinner at Al Duca’s 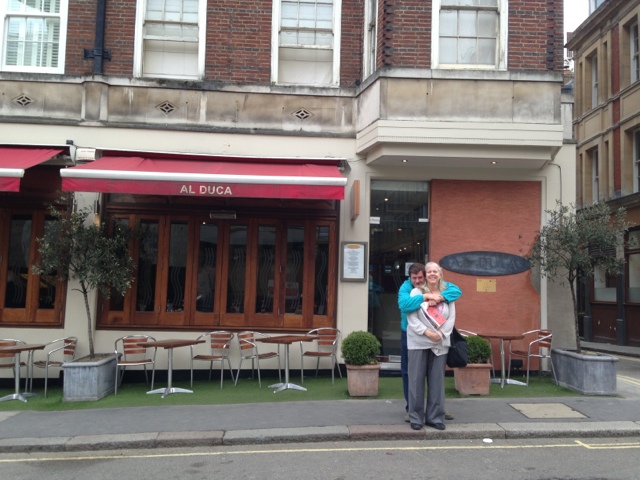 where this appetizer was amazing: (seared goat cheese on beet roots with grilled pear and hazelnuts)
and then the show, which I told you about before.
Whew!  My feet hurt just thinking about it.  We’ve got one more day in London, though, and plenty of sights left to see so it’s time to tuck in.