Our second day in Chicago began with a trip to the Lincoln Park Conservatory to check out their spring flower show (and some hidden dinosaurs): 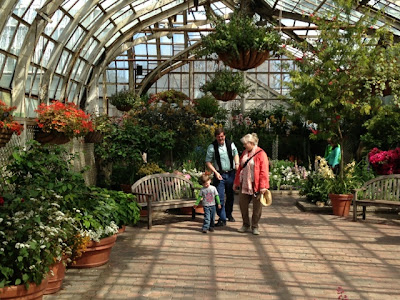 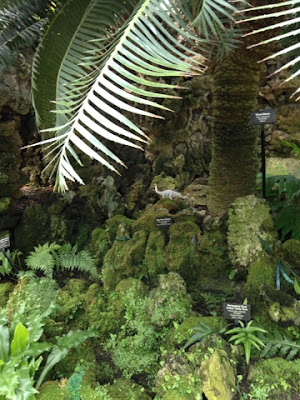 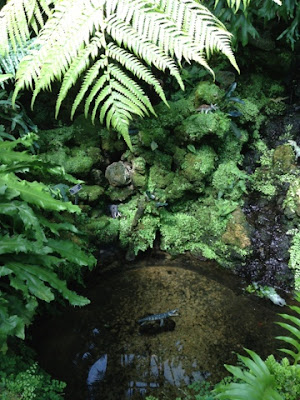 Following that bit of nature, we went to the Shedd Aquarium to check out the fish. 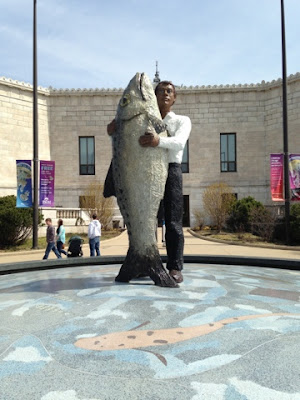 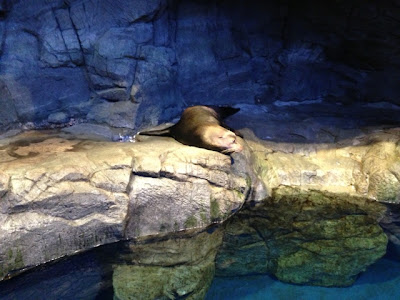 The white beluga was particularly friendly: 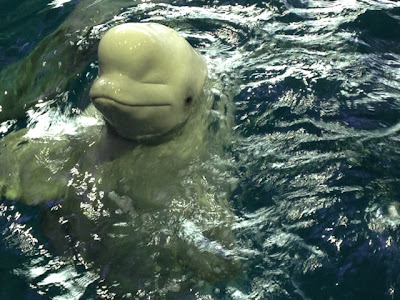 Jason and I met up for a Michelin dinner before the show that night.  We were tempted by tasting menus, but limited by theater tickets, alas.  Still, our meal at Naha was delicious!

We had a bit of time before meeting the other for the show, so we ducked into a pharmacy so I could buy cough drops (foreshadowing!) and into Marshall Fields to see the mosaic ceiling. 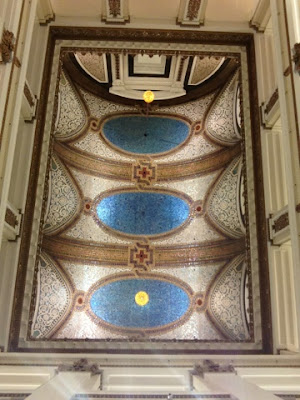 Big Fish is a musical adaptation of the movie in its pre-Broadway engagement in Chicago.  There were some fun effects (tree roots!), but it felt clunky and obvious, lacking the grace of the movie.  Nothing like having the two main characters sing “There’s a river between us” three minutes into the show to eliminate any possible nuance.  Still flashy Stroman dancing, good singing, and a good budget for technical elements go a long way for an evening’s entertainment.

On our way to dinner, Jason and I swung by Vosges to get a late-night chocolate treat for the group, which we enjoyed in hushed tones while Jack was sleeping. 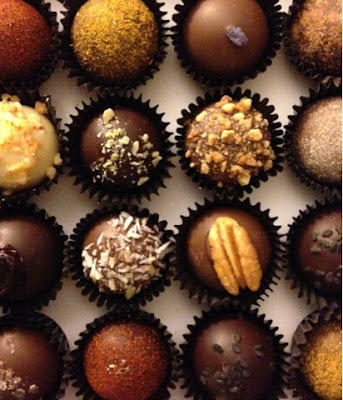