It’s the last evening of my spring break.  Oddly, I’m not on an airplane or driving back from somewhere.  I’m home, and I have been for almost six consecutive days now.  I haven’t slept in my own bed that many night in a row since early December, so it’s taken some getting used to.

I decided to use my spring break as a test run for this summer.  For once I’m not planning a grand, multiple-week virtual move across the country or oceans, and while I think it may be good for me to stick around for once, I’m also quietly freaking out about it.  So I planned one trip for the beginning of my break, then decided to use the rest to see what it’s like to be at home.

Knowing myself, I deliberately planned at least one activity per day that would a) get me out of the house and b) involve interaction with people I know and like.  And that was fun.  I really enjoyed being able to work out with Rachel, to go to dinner with Lisa and to lunch with Tammy.  I accomplished many things – I babysat Jack, wove, sewed, fixed my stove, got a massage, went to trivia with Rachel and Brian, did a lot of spring cleaning, watched a lot of The West Wing, and read five books.  Since I didn’t pack all of that into one day, I don’t feel like I get to declare with capital letters that I Accomplished Many Things, but I was productive and that’s good.

I also made a point of enjoying spring.  Last Friday in DC as we visited the different monuments, I reveled in the pleasure of walking in the sunshine.  It felt so good to be outside, to be done with speech and the musical and school (for a few days at least), and I remembered again how much I miss sunlight during the crazy six months of the year.  I’ve emerged from Hades, though, and spring is right on cue.  Sure, it’s a Colorado spring, so it came with six inches of snow, but other signs are there.  For example, my shamrock has finally recovered from it’s annual pruning (courtesy of Natasha): 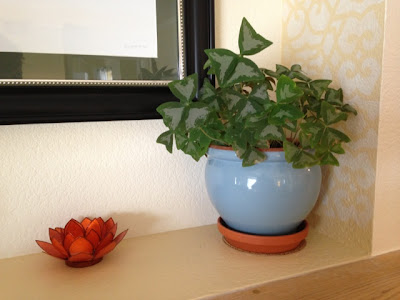 So one of the first things I did when I got home from DC was buy a lot of produce and a few bunches of flowers.  I wanted more foliage at home, and I love the unabashed brightness of daffodils this time of year: 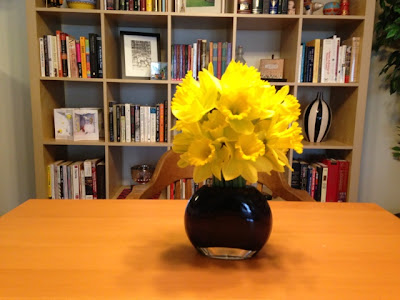 That bouquet combined with the lilies I bought has made my home smell perfectly verdant. 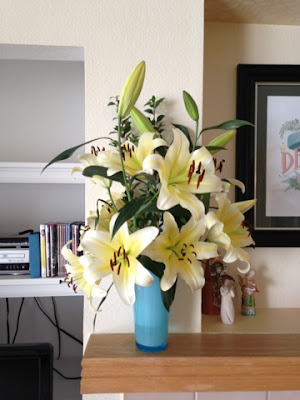 Still, six days of unstructured semi-productivity is about all I can handle.  I can manage the two months and two shows I have left this school year, and I’ve almost wrapped my brain around the notion that tomorrow I’ll be able to just leave after school.  No rehearsals, no practice.  I’ll just walk out of the building and into the sunshine at 3:30 with the other teachers.  It will be a pleasant change of pace, and I am looking forward to a calmer period of work.

But the two months after that, stretching out in front of me with no firm plans, purpose, or direction?  Those are daunting.